The bitcoin price has rocketed over the last year, soaring to an all-time high of around $69,000 per bitcoin this week in the run up to taproot's activation, however, the price of ethereum, Binance's BNB, solana and cardano, have all risen at a far greater clip during the last 12 months.

"The upgrade could be a macro turning point for evolvability and innovation, merging the best of post-SegWit conservatism with the energy of new beginnings," Ninos Mansor, partner at crypto investor Arrington XRP Capital, wrote in a report out last month.

Bitcoin's latest upgrade, which includes so-called Schnorr signatures that allow more complex bitcoin transactions to look like just any other transaction, is the first significant change to the protocol since the introduction of Segregated Witness (SegWit) in 2017. SegWit, designed to help bitcoin scale, was implemented at the height of the so-called block size wars that saw the bitcoin community riven in two, with one side breaking away to create a payments-focused fork of bitcoin, known as bitcoin cash.

"Four years in the making, Taproot is a non-contentious proposal, which leaves behind the scar tissue of the block wars and shows the market that bitcoin can evolve while still maintaining an ethos of extreme political stability," Mansor wrote.

Since 2017, bitcoin has increasingly been seen as a store of value, more comparible to digital gold than a payments network. Mansor believes this could change as bitcoin's network is better able to compete with ethereum, its smaller rivals and even commercial networks like Visa.

"While most of the market has focused on the rapid innovations in ethereum layer tw0, the climate for bitcoin layer two is evolving extremely quickly," Mansor wrote, referring to projects built on top of exiting blockchains that can speed up transactions and reduces costs by moving them off chain, adding: "Bitcoin could theoretically become a Visa competitor, with new products that revitalize bitcoin’s capabilities as a medium of exchange."

Ethereum and its major rivals Binance's BNB, solana, and cardano have all seen their prices soar over the last year thanks to booming interest in smart contract, blockchain-based decentralized finance (DeFi) and non-fungible tokens (NFTs)—both largely built on top of ethereum's network. Many expect Binance's BNB, solana, and cardano to increasingly steal ethereum DeFi and NFT market share as the rival blockchains battle for dominance. 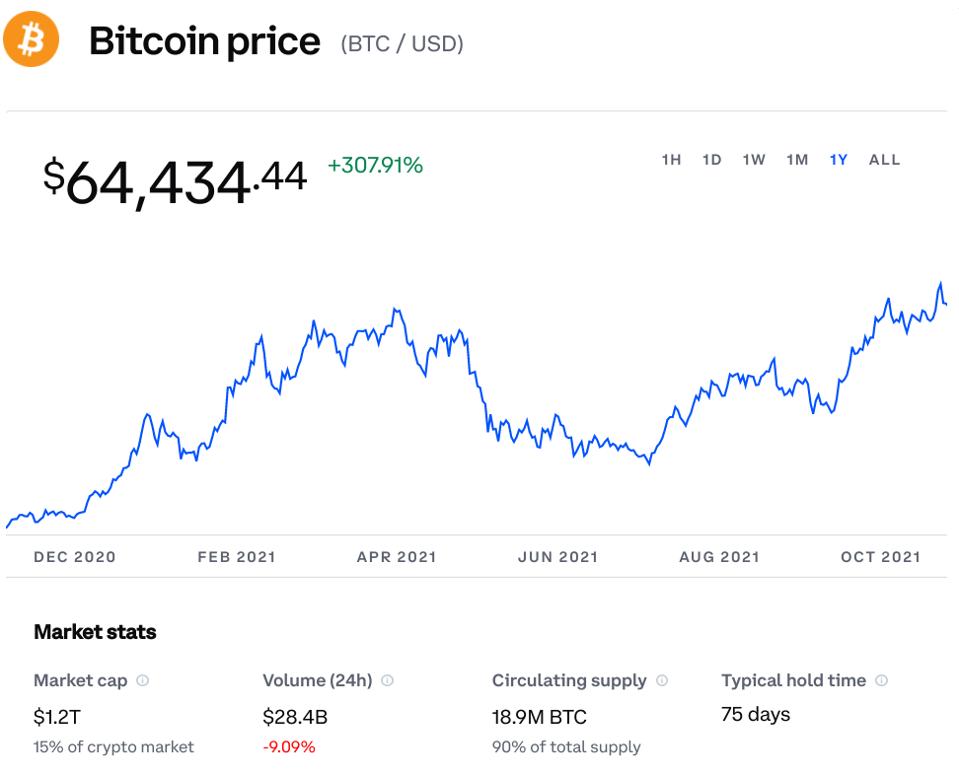 Bitcoin's layer two lightning network, speeding up and lowering the cost of bitcoin transactions, is often cited as an example of how bitcoin could compete with the likes of ethereum, Binance's BNB, solana, and cardano in the future.

"The price surge we’re seeing in bitcoin this week is about more than increased inflows—it’s the result of a combination of tailwinds that have been building for some time," Noelle Acheson, head of market insights at Genesis, wrote in emailed comments.

"The Taproot upgrade, which enhances bitcoin’s smart contract functionality and transaction privacy, reduces its transaction fees and makes Lightning easier and cheaper to use, all of which will boost bitcoin adoption," added Acheson. "What’s more, it serves as a reminder that bitcoin is a new technology and not just a store of value."