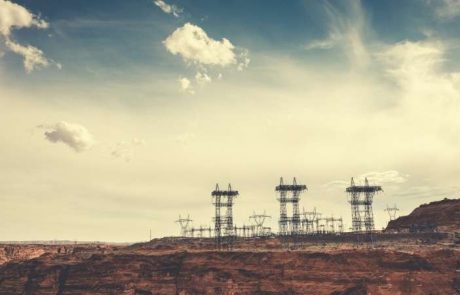 Cryptocurrency mining and environmentalism did not usually go hand in hand in conversations about the development of the blockchain industry, but one tweet from Tesla CEO Elon Musk was enough for the crypto community to start worrying about what Bitcoin and Proof-of-work miners are doing to the planet.

An investigation by Forexsuggest studied several cryptocurrencies and measured how polluting they are, calculating the estimated carbon emissions and the amount of resources that would be needed to counteract their effects.

As they explain in the report, they took data from Statista, Business Insider India, Laptop Mag, and other sources. Upon compilation, they computed the carbon emissions and the growth rate of such emissions.

Bitcoin, Ethereum and Bitcoin Cash: The Worst Cryptocurrencies For The Enviroment

As expected, Bitcoin and Ethereum are the two most polluting networks for the planet. They concentrate the most hash power too.

In 2021 alone, Bitcoin has emitted about 56.8 million tons of CO2, over two and a half times as much as Etherum. Such is the environmental impact that, according to company estimates, it would take about 284.1 million trees to neutralize all the polluting gas emitted by BTC miners.

Ethereum, for its part, is much less polluting, but its performance is far from healthy: Ethereum miners have generated 22 million tons of CO2 so far this year, requiring almost 110 million new trees to counteract its effects.

For its part, Bitcoin Cash, a Bitcoin fork born in 2017 with the goal of mining for larger blocks (resulting by consequence in an even more polluting network), ranks third on the list with just 1.5 million tons of CO2. However, it is the network with the highest year-on-year growth in emissions, increasing the amount of polluting gases by 748%. 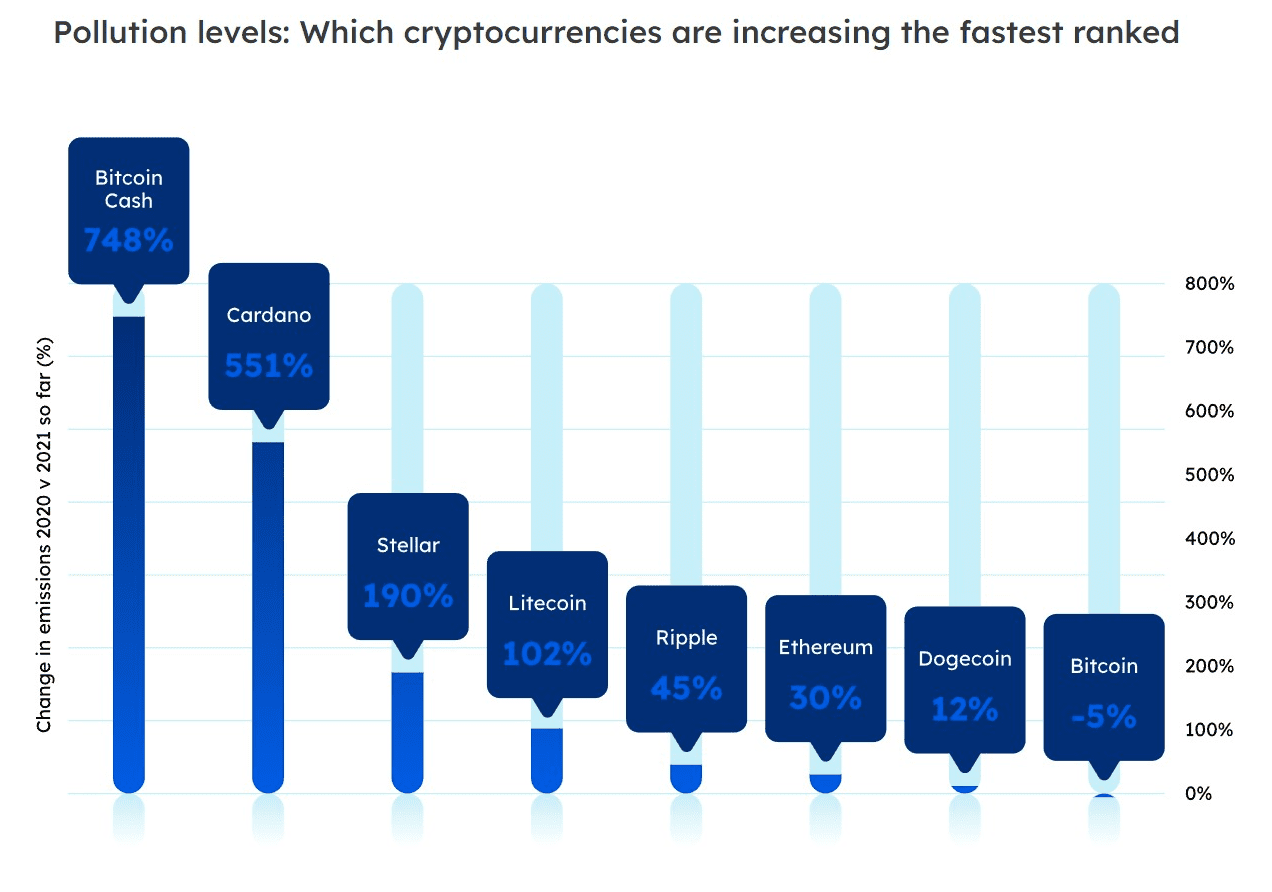 The study reveals that Bitcoin mining has lowered its pollution levels by 5%, probably after miners moved away from China and its thermoelectric power, relocating to countries with greener energy sources, such as the United States.

The Most Environment Friendly Cryptocurrencies in 2021

But the cryptocurrency industry also has its green alternatives. Although unfortunately, they are less popular tokens when compared to the more energy-intensive cryptocurrencies.

The third place in this prestigious list is occupied by Nano. This cryptocurrency does not use mining and is not based on a blockchain but on block-lattice technology. Nano can process about 125 TPS requiring just 0.000112 kWh per transaction, which is minimal in terms of CO2 emissions.

The second most efficient coin is IOTA, another network that does not use blockchain but a directed acyclic graph technology with a probabilistic consensus mechanism. It requires about 0.00011 kWh per transaction.

According to the research, the most environmentally-friendly cryptocurrency is Stellar, a competitor to Ripple that requires just 0.00003KWh per transaction, which is barely a third of what IOTA requires. 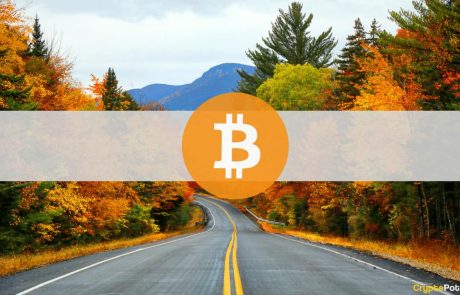 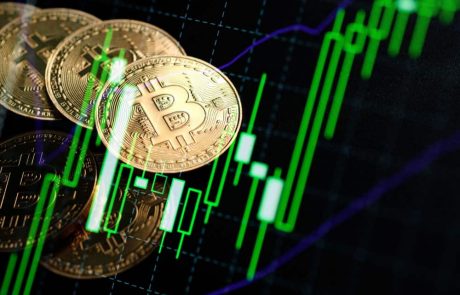 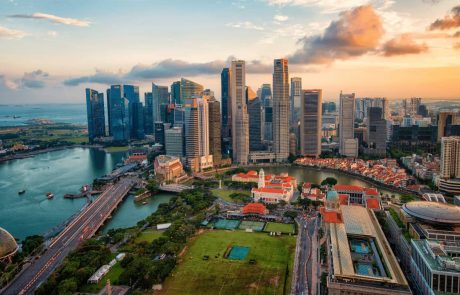