xDai Wants a Gnosis Merger to Stay Relevant, but Some Tokenholders Are Crying Foul 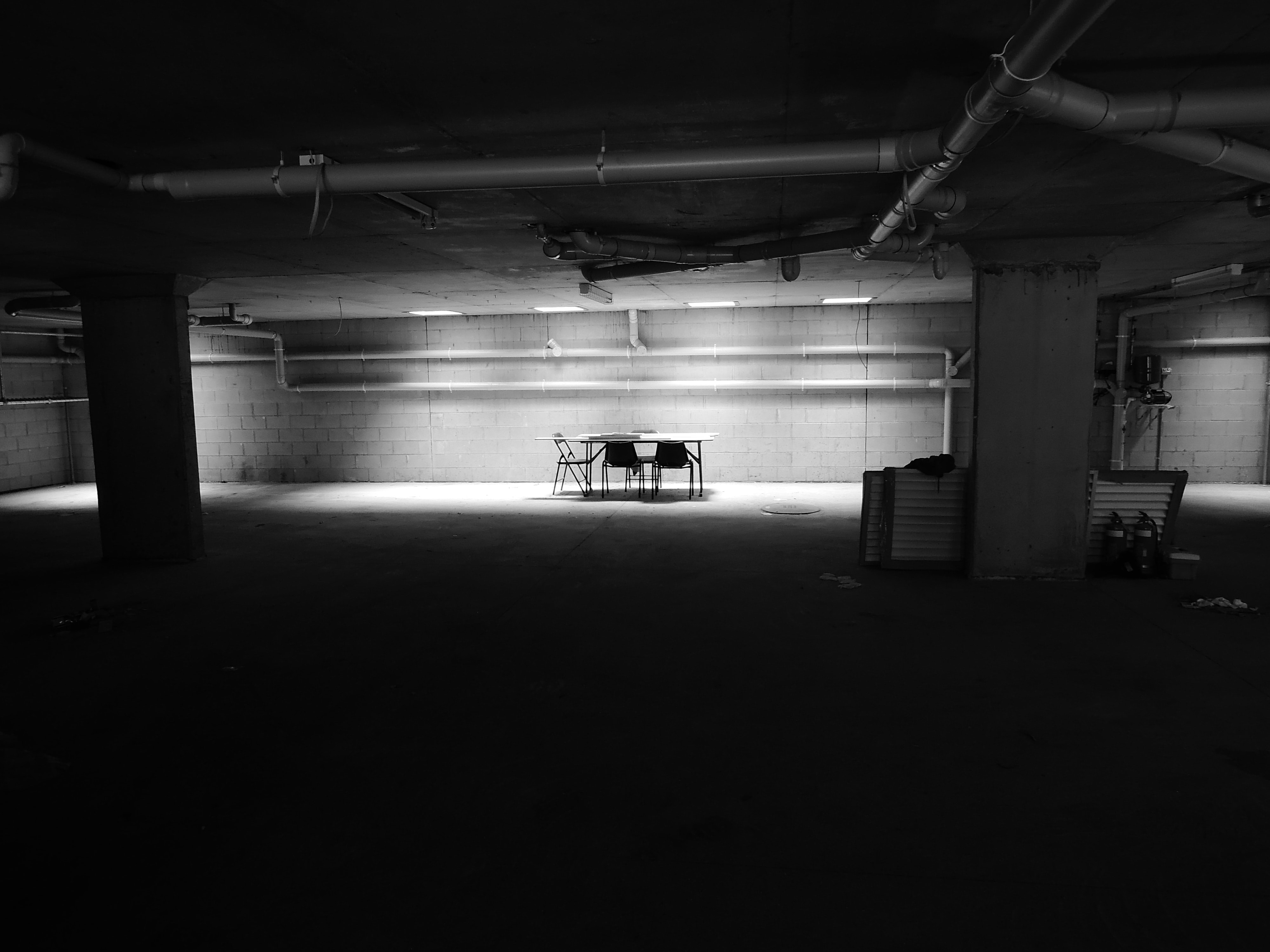 A historic, multimillion-dollar deal between a layer 1 base layer network with a devout following and a major Ethereum infrastructure builder may have hit a snag this week as some token speculators believe they may be getting shortchanged.

In a governance forum proposal this week, Gnosis founder Martin Köppelmann laid out a plan that would allow the Ethereum development heavyweight to merge with xDai, a popular Ethereum sidechain for developers and one of the oldest layer 1 alternatives.

The merger would combine technical savvy and major funding to create “Gnosis Chain,” a combined effort that could help the two projects stand out in a crowded market for layer 1s currently forcing chains to spend hundreds of millions on incentives for developers and users.

Not all parties support the merger, however. In governance forums, holders of xDai’s STAKE token are complaining that the terms of the deal amount to a “hostile takeover” by Gnosis.

Meanwhile, the xDai team says an injection of business development, marketing and funding from Gnosis might be what the chain needs to avoid becoming an “obsolete, old-school, boomer network,” as project manager Igor Barinov put it in an interview with CoinDesk.

“If we don’t do this, if we don’t bring in new capital, we’re going to remain a chain for hipsters.” he added.

Despite widespread anticipation that decentralized mergers and acquisitions might become a popular phenomenon in 2021, the xDai community’s response to the proposed merger may be a case study for why few have come to fruition.

In late 2020, a host of bloated protocol treasuries across the decentralized finance (DeFi) ecosystem and a series of high-profile mergers and/or protocol collaborations from Yearn.Finance led to widespread speculation the market was entering an era of decentralized mergers and acquisition – that moving forward, protocols would be working to acquire other protocols via token purchases or governance action on a routine basis.

Mergers have largely failed to materialize aside from a handful of high-profile deals including ICO-era veterans Keep and NuCypher merging to form Keanu, and cross-blockchain bridge Ren “joining” Alameda Research, however.

Part of the problem is that, unlike with traditional M&A, combining organizations isn’t as easy as a rebrand and swapping some stock. Calibrating how to manage and merge multiple governance tokens and their potential exchange rates can lead to headaches. Achieving consensus on deal terms in a decentralized autonomous organization (DAO) can be more difficult than with a board of directors.

In the case of Gnosis and xDai, the merger would be more of a process than an event. Per Gnosis Improvement Proposal 16 (GIP-16), in order to facilitate the merger Gnosis will build and fund a swap contract that will accept xDai’s STAKE staking rewards token in exchange for GNO, Gnosis’ native token. The current proposed parameters for the exchange are a 10% premium on top of STAKE’s 14-day, time-weighted average price.

STAKE’s current native rewards system will depreciate over time, further incentivizing holders to make the switch. GNO will then become the new staking token for the Gnosis Beacon Chain, and xDai will rebrand to Gnosis Chain as a shard of the Beacon Chain. Current xDai validators “will have a chance” to become Gnosis Chain node operators as well.

In an interview with CoinDesk, Köppelmann, the Gnosis CEO, said that for all the moving parts, determining the basis of the merger wasn’t as complicated as some might expect.

“At the end [it was] surprisingly simple. I think if teams respect each other’s work and share the same values you can come to a meaningful agreement pretty quickly,” he said.

Gnosis, as a spin-off from Ethereum development behemoth ConsenSys, is well connected, boasting relationships with multiple infrastructure and tooling organizations as well as a generous war chest of GNO tokens – both of which are key assets that the technically inclined xDai lacks.

xDai’s Barinov told CoinDesk that a dearth of insider connections and big-budget incentive programs has been a barrier for xDai’s adoption. xDai only counts four employees across the marketing, operations and business development departments.

“To bring blue-chips on a small chain, you need VC connections like Avalanche, Polygon and Fantom [have], or you need some reputation, which is also important, or you need users and incentives that bring business opportunities,” he said of the merger.

“All of the sources of potential communities will be easier for xDai” should the merger go through, he added.

As part of the proposal, Gnosis is also allocating 400,000 GNO tokens, currently worth $200 million, to various incentive programs for the new chain. Incentivized bridges and incentivized ecosystems are increasingly becoming the norm, and various layer 1s have been jockeying to attract users with ever-larger liquidity mining programs.

Barinov said the merger between the two projects – combining an incentive program, business development chops and a pre-existing community of developers – is key to stand out in an increasingly crowded market for layer 1s.

“I don’t know any other industry where you have this kind of competitive space between leaders. Other industries you have three, four, five leaders – here there’s so, so many,” he said.

A vocal portion of the xDai community rejects the view of the merger as a mutually beneficial arrangement, however.

“Gno merger is a hostile takeover and the faithful hodlers of Stake is being slapped in the face,” wrote one user in xDai’s governance forums.

“xdai is being bought up for few pennies while its a damn gem. Long term holders are getting robbed,” wrote another.

So far, 59% of respondents to an informal poll have said they don’t support the merger. At the core of many of the complaints is the exchange rate for STAKE. xDai speculators have long held that STAKE is overdue for a price run, similar to the astounding gains layer 1 tokens like SOL, AVAX, MATIC, FTM and others enjoyed over the last year.

However, the exchange rate is unlikely to change due to possible legal complications. After the announcement of GIP-16, GNO rallied to a high of $625, up from $580 earlier in the day. Likewise, STAKE jumped from $16 to nearly $21. Changing the terms of the exchange could now constitute market manipulation, Barinov warned, but he did leave open the door to additional compensation for the STAKE community.

“We think the Gnosis team can somehow react to the community, and propose additional ways to compensate the STAKE holders. Gnosis plans to spin off Gnosis Safe and Cowswap, and they will airdrop [those tokens] to current Gnosis holders,” he said, adding wallets that make the STAKE-GNO exchange could be included in a possible airdrop as well.

Additionally, the xDai team is planning an AMA to address concerns, and will be holding a snapshot vote in the coming weeks to gauge the depth of the problem among proven STAKE holders.

Barinov also pointed out that disgruntled STAKE holders might have few options for recourse, short of forking the chain.

“Technically they have no way to stop the swap from happening if Gnosis decides to make the swap contract,” he said.

In contrast to the response on the governance forums, developers for many of the projects built on xDai have expressed public support for the merger.

Members of xDai projects like POAP, DAOSquare and Colony have all chimed in positively, while xDai team members have framed the debate in terms of builders and speculators.

“There’s two competing interests here. There’s STAKE-ers, who are mostly involved in trading STAKE, and then there’s the people using the chain and the builders and developers, who have not yet come out in support in public forums,” said xDai technical writer Andrew Gross.

The xDai team admitted it was “difficult” to see the vitriol, and expressed frustration that many were overlooking the meat of the proposal by solely homing in on the exchange rate.

“The main part is not about forking tokens or rebranding. The focus is how to widen the ecosystem, work on narratives like universal basic income and making existing partnerships broader,” said Barinov.