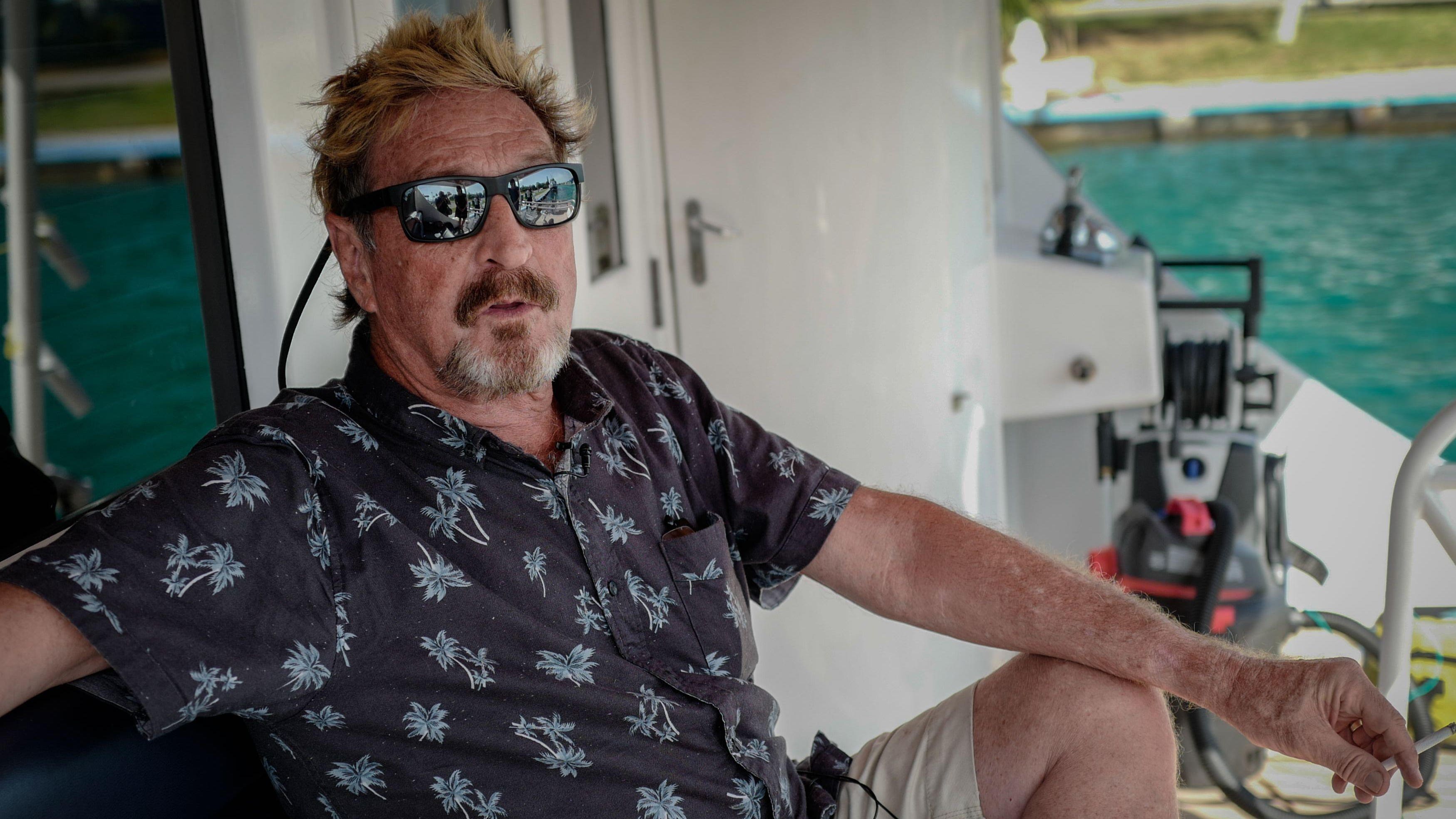 John McAfee was indicted on securities fraud and money laundering charges, the Justice Department announced Friday, adding to the antivirus software pioneer’s litany of legal problems stemming from more than a decade of sometimes bizarre behavior.

McAfee and an advisor of his cryptocurrency team, Jimmy Watson Jr., were indicted on several counts of conspiracy to commit commodities and securities fraud, wire fraud conspiracy and money laundering conspiracy offenses.

Prosecutors say McAfee and his cryptocurrency team used his Twitter account, which has 1 million followers, to promote Initial Coin Offerings without disclosing he was being paid by the ICO issuers with funds raised by investors.

Separately, McAfee and his cryptocurrency team allegedly engaged in a pump and dump scheme where they bought large amounts of publicly traded altcoins, promoted them on his Twitter account to artificially inflate their value without disclosing he owned them, then sold off the altcoins shortly after to reap the short-term gains.

Prosecutors allege McAfee and his team raked in $13 million from defrauding investors, including $2 million from the scheme.

McAfee is detained in Spain awaiting extradition to the U.S. on separate tax evasion charges because he believes income taxation is unconstitutional, while Watson, who also acts as McAfee’s bodyguard, was arrested in Texas Thursday night.

The McAfee Team, which was launched in 2018 to help McAfee promote cryptocurrencies, did not immediately respond to a request for comment from Forbes.

“As alleged, McAfee and Watson exploited a widely used social media platform and enthusiasm among investors in the emerging cryptocurrency market to make millions through lies and deception,” Manhattan U.S. Attorney Audrey Strauss said in a statement.

Pump and dump schemes are a common fraudulent practice in the cryptocurrency ecosystem. Users will often coordinate on Discord and Telegram channels, sometimes with upwards of 100,000 members, researchers say, though the arrest of McAfee may signal that regulators are going after these schemes more aggressively.

After selling his shares in his eponymous software giant in the 1990s, McAfee had multiple run-ins with the law. He fled to Belize after the 2008 recession and was then named a person of interest in the murder of his neighbor there. He has denied any involvement in the killing and he was never arrested or charged with a crime. Last year, he admitted to not paying taxes in a video posted on Twitter, where he also said he was fleeing the country and running for president “in exile.” In his short-lived presidential campaign as a libertarian, McAfee touted cryptocurrency as a way to prevent governments from collecting income taxes. He was eventually arrested on tax evasion charges in Spain. McAfee faces separate civil charges from the SEC for allegedly fraudulently touting ICOs.