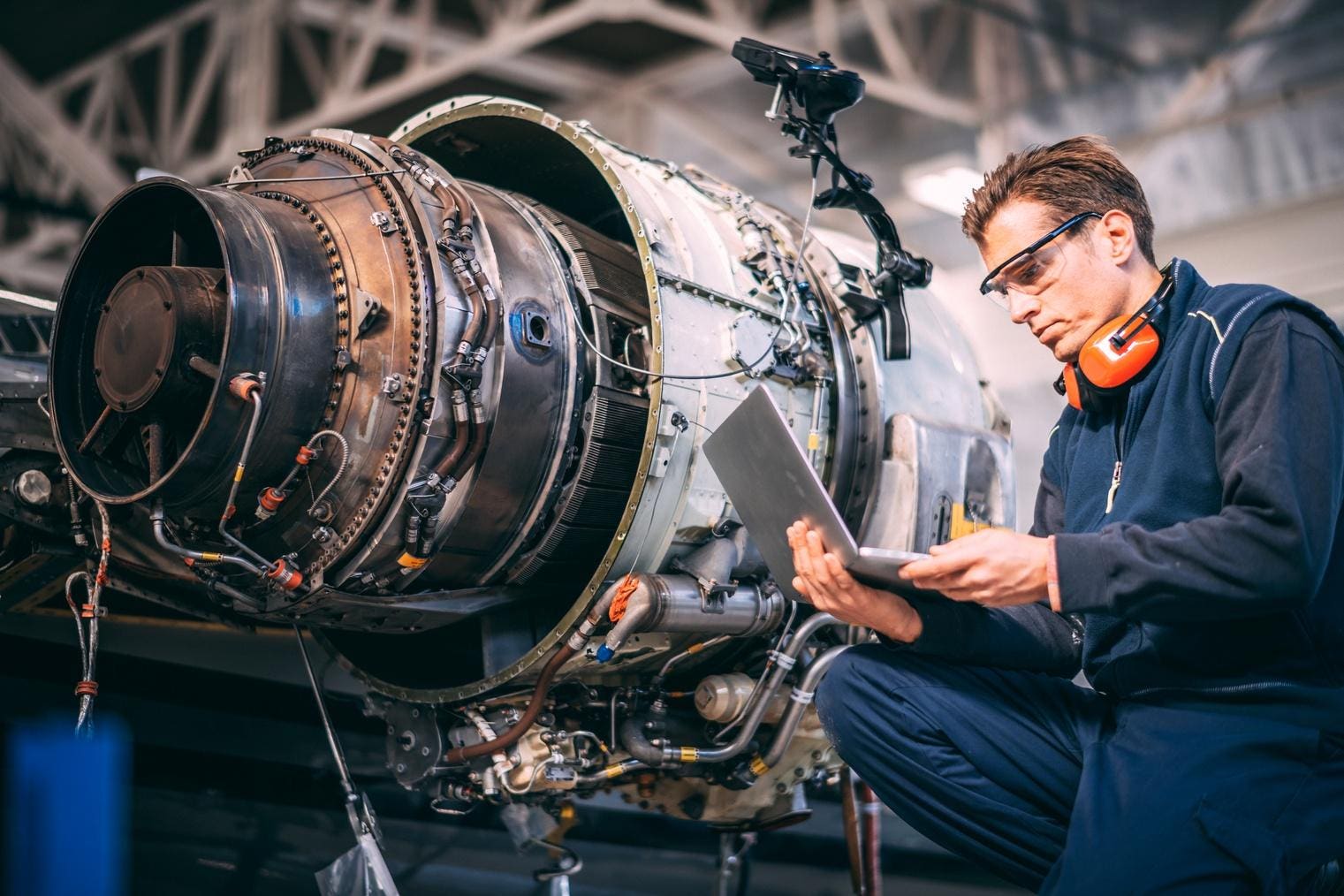 Anyone who’s ever sold their home will know about the mountain of paperwork that’s required to transfer large assets: title deeds, conveyancing reports, legal contracts and so on.

Now imagine what it’s like when you’re selling a commercial aircraft. As well as being much more valuable than the average home – a ten-year-old narrowbody jet might set you back $30 million – these are assets that literally jump around the globe on a daily basis, spinning a web of paper trails in each and every country they’re operated from.

Factor in the staggering amount of maintenance work that’s needed to keep planes airworthy – all of which must be properly documented – and you can see how the business of trading aircraft is a bureaucratic nightmare.

That will always be the case.

But, according to Dublin-based startup BlockAviation, there is at least room to streamline and automate much of the necessary complexity – just as long as the aviation industry is willing to embrace blockchain technology.

“The aircraft is not worth anything without a fully coherent paper trail,” BlockAviation’s chief executive, John Roberts, told me. “So we're building a network to manage all of that.

“We're looking at the actual aircraft itself. And then all the parts that are on that aircraft. And then utilization reporting, which is one of the things that lessees [companies such as airlines that rent aircraft] must do every month. At the moment, lessors [companies that loan out aircraft] are updating their asset management platforms ad hoc [with reports that] come in on email and PDF.

“We can network that and we can keep it on the network.”

BlockAviation has signed up four customers to date – including lessors SMBC and Aircastle – who collectively have 1,200 aircraft under management. That’s about 5% of the global fleet of 25,000 commercial planes.

Leasing companies are an obvious target for the startup as they tend to take delivery of brand new aircraft straight from the manufacturer. These units are placed with a succession of customers across the globe under short-term operating leases. They are typically then sold after about a decade – by which time their value has fallen sharply, but they’re still commercially viable as passenger jets.

Older aircraft also have some residual value – though it’s largely based on the plane’s prospect of being converted for cargo operations, or being scrapped for metal and components.

In all cases, Roberts said that aircraft buyers will demand “massive discounts” if there are “incomplete paper trails, or paper trails which can be questioned”.

That, of course, should never happen.

The industry’s existing regulations and protocols should, in theory, ensure that lessors have all the component, maintenance and airworthiness compliance records they need in order to prove their asset’s true value. In practice, though, collating the necessary documentation is a time-consuming, cumbersome and costly process that requires the cooperation and competence of lessee customers.

A better approach, according to BlockAviation, is giving every aircraft its own “networked record” – a digital logbook that’s remotely accessed and continually updated with all the data needed for a seamless, efficient and fair transfer of ownership.

The only stumbling block is trust: how can buyers be certain that the digitized, networked records are as accurate as the signed, physical hard copies they represent?

“Blockchain, very simply, is a secure network. And that's what we're using it as,” Roberts explained. “We're using it as a notarization service to notarize these transactions as parts move and aircraft move and records move from place to place.”

Explaining blockchain technology without turning off readers is always a challenge.

In essence, blockchains are strings of data that are being shared by multiple different parties and that are continually cross-checked to ensure that no one party has altered any of their contents. This requires a ledger (a digital book storing all the data); encryption (a process for writing new data into the ledger, without invalidating the old, immutable data); and nodes (different parties who agree to store a copy of the ledger, thereby ensuring it can be cross-checked).

“These records don't have any inherent value [by themselves]. It's the concatenation of all the records that has value.”

BlockAviation isn’t the only company trying to convince the industry about the benefits of blockchain technology.

Last year, SITA, an aviation IT specialist, launched the MRO Blockchain Alliance – referring to Maintenance, Repair and Overhaul work – which has the grander vision of tracking and tracing each of the 25 billion parts that make up the global air transport supply chain. By enabling back-to-birth monitoring for every component on every plane in the sky, SITA believes the industry could save billions of dollars through smarter, more efficient maintenance schedules.

However, building a network with that depth of data will “take time”, according to Roberts.

He pointed to the myriad different, often “obscure” asset management platforms and IT systems in use across the industry.

These compatibility issues go some way to explaining why BlockAviation is focused on new aircraft – for now, at least. Ex-factory units are much more likely to have digital records that are compliant with the Spec 2500 standard that BlockAviation uses to populate its network. Spec 2500 allows aircraft owners to store all the pertinent information about their assets in XML crates of data that can easily be ported onto a blockchain.

“SITA’s project is a big project,” Roberts stressed. “There's going to be a lot of stakeholders and I'd say it's at quite an early stage, whereas our project is actually ready to facilitate the movement of these crates.”

And while BlockAviation isn’t pursuing SITA’s goal of a fully digitized supply chain, it is exploring different ways to evolve the network over time.

One logical step would be for MRO companies to start sharing their engineering reports in Spec 2500 format (instead of the Spec 2000 format currently used by the sector). That would allow BlockAviation’s network to ingest the fine detail of the maintenance histories of individual aircraft, enriching the dataset beyond the largely certificatory crates needed for ownership transfers.

“Those work packages include all of the work that's been done [by engineers], when it was done, and what the flight hours were [for the aircraft],” Roberts noted. “All of that evidentiary data is stored in the documentation.”

For all its proven benefits, there’s plenty of skepticism about blockchain technology in business circles – and the aviation industry is no exception.

As BlockAviation’s network matures, some in the industry will probably grow uneasy about what they see as a hoarding of strategic data by one corporate innovator.

Yet here, too, blockchain technology offers a solution.

“I want Aircraft Leasing Ireland to buy a node,” Roberts said, suggesting that industry bodies – not BlockAviation – may ultimately have control over the network. “I want SITA, for example, to buy a node; IATA [the International Air Transport Association] to buy a node; one of the big leasing companies to buy a node. Then we've got the governance council.

“Governance is one of the biggest challenges. That means having the right people running nodes, and it means putting a lot of focus on how the consensus mechanism works.”

By distributing the network’s infrastructure in this way, BlockAviation can ensure that the data it’s pooling together is owned and safeguarded by those who depend on it.

That may, in turn, mean borrowing some principles from the field of decentralized finance; for example, by using governance tokens to allocate voting rights for proposed changes to the blockchain. In BlockAviation’s case, such a vote-based consensus mechanism could conceivably be used to assign network privileges and roll out technical updates.

“We don't have all the answers yet,” Roberts admitted.

“That’s why we're starting with a simple service that removes that debate. Building the network is the key challenge – getting that secure network up and running – and then putting services on top of that, and then governance protocols.

“We've got to prove a lot of stuff before that comes to pass.” 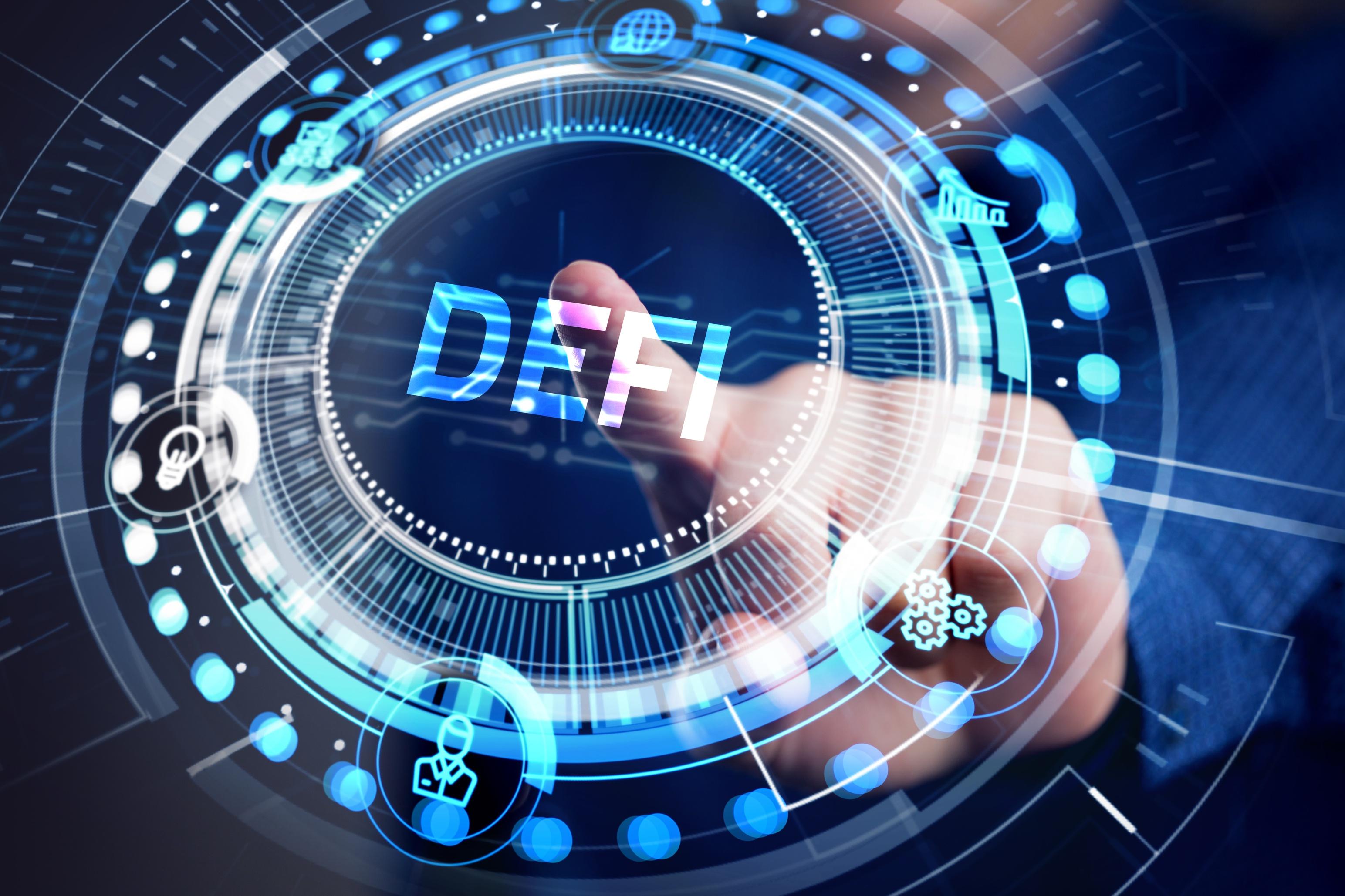 Lever Up Your Trading With DeFi 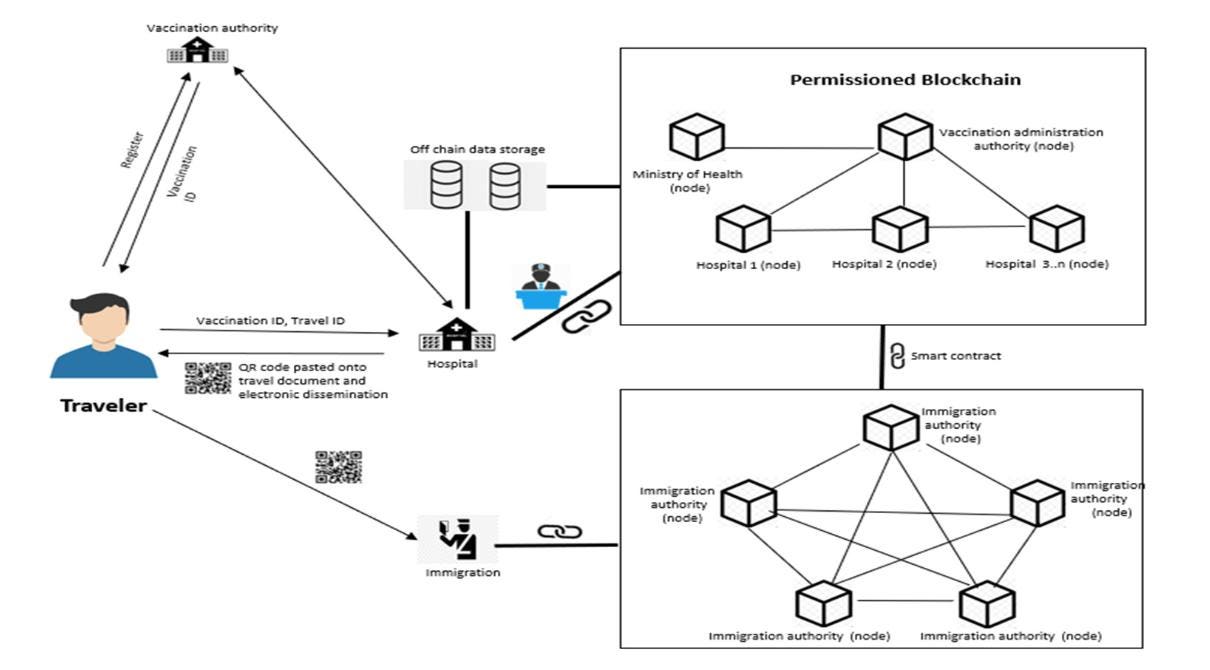 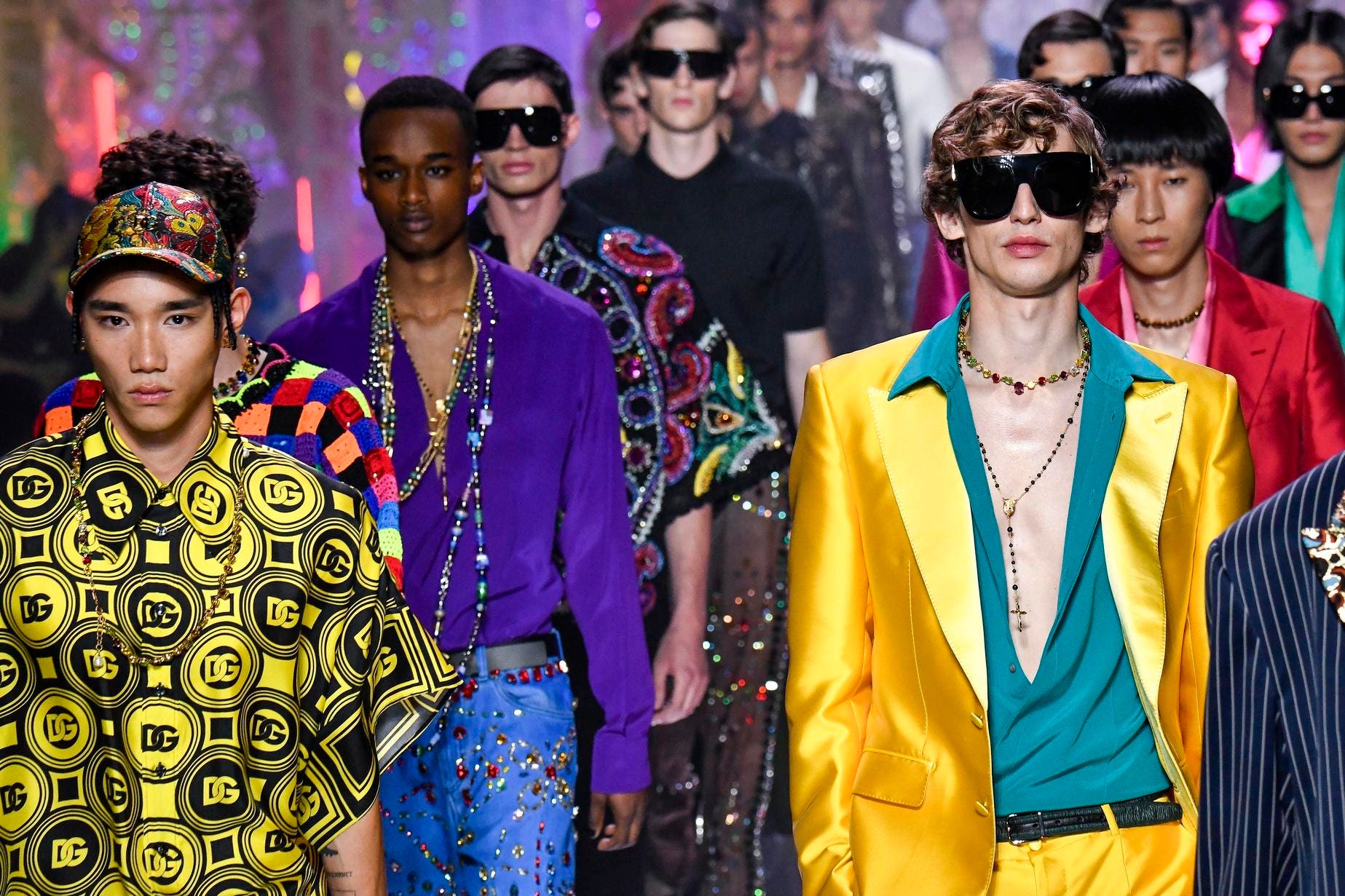 Fashion, Technology And Crypto: What To Expect In 2022