The Rise of DeFi Exchanges Like Curve Finance and Uniswap 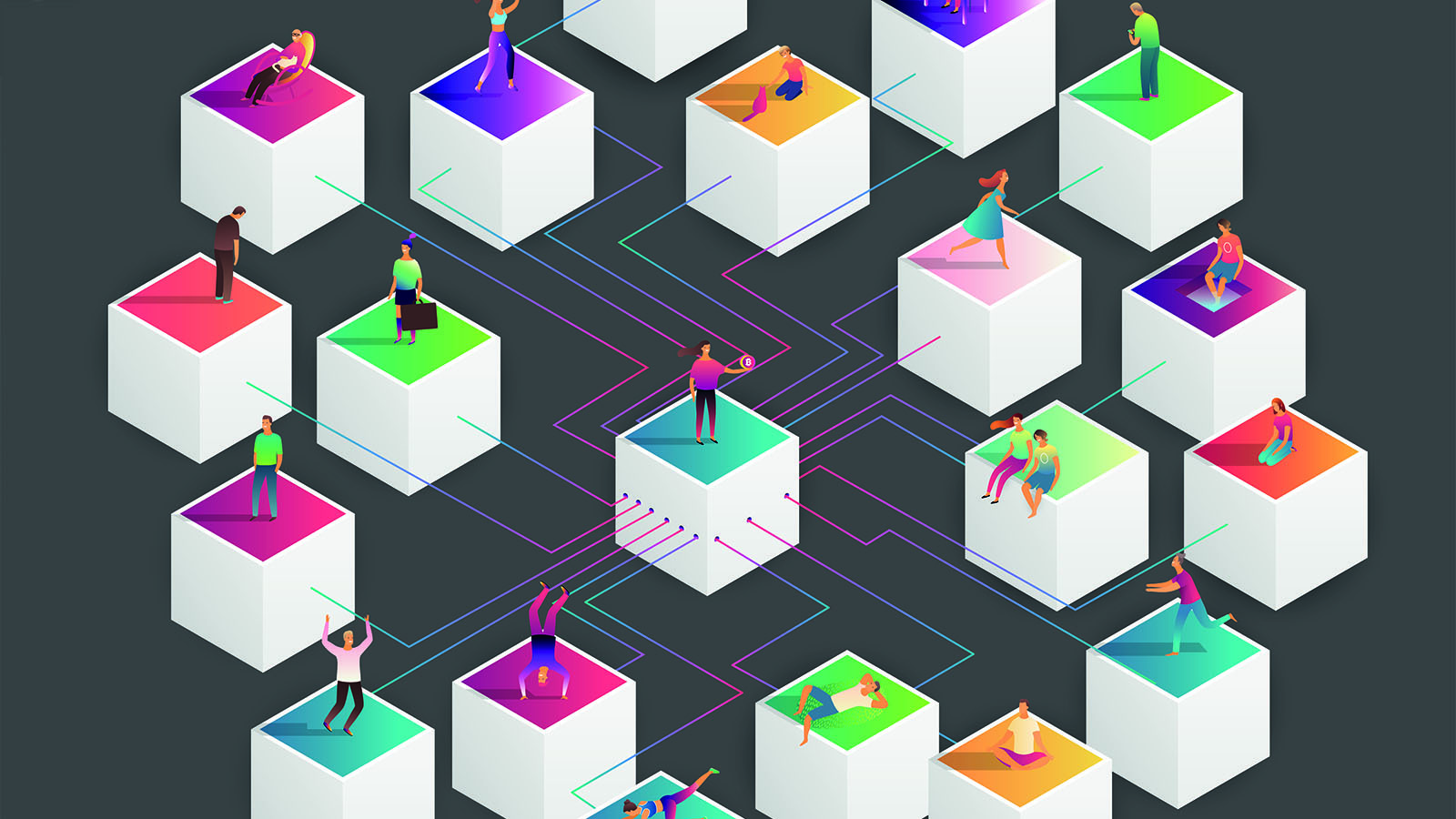 When it comes to moving money around the world of cryptocurrencies, exchanges like Binance and HBTC dominate the space.

Indeed, collectively Binance, HBTC and Hydax Exchange process $54 billion worth of transactions every 24 hours, according to Statista, or roughly a third of global exchange volume. 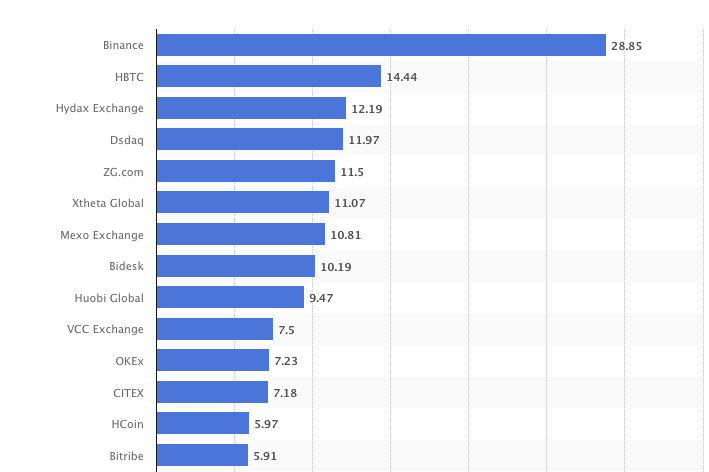 These companies, which allow users to buy cryptocurrencies using fiat currencies, and swap between projects like Bitcoin, Ethereum and Polkadot (for a fee) have made these companies extremely profitable.

Coinbase, the US based crypto exchange posted $322 million in profit last year, helping the company reach a $100 billion valuation as it files for a public listing. But these behemoths of crypto aren’t without their critics.

When markets boom, exchanges have a tendency to experience technical issues. In February’s market surge, Coinbase, Binance, Kraken and Gemini, four of the world’s most prominent cryptocurrency exchanges all suffered outages as investors clamoured to buy into the rising prices. Centralized exchange’s reliance on centralized cloud providers like AWS makes it increasingly difficult to prepare for traffic spikes.

There is also the matter of who has control over users’ funds in centralized exchanges. The private key that allows the movement of money to and from your wallet is controlled by the exchange. This effectively gives exchanges direct control over what users do with their money.

While examples of exchanges abusing their power are few and far between, the QuadrigaCX scandal is a powerful reminder of that adage. When the CEO of the Canadian exchange died in 2019, the $190 million in customer funds the exchange held went with him, as it was all held on a single hardware wallet and no one knew the password except the deceased.

These exchanges also restrict who has access to markets depending on where they are based. These and a host of other issues have led to a rise in so called decentralized exchanges or DEXes: marketplaces where there is no central point of control.

The rise of the DEX

Decentralized exchanges are essentially companies built from code. A developer or group of developers set the parameters for trading and which currencies are listed, and then users are free to borrow and lend in a peer-to-peer system without the need for an intermediary.

Instead of the exchange, or any other intermediary like a bank, or online payment gateway controlling the flow of money, this process is managed by a host of smart contracts which maintain records on the blockchain it's built on.

This allows users to keep control of their private keys, and thus makes the exchanges less of a target for hackers looking to sipher funds out of centralized wallets. As a result, these have proved incredibly popular.

The five largest DEXs - all built on Ethereum - currently have more than $13 billion locked up on their platforms, according to DeFi Pulse, with daily trading volumes matching their centralized rivals. Uniswap, one of the world’s largest decentralized exchanges, frequently has higher trading volumes than Coinbase’s Pro platform.

One of the biggest contributors to the success of decentralized exchanges has been yield farming. At its simplest, exchanges offer lenders incentives to lock up their cryptocurrency on the exchange. Because liquidity comes from users, rather than the exchanges themselves, the incentive is passed to anyone willing to take part.

Simply put, yield farming involves lending cryptocurrency via the Ethereum network. When loans are made via banks using fiat money, the amount lent out is paid back with interest. With yield farming, the concept is the same: cryptocurrency that would otherwise be sitting in an exchange or in a wallet is lent out in order to get a return.

At its height in February, 2021, there was $45 billion locked in these networks as tech-savvy investors went in search of high yield trading pairs, and decentralized exchanges formed a key part of the market boom. But the peer to peer surge hasn’t been without its challenges and critics.

Many decentralized exchanges still have centralized components, allowing the creators to steer and control the functioning of the network.

SushiSwap, a clone of Uniswap surged in popularity last year as it offered investors willing to provide liquidity on its network yield rates sometimes as high as 1,000%. But at its height, the anonymous CEO withdrew $14 million from the company’s main liquidity pool, which many at the time called an exit scam.

While the CEO eventually gave the money back - and the company was sold - it raised the thorny of issue of how decentralized these exchanges really are.

While these may seem like minor quibbles over the definition of ‘decentralized’ regulators are also scrutinizing the inner workings of how these companies are run. In November 2018, EtherDelta settled charges with the US Securities and Exchange Commission over operating an unregistered securities exchange.

In Hong Kong the Securities and Futures Commission now requires all exchanges to be fully regulated, making it illegal for many DEXes to offer their services to users.

But these problems aren’t unique to DEXs, centralized exchanges have faced similar critiques and will continue to as blockchain’s agnostic view on state boundaries butts up against regulation.

The bigger story about these new types of exchanges is how they harness blockchain technology to drive growth. DEXes have taken unique steps to facilitate community involvement by issuing native tokens.

Uniswap launched its own native token in September 2020 to allow users to vote on the development of the platform but also to capture some of the value the exchange earned in transaction fees. Since launch the token has ballooned in value, and is currently worth $8 billion.

Centralized exchanges like Binance have their own tokens but most offer incentives by discounting fees rather than offering users a slice of profits. But arguably the bigger growth opportunity for growth in the DEX marketplace is cross-chain liquidity.

At present, the world’s largest DEXes are built on Ethereum, and are designed to only allow liquidity between tokens on the Ethereum blockchain. Creating cross-chain liquidity into networks such as EOS, or Solana would unleash infinite possibilities for new markets, and new opportunities for peer-to-peer lenders to capitalise on market trends without having to wait for a centralized exchange to create the markets for them.

Companies, such as Singapore-based Switcheo are working on such solutions that allow order books to be shared across blockchains.

Centralized exchanges have helped bring blockchain and cryptocurrencies into the mainstream, but decentralized ones are catching up, and in some cases overtaking their larger counterparts with a heady mix of innovation and a do-it-yourself-ethos.