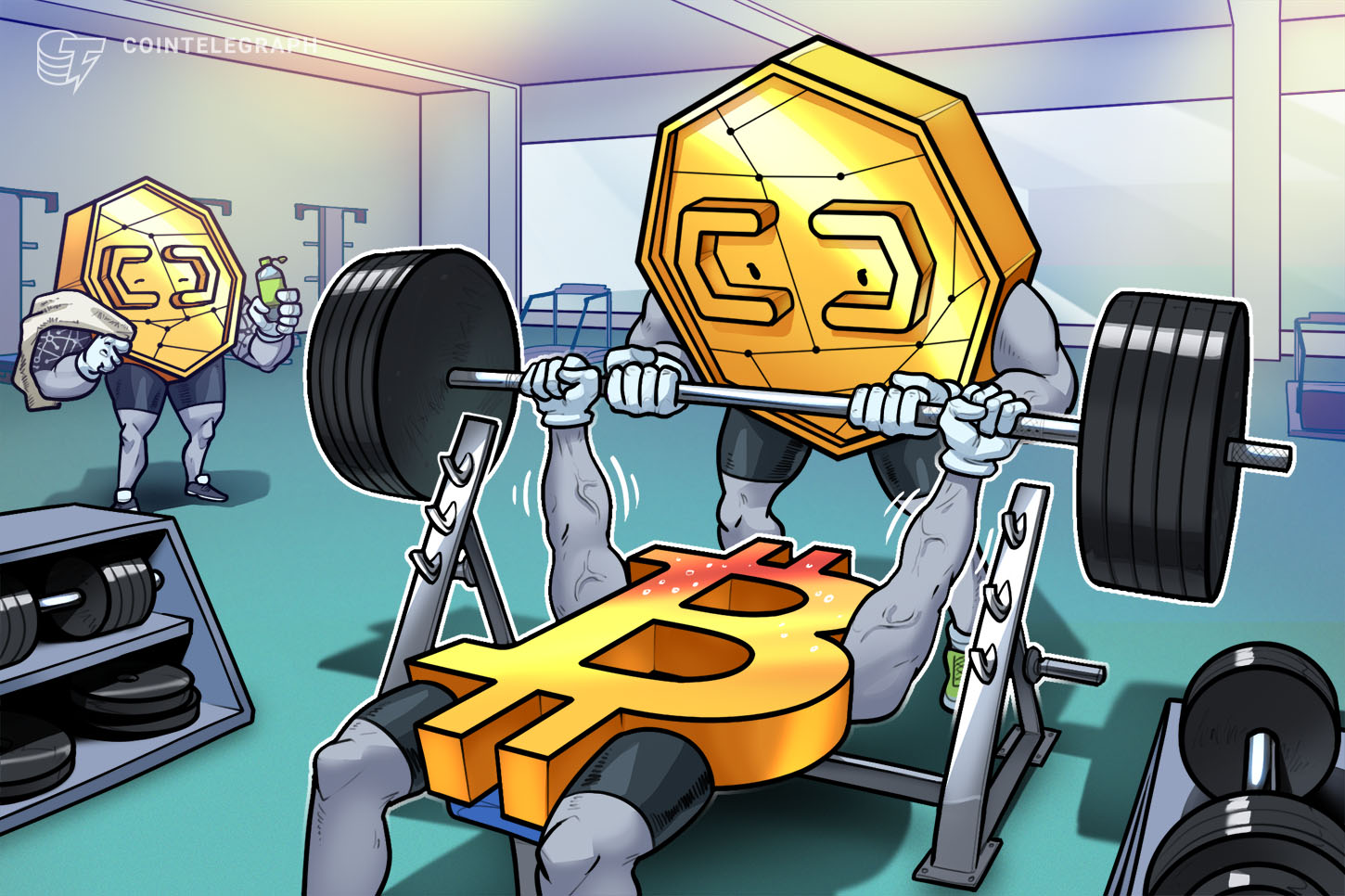 Bitcoin (BTC) could be in for a $100,000 bull run next if a classic signal from institutions repeats its historical trend.

In a tweet on March 4, Mike McGlone, senior commodity strategist at Bloomberg Intelligence, said that those seeking clues about what lies next for Bitcoin should look at the Grayscale Bitcoin Trust (GBTC).

As Bitcoin fell to $43,000 and continued to linger below all-time highs thereafter, the so-called “premium” on GBTC flipped negative.

This means that GBTC shares are trading below their so-called net asset price (NAV) — institutional buyers are able to buy at a discount. In times gone by, such events have both been rare and a pointer for subsequent price upside.

“Bitcoin's end of February price disparities on U.S. regulated exchanges portend a firming price foundation, if history is a guide, and are evidence of just how nascent the crypto is.” 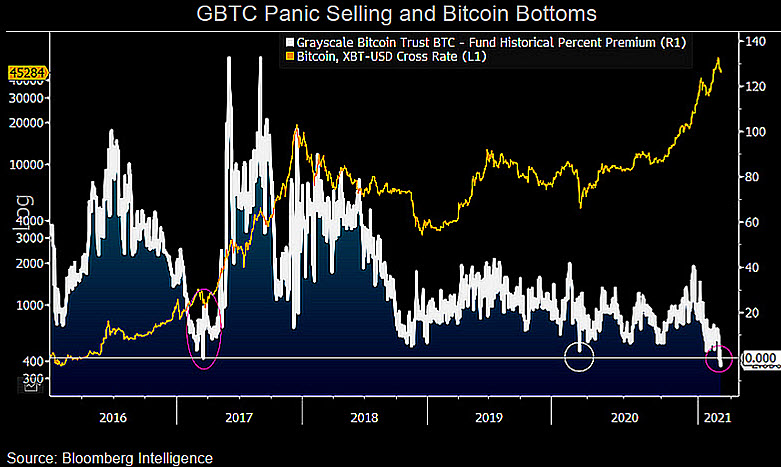 At the time of writing on Friday, the GBTC premium was in fact lower than at any point since its inception in 2017, at -13%.

Unlike last year, however, there could be other factors influencing its performance. Among them is competition — GBTC now has to battle for market supremacy alongside proxy exchange-traded funds (ETFs), with the prospect of more likely appearing on the market in the near future.

“No way a $30 billion GBTC sees enough selling to drive NAV to record negative so only $400 million CAD flows into BTCC.”

Bianco added that the previous discount periods had been followed by price rises of between two and four times in magnitude.

Grayscale and competitors edge out gold

Enthusiasm about the potential for further gains continues to permeate the Bitcoin ecosystem, with Grayscale CEO Michael Sonnenshein himself telling McGlone that gold outflows alone present a “ripe” opportunity for cryptocurrency.

“There is little doubt in our mind that it is not any kind of coincidence that Q4 2020 saw some of the largest outflows on record from gold investment products at a time when Bitcoin really broke out and hit some of its new all-time high prices,” he said during the Bloomberg Investment Summit on Feb. 25.

“Certainly this narrative around Bitcoin being a digital gold or a digital store of value is a pretty widely-held narrative now around the investment community, and so thinking about the popularity of Grayscale products, or really just the ability to gain exposure to digital assets in the form of a security, I think really represents just how much market demand there is.”

This time around, he reiterated, the landscape had little in common with 2017 and the launch of the first institutional Bitcoin products.