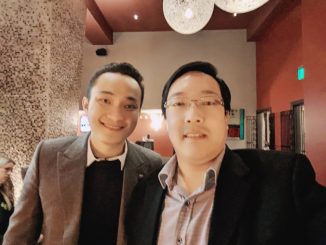 The Aave Improvement Proposal (AIP) 44 was approved after a community voting today, reported Wu Blockchain. The AIP-44 will patch the vulnerability discovered in the defi protocol a week ago. The vulnerability could have been exploited with xSUSHI as collateral, but with the AIP-44 approval borrowing for xSUSHI and DeFi Pulse Index (DPI) will be deactivated.

The proposal was expected to pass given it received 575,000 votes in favor while only a single vote against it.

1/7 Today @gauntletnetwork submitted an AIP proposing to disable the borrow function for $xSUSHI and $DPI on V2 of the Aave Protocol as a precautionary measure. The AIP also will disable borrowing of AMM LP tokens on the Aave Protocol AMM Market as an extra safeguard. A thread👇Related article

All Eyes on Justin Sun’s $4.5 Billion

Justin Sun, the founder of Tron made headlines a couple of days back as Aaave introduced the AIP-44 proposal after finding the vulnerability. Sun withdrew $4.5 billion worth of assets from the Aave protocol. Many believed the movement of funds was based on a recent exploit on Cream Finance that lead to a loss of millions of dollars worth of assets. Along with Sun, several other investors also pulled out of the Aave protocol as its total value locked fell by 20%.

All eyes are now set on Sun and whether he would redeposit all the assets back, now that the vulnerability has been patched or choose otherwise. The current TVL of AAVE is at $13.83 billion, falling from the monthly high of over $20 billion.

The price of AAVE continues to trade above $300 as the recent vulnerability and movement of funds away from the protocol didn’t really impact its price. The defi protocol hit an ATH of $666 in May this year. The rising number of Defi exploits conitnue to put a dent in Defi ecosystem’s growing popularity, as there is some form of hack or scam on one protocol or the other. The most recent ones being Cream Finance and BXH.