Trusted Node: A New Way to Earn Staking Rewards Without Touching Your Base Capital 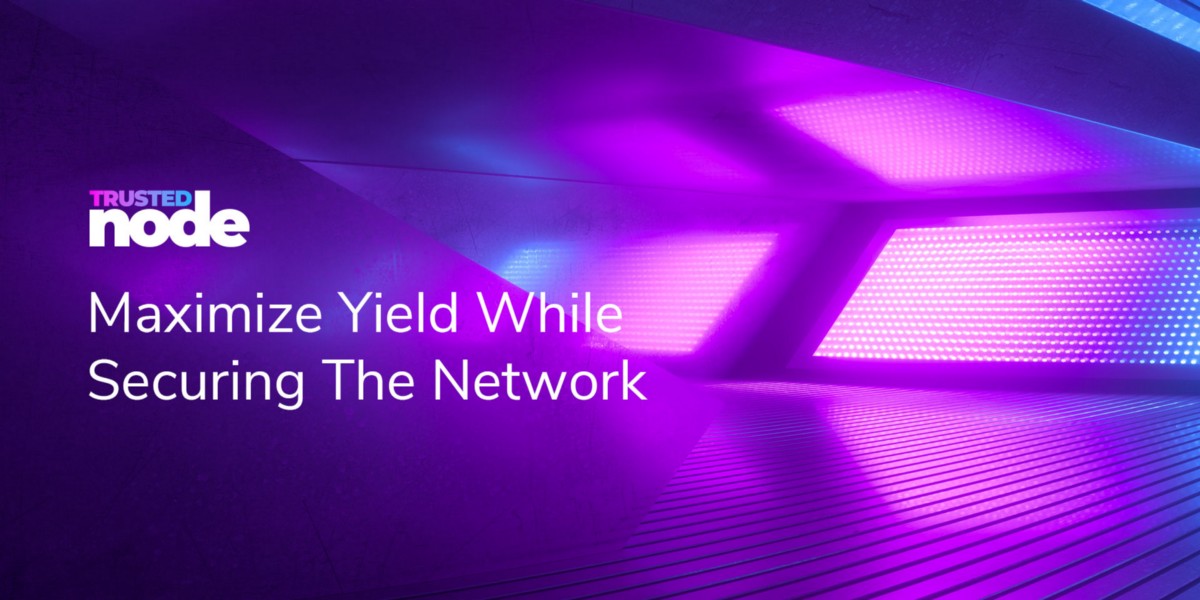 Staking remains one of the most prominent ways to earn reliable income in today’s world of decentralized finance (DeFi). Despite the potential that staking presents in general, the huge capital requirements by Proof-of-Stake (PoS) networks have largely made staking inaccessible to many people today. Or some get access, but their profitability is impaired with their modest capital investments.

Trust Node, a protocol that is creating a validator network for proof-of-stake and next-generation blockchains, is solving these fundamental challenges with staking by lowering the barriers to entry for all users, irrespective of their start-up capitals. Before diving into the details about Trusted Node’s operational uniqueness, it is worth noting that the project has a strong team backing it, coming right off as the next project of Stefan Rust, the former Chief Executive Officer of Bitcoin.com.

Amongst many qualities, the team’s profile grants the project the credibility it deserves, seeing the prolific rate of emergence of platforms offering related products. The Trusted Node protocol seeks to democratize PoS rewards to the benefit of all users. The traction the protocol is garnering is resounded with its attainment of more than $31 million in approximately 2 weeks since it was launched.

Staking is a way to lock up your funds on a platform so as to gain the rights to validate transactions that are being initiated on the network while earning rewards in return. Typically, this staking is usually done by nodes, a computer network spread across various locations. They typically keep the network secure through their various activities, and the underlying network usually has their computer/data center requirements, a minimum number of tokens to lock in order to qualify as a validator node.

These requirements are often out of the reach of the small retail investors, thus eliminating the possibilities for small token holders to be able to reap the inherent rewards in DeFi-fueled staking.

Trusted Node, however, opens access to these rewards for everyone. The protocol accomplishes this by running validator nodes on the most important emerging blockchains, which all interested investors can commit their small funds to be a part of. This way, users do not have to keep track of the logistics and technical details of operating their own validator. Amongst the validator nodes that Trusted Node has in operation include Cosmos (ATOM), Terra (LUNA), Persistence (XPRT), and Sentinel (DVPN) amongst others.

The Trusted Node approach ushers in many benefits, two of which include granting the user the ability to play a role in making the next major networks more secure, as well as in reaping the lucrative fixed income offered by PoS staking in a stress-free way.

Staking your funds in most PoS protocols also implies that you will likely not have access to the tokens for the duration of the staking program. This remains a key drawback that keeps people away from staking. This is rightly so, as the volatility in the digital currency ecosystem can present an opportunity for a potential coin, or other profitable investment opportunities can be presented during the staking period. However, with locked funds, the staker often misses out.

Trusted Node has a different approach as it helps in tokenizing the stakes to generate collateral. This collateral can then be pushed to any new ventures that may present themselves. The collateral often comes in the form of a wrapped token, which is typically pegged to the underlying value of an asset. This wrapped token can then be used to provide liquidity to Automated Market Making (AMM) liquidity pools as we have on decentralized exchanges.

Being a part of the Trusted Node protocol implies that you will have access to other revenue sources from the same funds that are locked with us. We do our due diligence to provide staking to the most promising projects in the ecosystem.

The Place of TNODE Tokens

The Trusted Node platform has a utility token dubbed $TNODE. TNODE presents a unique opportunity for the holder as any user staking $TNODE will be entitled to receive a proportionate share of the daily rewards allocated to the vault. TNODE can also be used to participate in the platform’s governance, as the Trusted Node protocol operates as a Decentralized Autonomous Organization (DAO).

Amongst the crucial decisions that will be placed as responsibilities of the TNODE holders include the launch of new validator nodes and resource allocation to each node amongst others. There are plans for the TNODE tokens to be listed on exchanges to increase their tradeability with other cryptocurrencies.