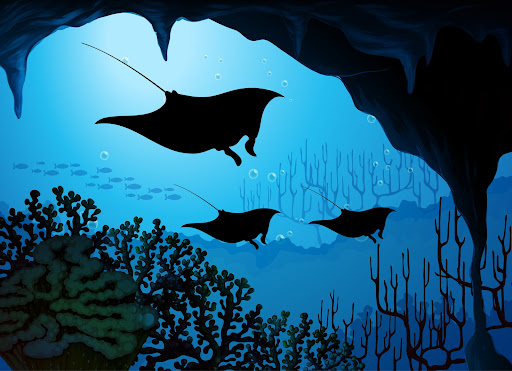 Polkadot-based privacy layer project, Manta Network, is all set to witness the launch of its upcoming token event called ‘Squad Game’, which, as the name suggests, is a play on the title of the popular tv show Squid Game. While nowhere close to being as gruesome as its Netflix counterpart, Squad Game does share a similarity with its Netflix counterpart insofar that it uses a round-by-round system to help facilitate its issuance-related matters. Lastly, as a fun fact, a group of Manta tokens is referred to as a ‘Squadron’ of Manta, hence the name.

It should be pointed out that Squad Game will be open only to members of the project’s fast-growing community, allowing individuals to acquire MA (Manta) tokens by virtue of their participation alone. Also, it is worth mentioning that news of the event’s launch comes right after the project was able to raise $5.5-million worth of funding from more than 30 venture funds, including established financial entities such as CoinFund and ParaFi Capital.

In terms of what the Manta Network is all about, the platform can be thought of as a decentralized ecosystem that delivers plug-and-play privacy for any project operating within the burgeoning decentralized finance (DeFi) market. Technically speaking, Manta can be viewed as a layer-1 protocol that is designed to help leverage the power of zkSNARK proofs allowing for the facilitation of real-time, algorithmically private on-chain transactions.

So what exactly is Squad Game all about?

As mentioned earlier, Squad Game is Manta Network’s upcoming token distribution event. It is open only to the project’s core backers, allowing them to be one of the first people to own Manta tokens. These coins are multifaceted and are used by their owners for a variety of reasons, including the ability to participate in the platform’s native decision-making processes via things like on-chain governance voting.

The event is invite-only and will commence through two distinct rounds. In this regard, it should be pointed out that participants of both rounds 1 and 2 need to have received an official invite via email as well as have passed a specific KYC check. The registration and KYC processing window is now open and will continue to remain so until November 9.

Further elaborating on the setup, while round 1 ensures guaranteed token allocation — being open for 24 hours starting November 10 — invited individuals will also be provided with the opportunity to take part in round 2 on a first-come, first-served basis. Similarly, round 2 will commence 5 hours after the close of round 1.

To help promote a sense of fairness, especially in relation to token distribution, the Manta Network team has put a few checks in place so as to enable optimal community participation. For example, a low maximum acquisition count will be maintained so as to prevent single individuals from taking up too many tokens. Similarly, the project devs will also allow small token quantities to be purchased by interested investors in order to maximize participation — an aspect that will be further enhanced by the fact that there are two rounds that investors can make use of.

Other specifics related to the event worth noting

While members participating in Round 1 of Squad Game are guaranteed allocation of MA tokens, they need to be whitelisted, pass a KYC test and rise up to a specific rank like ‘active ambassador.’

Similarly, allocation for Round 2 is limited as well, with users required to satisfy one of the following requirements:

As highlighted in an earlier section, the token distribution is ready to commence on November 10 with more details regarding the same set to be announced shortly. In terms of purchasing MA tokens, interested investors have the option of acquiring the assets via a host of different cryptos including ETH, USDC (ERC20), USDT (ERC20), and DOT. For all storage related matters, users need to possess a Polkadot JS wallet.

Three Projects Are Already Competing For A Polkadot Parachain Slot