Halloween is tomorrow, but the decentralized sphere has already begun with its practical pranks. The Non-Fungible Token (NFT) of a white-haired, green-eyed pixelated character known as the CryptoPunk 9998 was exclusively bought for $532 Million. However, in the spirit of Halloween, the amount ended up right back to the bidder’s wallet but with a hiked floor price, according to the Ethereum blockchain.

NFT price doubled after the prank

According to Bloomberg, Yesterday, an Ethereum address “beginning with 0xef76 transferred the CryptoPunk to the address starting with 0x8e39”. However, within 90 minutes post the purchase, “0x8e39 sold the NFT to an address starting with 0x9b5a for 124,457 Ether”, i.e., $532 million, “all of it borrowed from three sources, primarily Compound.” The NFT was further returned to the original address, “0xef76, and put up for auction again for 250,000 ETH”, which amounts for over $1 billion.

So basically, the buyer and seller could have been the same people, and the intention of this full circle trade was to in fact inflate the price of the mentioned NFT. While they put the NFT for sale from one wallet, they moved on to place a bid using a different wallet for the same token. Furthermore, they borrowed the money from compound protocol to initially pay for the NFT, however, returned the loan to the compound protocol upon completion of the transaction, which eventually doubled the floor price of the NFT to over $1 billion from more than half a billion dollars.

Larva Labs, the CryptoPunks founder, took to Twitter, noting that this transaction was not an attack, rather it was done entirely through “flash loans”. “In a nutshell, someone bought this punk from themself with borrowed money and repaid the loan in the same transaction.”

PSA: This transaction (and a number of others) are not a bug or an exploit, they are being done with “Flash Loans” (https://t.co/Q5bDL1QkWP). In a nutshell, someone bought this punk from themself with borrowed money and repaid the loan in the same transaction. 1/2 https://t.co/EgS7aiga3j— Larva Labs (@larvalabs) October 29, 2021

Furthermore, Larva Labs added that this is not the first time that such large bids were placed through loans to inflate the floor price. However, according to the Labs, while these bids are “technically briefly valid, the bid can never be accepted. We’ll add filtering to avoid generating notifications for these kinds of transactions in the future.” 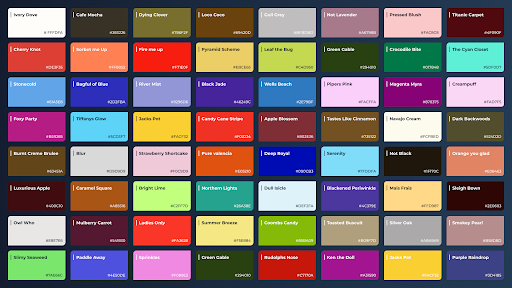 Owning and Trading NFT Colors Could Be The Next Big Trend