Crypto exchange operator Coinbase's mobile app has hit the number one spot on Apple’s U.S. App Store, making it the most downloaded iOS app in the U.S. over the last few days.

This is not the first time Coinbase's app has hit the top spot. In May, the app reached the same ranking and once in 2017 as well. The recent rankings suggest that crypto fever is currently seeing a lot of mainstream awareness.

Bitcoin is trading above $61,000, and the meme coin Shiba Inu's (SHIB's) market capitalization has surpassed that of another meme coin, dogecoin (DOGE).

Amid the bull market, Crypto.com's iOS app has also become one of the most downloaded apps in the U.S., with the app reaching the fifth spot on Apple’s U.S. App Store. 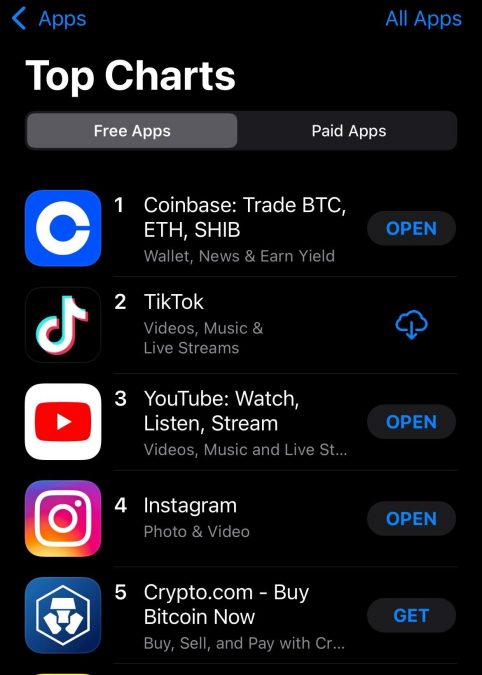