Did ShibaInu ticker rally Coinbase to the top on the US Apple App Store?

Amid the Shiba Inu frenzy, Coinbase has also joined the trend to gain more traction from Social Media’s exclusively popular meme coin. Earlier today, a trader tweeted a screenshot from Apple’s App Store, where Coinbase was listed on No.1, even before TikTok and Instagram.

The exchange platform intelligently used the Shiba Inu (SHIB) ticker in the name of its organization, accompanied by the OG Bitcoin (BTC), and ever-evolving Ethereum (ETH). The crypto community on Twitter has speculated this as another ‘growth hack’ by the exchange, where the platform temporarily showcases internet-famous crypto to use the token’s trending status in advertising its application.

According to CoinGape’s reportage of Shiba Inu’s exceptional growth, it was revealed today that SHIB’s market cap grew to $42 billion and made it the ninth-largest cryptocurrency. Regardless of Musk’s tweet about not owning any SHIB in his crypto portfolio, and trying to push DOGE, the coin still stood strong at an all-time high of $0.000088 this morning, with speculations of touching $0.0001. However, by early afternoon SHIB saw a considerable correction, reaching $0.00006633, with a market cap of $37.9 billion, at the time of reporting.

Coinbase is attempting to appear more inclusive and community-friendly, with its latest NFT trading platform upgrades and statements by the CEO about the ongoing XRP lawsuit. Coinbase CEO, Brian Armstrong recently claimed that Ripple is doing better in the lawsuit than expected.

“The Ripple case seems to be going better than expected. Meanwhile, the SEC is realizing that attacking crypto is politically unpopular (because it harms consumers).”, he said.

However, despite a consistent appeal from the XRP community to re-list the token on its exchange platform, Coinbase has not taken any action on these requests. This may speculate at the organization’s ill-intent towards tokens, questioning if the platform only takes advantage of the popular and regulator-free tokens, but abandon the ones that may be under regulatory oversight. While Coinbase aims to maintain support from the XRP community by comments from its CEO, the platform still fails to show any real support.

Trailing Current Uptrends, Here Are the Top Two Coins to Watch for the Week

Shiba Inu Price Crashes by 30% After Mammoth Rally, Can it Make a Comeback? 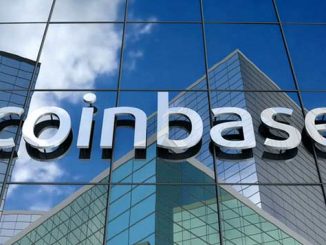