Cream Finance may have just suffered a major hack on Wednesday, reportedly loosing more than $100 million worth of funds to the massive flash loan attack.

The flash loan attack on the decentralized lending platform, was first identified by blockchain data analytics firm PeckShield, who says the stolen funds included Cream liquidity provider tokens, and some other Ethereum-based tokens as well.

What This Flash Loan Attack Means for Cream Finance

Firstly, in order for a flash loan attack to happen, an attacker must exploit vulnerable smart contracts in order to create their own arbitrage opportunity. Typically, this is done by carrying out a simultaneous purchase and sale of the same asset in different markets in order to profit from tiny differences in the asset’s listed price.

But, this is not the first time that Cream Finance is being targeted by attackers. Back in August, there was another $18 million flash loan hack of the same protocol.

According to industry reports, Cream’s total value locked at this time was worth over $1.5 billion,

Although Cream Finance protocol has notified its Twitter followers that the flash loan is currently being investigated, but its users are not having it, with many of them pointing out Cream’s substandard record of protecting its user funds.

We are investigating an exploit on C.R.E.A.M. v1 on Ethereum and will share updates as soon as they are available.

Even with all of the praises that’s greeted decentralized finance DeFi in recent times, especially for the change it has brought to traditional finance and how it improves financial inclusion, the industry’s record regarding consumer protection has honestly been nothing to write home about.

As at September 16, exploits have totalled 63, with lost funds nearing about $1.2 billion, according to CryptoSec. But this exploit of Cream Finance has become one of the largest.

Following the news of the exploit, the value of Cream Finance’s CREAM token has crashed, falling more than 26% to $115.47.

Coinbase Hacked: Here’s the Number of Affected People and What led to Hack 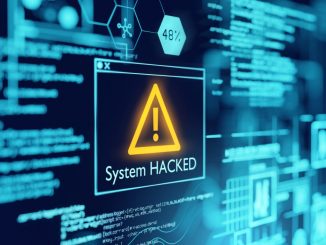