Newt Gingrich, the Ex-Speaker for the US House of Representatives is back in news with his radically pro-Bitcoin suggestions to the authorities. Gingrinch, who is now an adviser at a new Israel-based firm, the International Bitcoin Advisory Corporation (IBAC) recently told the Financial Times that, countries should use Bitcoin as a hedge against inflation as well as against central banks.

He argued that more domestic Central Banks, with less global dominance, stand at “risk of the larger systems”. He used El Salvador Central Bank’s example in comparison to the globally dominant American or Chinese Central Banks.

“This is an opportunity for countries to hold part of their reserve in bitcoin as a hedge against inflation and against central banks… I think in particular when you have banks like the central bank of El Salvador that doesn’t do very much to influence worldwide financial behaviour. They’re ultimately at the risk of the larger systems — the Americans the Chinese, the Germans — changing the rules of the game. In its present cycle that’s clearly an inflationary direction…”

Newt, who personally owns Bitcoin, also specified that Bitcoin is the most appropriate choice for a Hedge as it is also the most globally accepted virtual currency. Furthermore, he also believes that Bitcoin’s carbon output is substantially lower than that of the falsely marketed electric cars, which he defined as “one of the great hoaxes of all time”. 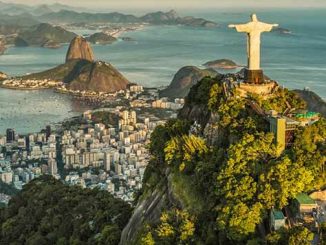 Bitcoin Price Knocks On $60,000 Amidst Growing Rumors Of BTC Futures ETF Approval By The US SEC