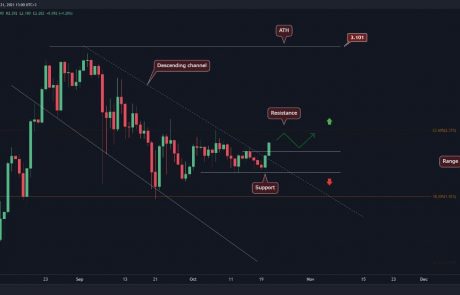 As indicated in the previous analysis, Cardano (ADA) has attempted to break away from the descending channel several times and finally managed to do that today on sustained volume. This puts the price in a range between $2 and $2.4 – levels which also act as support and resistance. A confident push from the bulls can take the price beyond the key resistance and closer to the all-time high at $3.

Volume: The move was on strong volume, and, at the time of this post, the four-hour timeframe shows three green candles. This indicates a strong momentum from the bulls following the breakout.

RSI: The RSI is in the overbought area (>70) on the four-hour timeframe, indicating a throwback to $2.2 may be possible in the nearby future before continuation takes place.

MACD: Daily MACD is firmly placed on the bullish side of the daily timeframe. The histogram is drawing higher highs, and the moving averages are expanding upwards. This is bullish.

The bias can be considered bullish in the near term. ADA seems to be on track to test the $2.4 resistance. We have to watch the price action closely at that level and see if it has the strength to continue pushing higher. In the last two attempts to break above this resistance, the bears sent ADA’s price back towards the key support. Therefore it is best to be patient and let price lead the way.

Considering the current price action, ADA is on a path to revisit the resistance at $2.4. Potentially, further price increase might follow in the next few days. If ADA manages to break away from the resistance, then a retest of the all-time high also becomes possible, which would put the price around $3. On the other hand, any rejection at resistance might push ADA back towards $2. However, this seems like the less likely scenario due to the overall bullish market after Bitcoin broke its all-time high yesterday. 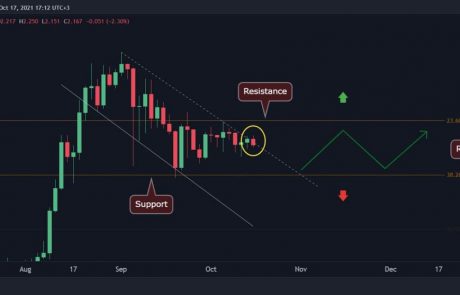 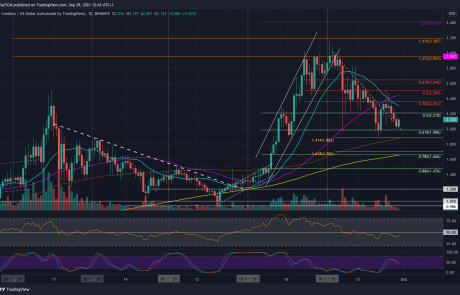 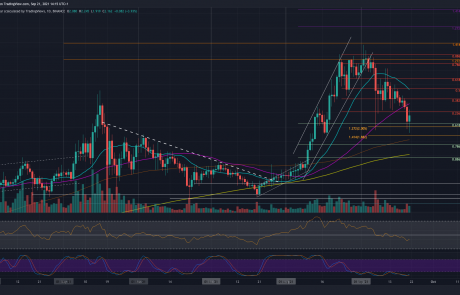