The latest update in the XRP lawsuit has brought bad news for Ripple and XRP Holders, as the court granted SEC’s 2-months extension request for the expert discovery deadline in a Text-Only Order.

The court noted that both parties agreed that there are likely at least 14 expert witnesses that will be deposed. However, Ripple argued that these depositions can reasonably be conducted within 18 business days given the resources available to the SEC. Furthermore, the Defendants along with the Movants (XRP Holders) claimed that any more delay in resolving this case will cause serious harm to the interests of both respectively.

Nevertheless, the court has granted the extension explaining that in lieu of pending motions, extra time will only facilitate both parties to complete pending fact discovery and thoroughly prepare for upcoming expert depositions. Additionally, the Court also denied Attorney Deaton’s Letter Motion to File Amicus Brief, on behalf of the XRP Holders that contended SEC’s extension request.

“While the Court recognizes that both parties have dedicated substantial resources to prosecute this case, given the pending motions to dismiss and strike, and the previous adjournment of any deadline to file a motion for summary judgment, the additional time sought by the SEC will not affect the schedule to resolve this case. Rather, the additional time sought by the SEC will allow both sides to complete the outstanding fact discovery and properly prepare for expert depositions. Accordingly, the SEC’s application is GRANTED.”, the court stated.

Earlier this week Ripple argued that the extension will continue to “freeze” the XRP markets within the United States that will further “unduly prejudice” Ripple. The defendants claimed that nearly every digital asset exchange in the United States has de-listed or suspended trading of XRP, “severely damaging” the token’s markets, and further damaging Ripple’s business as the defendants depend on XRP for its product offerings.

XRP Holders also bored the burn as their funds remain frozen due to the ongoing lawsuit. Many XRP Holders hold XRP in retirement brokerage accounts, which have also been “frozen” because of the SEC’s claims, alleging XRP to be an unregistered security. XRP holders are unable to trade, sell, transfer or convert their XRP. 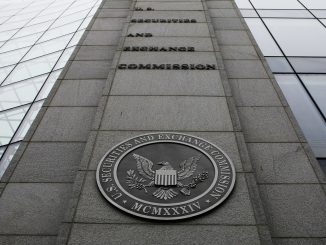