The popular meme-inspired coin and self-proclaimed DOGE killer, Shiba Inu (SHIB), has continued to gain popularity, recording more than 9% growth in the number of holders within the last two weeks.

Amid an impressive price performance since October 2nd, retail demand for SHIB remains at large as the meme coin has managed to accumulate more than 60,000 new holders, representing about 9.11% increase in a little over two weeks.

There are currently over 742,000 unique addresses holding the SHIB token, which is more than double the number of unique holders the coin had earlier in May when it was trading at its peak and hit an all-time high (ATH).

Price Slides Do Not Deter the SHIB Army

The meme coin has a strong retail user base popularly known as the SHIB Army. These Shiba Inu enthusiasts are quite confident that the crypto asset has the potential to go much higher, and as a result, are not phased by price drops.

A few days ago, SHIB lost more than 40% of its value within 24 hours, causing its market cap to drop from just a little over $11 billion to about $8.5 billion.

The catalyst for the massive plunge in Shiba Inu’s price had allegedly been a whale dump, which saw over 31 billion SHIB tokens liquidated from addresses that held between 1 million and 10 million SHIB tokens.

Interestingly, at about the same time, one address purchased over 8 trillion SHIB tokens, worth approximately $239.4 million in today’s prices, which is a significantly larger position than the aforementioned 31 billion coins.

Despite being a relatively new asset in the crypto market, SHIB is currently one of the top 10 coins by trading volume, according to data from CoinGecko.

In recent months, Shiba Inu has been gradually moving past the memecoin narrative as the project is now adding other functionalities. 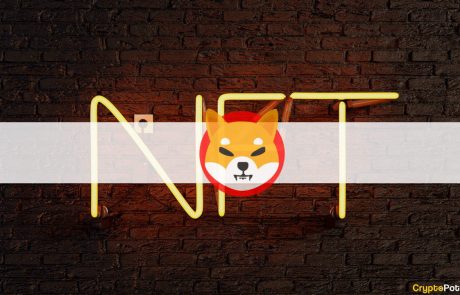 Shiba Inu (SHIB)’s Upcoming NFT Drop: What You Need to Know About Shiboshis