Trailing Current Uptrends, Here Are the Top Two Coins to Watch for the Week

The boosted rally that was recorded in the digital currency ecosystem in the previous week may become a source of a huge upshoot in the coming week. This speculation is being held dear by many crypto proponents on various social media platforms, as the rally that pushed the top coins may begin to materialize in the coming week. Based on current fundamentals and ecosystem activities, here are the top two coins to watch out for this week.

Bitcoin single-handedly drove the broad cryptocurrency market cap to new heights in the previous week. The coin surged by more than 10.30% in the trailing 7 days, surging to a weekly high of $62,757.13, and its highest level since April.

While the Bitcoin price surge was based on steady growth through the course of October, the past week’s growth was heightened by sentiment surrounding the approval of ProShares Bitcoin Futures Exchange Traded Fund (ETF) by the Securities and Exchange Commission (SEC).

All seems set per various media reports citing people familiar with the SEC matters, and we may begin to see the Bitcoin Futures ETF product start trading from next week on NYSE Arca, and under the ticker symbol BITO. Should this event pull through as projected, a new flood of institutional money may be ushered into the industry, as many conservative and regulatory-conscious investors will now have an avenue to gain exposure to the space.

Bitcoin is currently trading at $60,863.47 per data from CoinMarketCap, this price may receive a huge lift-off when institutional money starts flowing into the ProShares ETF product from next week. With the potential growth incoming, Bitcoin may retest its previous all-time high of $64,863.10 if the ETF product goes live as planned.

Polkadot started off the previous week on a bearish note, but soon picked up the pace and charted a new weekly high of $44.68, a price point that is slightly shy of the ATH of $49.69, attained back in May.

The price facelift of the digital currency was fueled as Polkadot governing council passes the motion for open parachain auctions which if passed by the public will kick-off by next month. The DOT token has a lot to gain as it will find a central utility amongst protocols that will be bidding on the auctions, and the broad ecosystem activities can make the digital currency surpass its previous ATH, accompanied by a new price discovery. 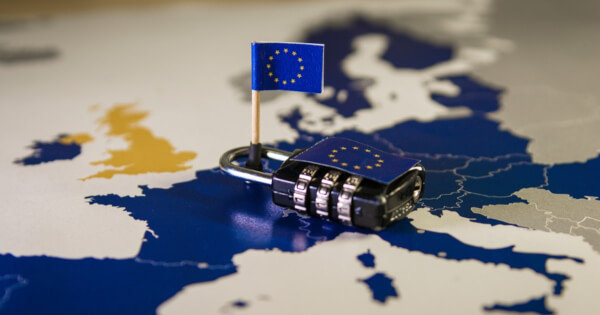