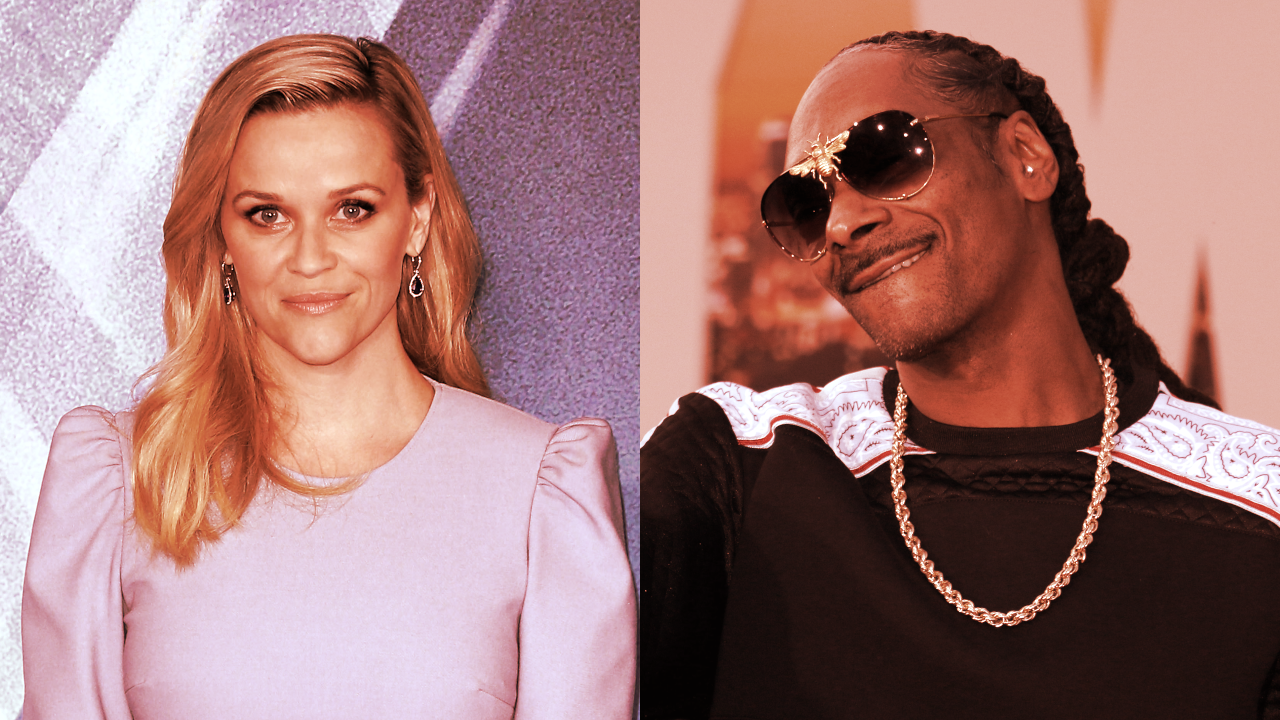 Actress Reese Witherspoon is dipping her toe into the crypto world, starting with a purchase of Ethereum (ETH) and now her first NFTs. On the latter front, she’s getting advice from another celebrity who recently revealed that he’s deeply immersed in the NFT scene: rapper and entertainer Snoop Dogg.

On Monday, Witherspoon tweeted, “Just bought my first NFTs! I’m learning so much. Would love to know about amazing women creating #NFTs. Talk to me #cryptotwitter.” She did not disclose which NFTs she purchased. In early September, Witherspoon tweeted about buying her first ETH, and in both cases, she called out directly to Crypto Twitter for advice.

Snoop recently revealed himself as a die-hard NFT collector under the pseudonym Cozomo de’ Medici, with a collection estimated to be worth more than $17 million as of this writing (per DappRadar). He’s deeply immersed in the scene, as his Cozomo Twitter account suggests, and was ready with a recommendation for Witherspoon.

In a quote-tweet, Snoop suggested that Witherspoon connect with Priyanka Desai, head of operations at OpenLaw and a member of the NFT-collecting DAO, Flamingo DAO.

Hello @ReeseW! May I kindly recommend a conversation with @pridesai, one of the most influential women in NFT, who can then connect you with the most incredible female artists, collectors, and innovators in our world🍷~CdM https://t.co/xdtn05qzdU— Cozomo de’ Medici (@CozomoMedici) October 11, 2021

“May I kindly recommend a conversation with @PriDesai, one of the most influential women in NFT, who can then connect you with the most incredible female artists, collectors, and innovators in our world,” Snoop tweeted via his Cozomo de’ Medici alias.

An NFT is effectively a receipt that proves ownership to a scarce digital item, authenticated on a blockchain. It can represent nearly any kind of digital item, including digital artwork, profile pictures, and video files. Ethereum is currently the leading blockchain platform for NFTs, and the market has surged in recent months, including $10.67 billion worth of trading volume in Q3 2021 alone.

Witherspoon has not yet responded to Snoop’s tweet, but she did like a number of the other replies from across the Crypto Twitter spectrum, including a few about the World of Women NFT project. She also liked tweets from Stoner Cats, the NFT-funded animated series co-created by actress Mila Kunis, as well as one from a person who tweeted that they would get a “Reese” tattoo if she buys a Deadfellaz NFT.

He’s also using a CryptoPunks NFT as his Twitter avatar and has purchased additional high-value Ethereum NFTs in recent weeks, such as a $3.9 million piece from XCOPY and an undisclosed share (a “big portion,” per the broker) of an Art Blocks “Fidenza” NFT valued at 2,500 ETH ($8.7 million). 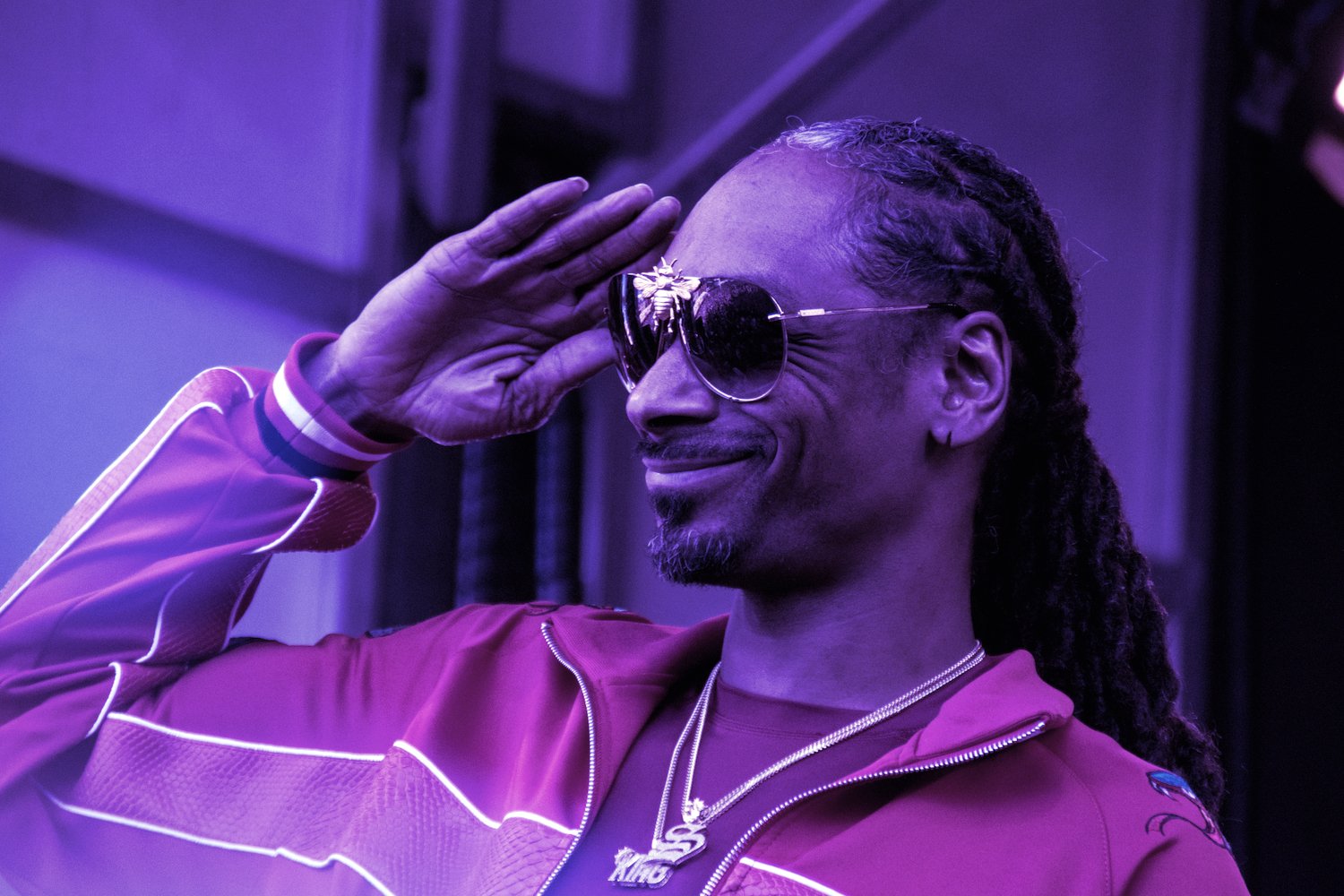 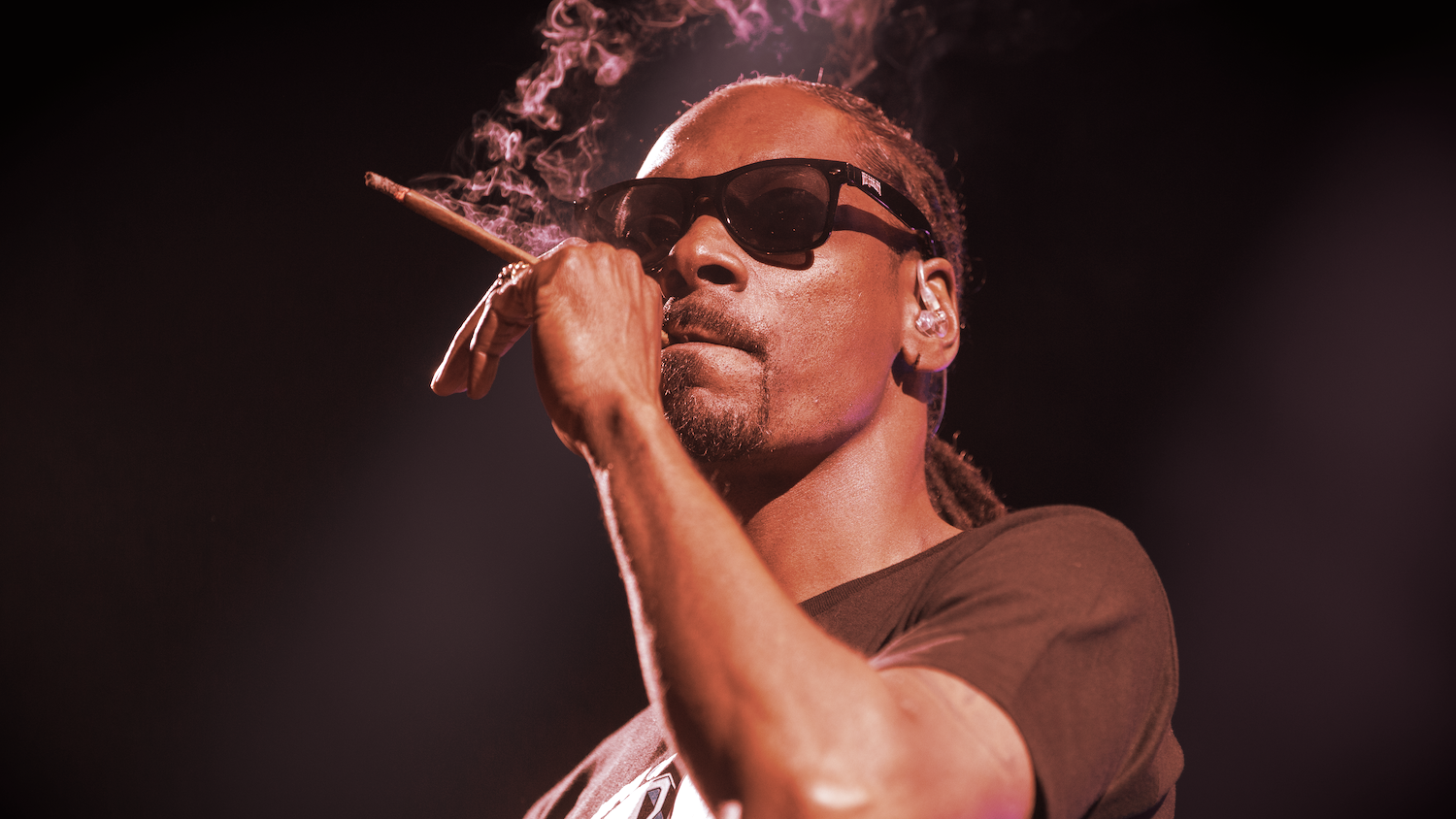 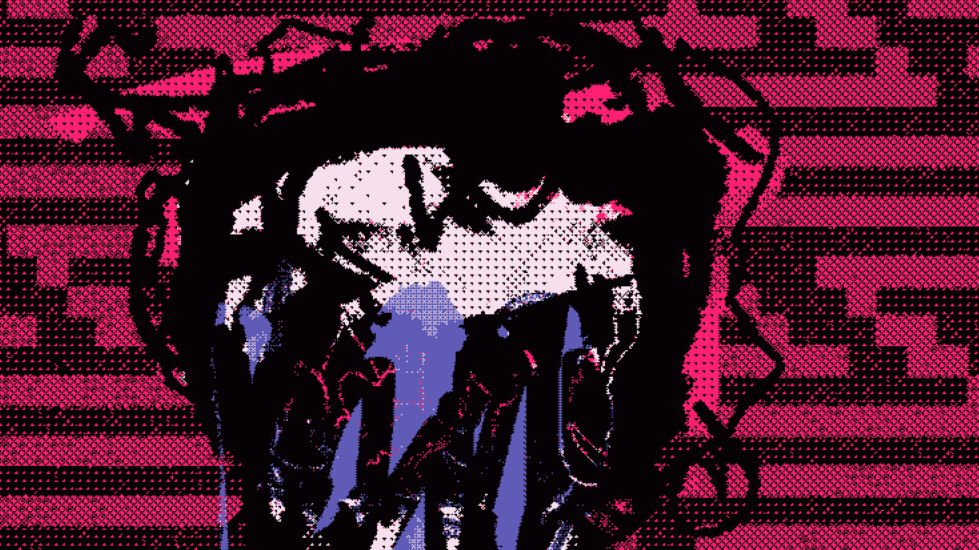