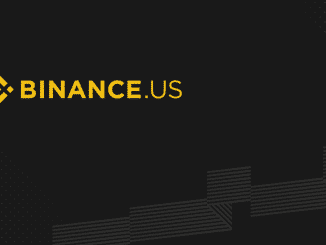 Following its former CEO’s sudden and controversial departure, Binance.US announced the appointment of the new Chief Executive Officer (CEO), Brian Shroder. The crypto exchange platform noted in its community announcement, that Shroder had already been part of the Binance.US team as the former President.

He had been responsible for the company’s strategy and execution, fundraising, business, and corporate development along with legal, human resources, and product & technology functions. Furthermore, Binance.US has also appointed Eric Segal as Interim Chief Financial Officer (CFO), as the present CFO, Joshua Sroge prepares to take a leave from the company.

Both the Brians of Binance appear to possess different visions for the company. In his statement as new CEO, Brian Shroder reinstated the company’s aim towards achieving IPO. This came as a surprise as earlier this year, the former CEO, Brian Brooks revealed that the exchange had no plans of opting for a public listing anytime soon.

“In my short time with Binance.US, I have already seen the tremendous potential the company has for rapid growth in the United States…It is truly a privilege to work with the talented team that has built Binance.US into the innovative platform it is today, and I look forward to growing our team further as we continue to expand our products and services and begin our initial first steps on our pathway to IPO.”, said Shroder.

Former CEO, Brian Brooks’ sudden departure came as Binance’s main global exchange, Binance.com was faced with intense scrutiny this year from regulators globally, including nations like the UK, Germany, Japan, and Hong Kong, among others. The crackdown was speculated to be over concerns around the company’s lack of consumer protection and anti-money laundering practices. Binance.US has emphasized from day one that it is independent of the main exchange as its service is only dedicated to US customers. Yet, Changpeng Zhao, founder, and CEO of Binance hold the majority of stakes in the company. Furthermore, Brook’s exit as the crackdown on Binance.com intensified raises more suspicions.