At the time of publication, Bitcoin was trading at $54,708, putting the market cap at approximately $1.03 trillion. 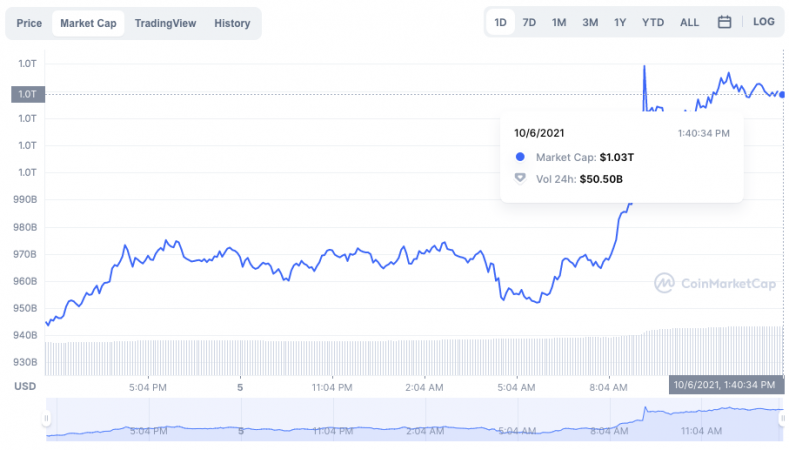 Bitcoin broke $50,000 for the first time in 100 days last month after a steep downturn to just below $30,000 in July. At that time, it was changing hands around $50,200, with market cap making its way towards the $1 trillion mark but never quite reaching it.

According to CoinMarketCap, it stalled at $989 billion on September 7 before the price took a downturn back to the mid-$40,000s.

This is the first time since May of this year market capitalization has surpassed $1 trillion. The last time was May 10, 2021, when the market cap reached $1.06 trillion. In the early months of 2021, the Bitcoin market cap was regularly breaking the $1 trillion mark before May's downturn. 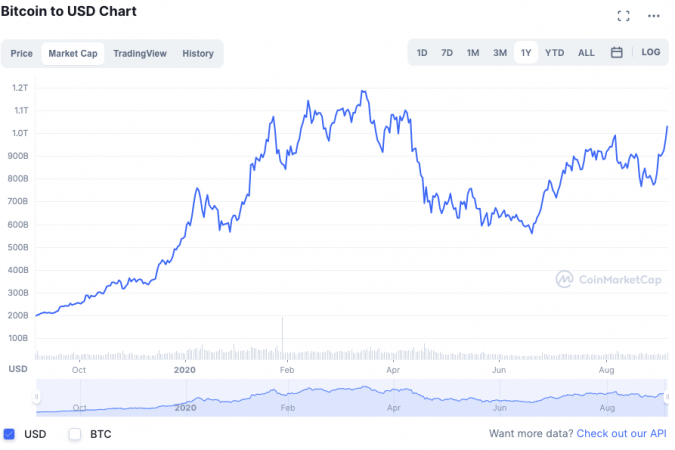