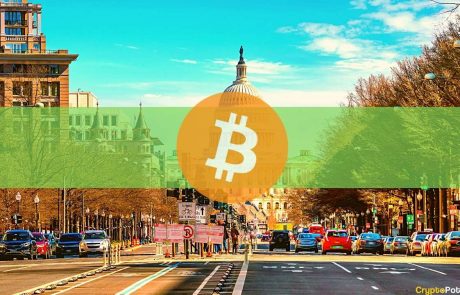 The price of bitcoin has jumped to a weekly high of nearly $45,000 amid positive news coming from the US Fed Chair – Jerome Powell. Most alternative coins have also marked substantial daily gains, with ETH rising above $3,100 and BNB jumping to $400.

The tides seemed to have turned in the cryptocurrency space in the past 24 hours. On Wednesday, bitcoin had dumped below $41,000 for the third time since the start of the week, and the situation looked grim at best.

However, the bulls managed to intercept this drop just like the previous ones and pushed the asset north. As reported yesterday, this resulted in BTC exceeding $43,000.

The cryptocurrency even attempted to break above $44,000 but was initially stopped. However, BTC shot up in the hours after and neared $45,000. This came shortly after the US Federal Reserve Chairman – Jerome Powell – said during a two-hour House Finance Services Committee meeting that the country has no intentions to ban cryptocurrencies.

As a result, bitcoin spiked to its current level, which is the highest it has been in a week. Consequently, its market capitalization has increased to $850 billion.

Alts See Nothing But Green

Most larger-cap alternative coins remained stagnant in the past few days. This is not the case now, though. Ethereum had fallen to $2,900 and struggled to reclaim $3,000. However, a 5% daily increase has driven the second-largest cryptocurrency to above $3,100 as of now.

Cardano also dipped hard during the week but currently stands at $2.15 after a 4.5% jump. Binance Coin, which was the best performer yesterday, continues to impress again with an 8.5% increase to over $400.

The cryptocurrency market cap has increased by roughly $100 billion and is just shy of $2 trillion.