Cardano stabilized above $2 in the last week, with its frequent recovery attempts ending unsuccessfully. Nonetheless, Cardano’s development activity is on an upward trajectory, with stablecoins likely to come to the ecosystem in the future.

According to the founder, Charles Hoskinson, Cardano will in the future be able to run countries. In addition, the network that currently supports smart contracts is looking forward to critical partnerships that will see it expand its footprint in the industry and grow utility.

Meanwhile, the cryptocurrency market has started the new month in the red, despite ending September in the green. Bitcoin lifted to close the gap at $44,000, but as reported, bulls lacked a catalyst to confirm a breakout above this level. At the moment, BTC trades around $43,500 while bulls focus on stopping declines below $43,300.

ADA is trading at $2.1 at the time of writing, with the sideways trading likely to carry on in the near term. The Moving Average Convergence Divergence (MACD) affirms the mundane trading as it levels at -0.062. This horizontal movement suggests that the market is undecided and emphasized by a similar Relative Strength Index (RSI) picture.

Cardano will confirm the uptrend to the supply zone in red around $2.5 if bulls make a real break past the descending trendline. On the downside, the bearish move may break the stalemate, resulting in immense losses under the demand zone in green. More support is expected at the 200 SMA and $1.5.

Terra made a run for $40 on Thursday amid an impressive bullish push from the highlighted green demand zone support. A break above a descending trend line resistance boosted the price above the resistance at $38.

Although bulls eyed highs above $40 which would bring the token to the all-time high at $44, LUNA retreated on hitting $39. At writing, the token trades at $37 as bulls rush to secure higher support.

Meanwhile, support is expected at the 50 SMA, currently holding the ground at $36. If push comes to shove, Terra will retest the descending trend line before losing more ground to the primary demand zone in the green. 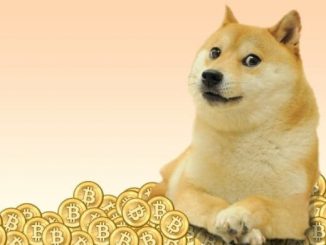