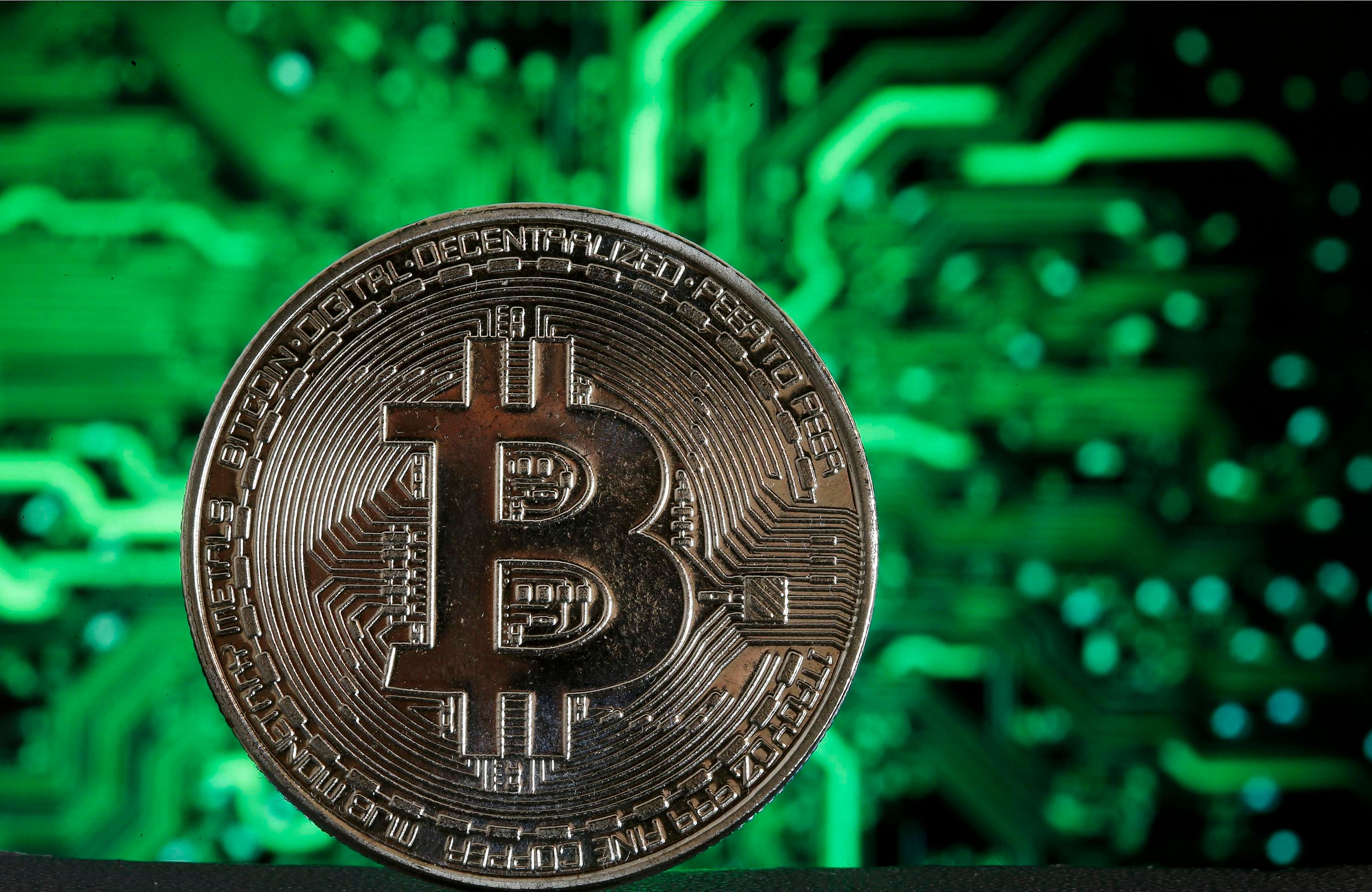 Bitcoin surged by more than 7% overnight in Europe as the world’s leading cryptocurrency tried to cap three weeks of declines, but a re-test of $42,500 may be necessary before the market establishes a clear direction.

There was no clear fundamental catalyst for the pump, though some news organizations linked it to remarks by Gary Gensler, the boss of the U.S. Securities and Exchange Commission, who yesterday reiterated his support for futures-based bitcoin exchange-traded funds (ETFs).

A more plausible explanation from a technical-analysis perspective is that traders were trying to break out of the short-term downtrend that bitcoin has been locked in since September 7th – the day that El Salvador adopted bitcoin as legal tender.

Two prior attempts to reverse the trend were made on the September 24th and 27th, with both being rejected at the 144 exponential moving average on the 2hr chart. 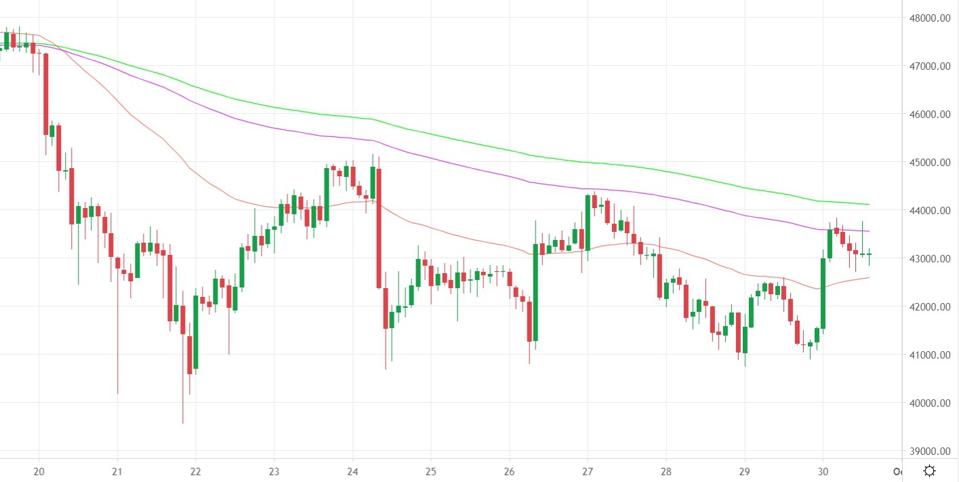 This morning’s rally also faltered at that level, indicating that bitcoin has either failed to resume its long-term uptrend or it has shifted to consolidation mode ahead of an eventual leg up.

If the latter scenario holds true, then traders will now be looking for a support level to test and validate the upward momentum. At the time of writing, the most obvious short-term candidate was $42,500 – a flat level that provided lower-timeframe resistance five times on Tuesday and Wednesday.

That level also broadly coincides with the 144 and 200 exponential moving averages on the 15 minute chart. 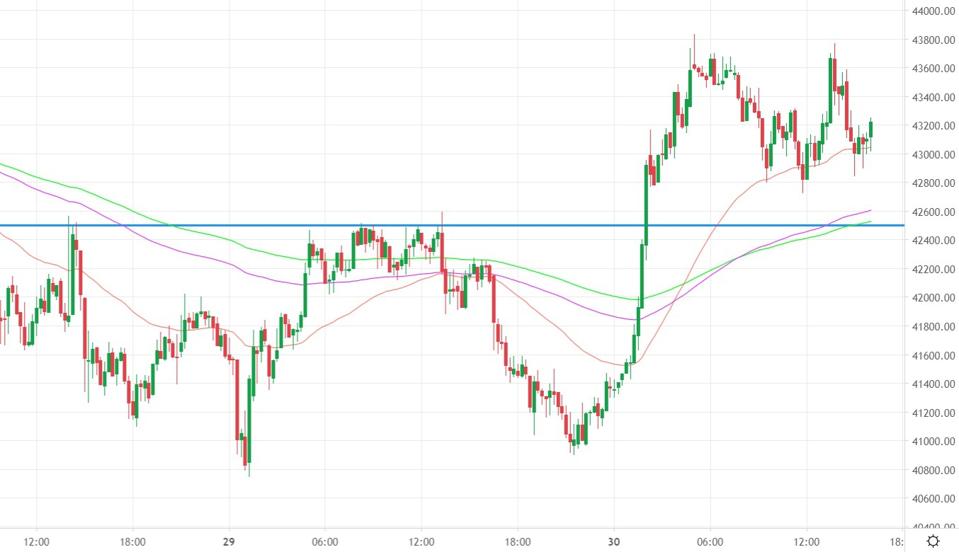 Technical analysts use various chart-based indicators and patterns to identify support and resistance levels – subjective ranges which, they believe, will either propel price to the upside or reject it to the downside.

Although many people are skeptical of technical analysis, there’s a growing recognition that it has the potential to become a self-fulfilling prophecy. Any level that achieves widespread notoriety among traders is likely to attract a large number of limit and stop orders, inviting a showdown between bulls and bears with sufficient trading volume to drive price discovery.

Flat levels and moving averages are among the most closely watched patterns and indicators, as they’re drawn relatively objectively and are therefore more likely to be on the radar of a large number of market participants.

If $42,500 is tested and breached to the downside, the next major test of support will likely be at $41,000. Price has bounced off that level five times over the past ten days.