Bitcoin and ethereum have bounced back after the latest China-induced sell-off last week, helping the cryptocurrency market return to $2 trillion.

The bitcoin price fell sharply last week after China's central bank warned all crypto transactions are now illegal in the country but the latest crackdown has failed to deter investors who have contined to pile in to other cryptocurrencies as well. The ethereum price has soared 12% over the last 24 hours.

Now, it's been predicted that U.S. Securities and Exchange Commission (SEC) could greenlight a long-awaited bitcoin exchange-traded fund (ETF) as soon as next month—something that could send the bitcoin price as high as $100,000.

"There are now over [bitcoin ETF] 30 applications, and the fact that money is migrating from the U.S.—from Cathie Wood and Ark—towards Canada, the pressure is quite strong and high for the U.S. regulators to say: 'All right, we’re kind of missing out here and we need to do that.'"

Earlier this month, major investor Fidelity urged the SEC to approve a bitcoin ETF, pointing to increased investor appetite for virtual currencies, growing bitcoin adoption the existence of similar funds in other countries, according to media reports. However, the SEC has signalled it will continue its cautious approach under new chair Gary Gensler, following suit with his predecessor Jay Clayton.

McGlone also doubled down on his $100,000 bitcoin price prediction, forecasting bitcoin will hit the psychological level by the end of 2021 but potentially as soon as October. 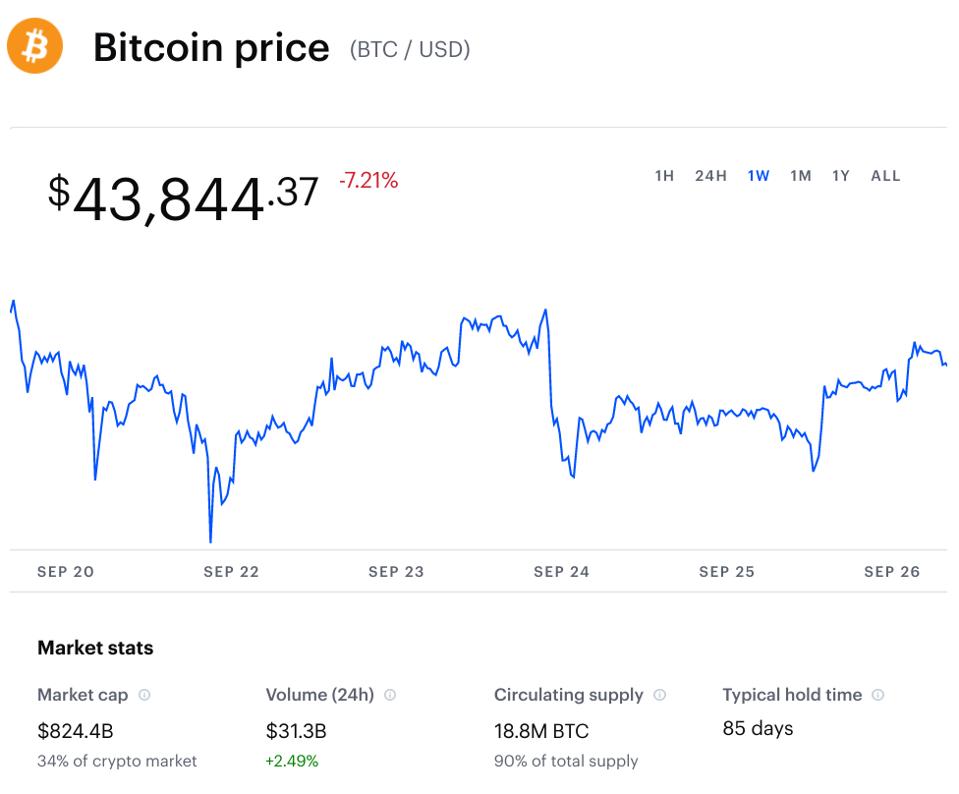 "[After bitcoin broke] $10,000, it’s more likely to go to $100,000," said McGlone, referencing bitcoin's volatile price history. "The thing that I’ve underestimated this year is how much there’s been disdain and outflows from gold, and people giving up on gold and going to bitcoin, and going to bitcoin and ethereum, basically putting bitcoin and ethereum in the same bucket as gold."

McGlone looks to ethereum's outsized performance this year—up 700% over the past 12 months compared to bitcoin's 300% rally—as further justification for his $100,000 bitcoin price prediction.

"If bitcoin just catches up to ethereum, of which there’s been some ETFs launched in Canada, it would be at $100,000," McGlone said. "In fact, it would be close to $130,000. So I think that’s part of the reason it’s probably gonna get there, and the question is when."

Crypto Price Prediction: Ethereum To ‘Exceed’ Bitcoin But Both Could Be Left In The Dust By Cardano