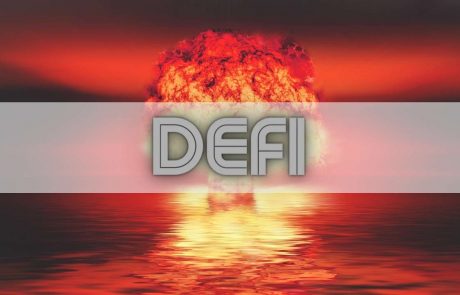 After dumping below $41,000, bitcoin initiated an impressive leg up, resulting in tapping $44,000. Tokens from the decentralized finance space have charted even more notable gains in the past 24 hours, including a massive 30% surge from Uniswap.

Unlike the previous weekends, this one wasn’t uneventful for BTC’s price. The cryptocurrency had just come off a bearish Friday in which it dropped by $4,000 in minutes following the latest FUD statement from China.

Bitcoin spent the Saturday aiming to recover most losses, but the bulls drove it as high as $43,000. Sunday, though, started with enhanced volatility once again.

BTC slumped by a few thousand dollars and dropped below $41,000 for the second time in two days. However, as the bears were preparing to take it further south to $40,000, the situation changed.

In just a matter of minutes, bitcoin spiked by roughly $3,000 and neared $44,000. In the following several hours, the asset went further and briefly exceeded the $44,000 mark. As of now, it has retraced slightly and stands just below it.

Bitcoin’s market capitalization has gone over $800 billion, while the dominance over the alts has declined to just above 42%.

Most larger-cap altcoins have mimicked BTC’s performance since late last week. Ethereum dumped hard yesterday again to below $2,800, but an 11% increase has driven it back to around $3,100.

The most substantial increases are coming from tokens related to the decentralized finance space. Uniswap leads the way with a massive 34% surge in a day. As a result, UNI has neared $25.

PancakeSwap (14%), Aave (16%), The Graph (14%), Compound (17%), SushiSwap (30%), and more follow. This could be related to the latest activities coming from China, as reports suggested that locals are now turning to DeFi products since the country banned cryptocurrency trading – once again.

Ultimately, the cryptocurrency market capitalization has increased by more than $150 billion since yesterday’s low, but it’s still beneath $2 trillion.