Following Bitcoin’s Drop, Addresses in Profit Slumped From 82% to 70%

Bitcoin’s most recent downturn also took a toll on the addresses that are in profit – they decreased from 82% to 70% in less than a couple of days.

When the Bitcoim market eperiences significant price moves, we can assess the change in profitable on-chain entities to gauge zones of cost basis concentration.Approximately 8.6% of on-chain entities (wallets with the same owner) have a cost basis between $43K and $48K.Source: Glassnode 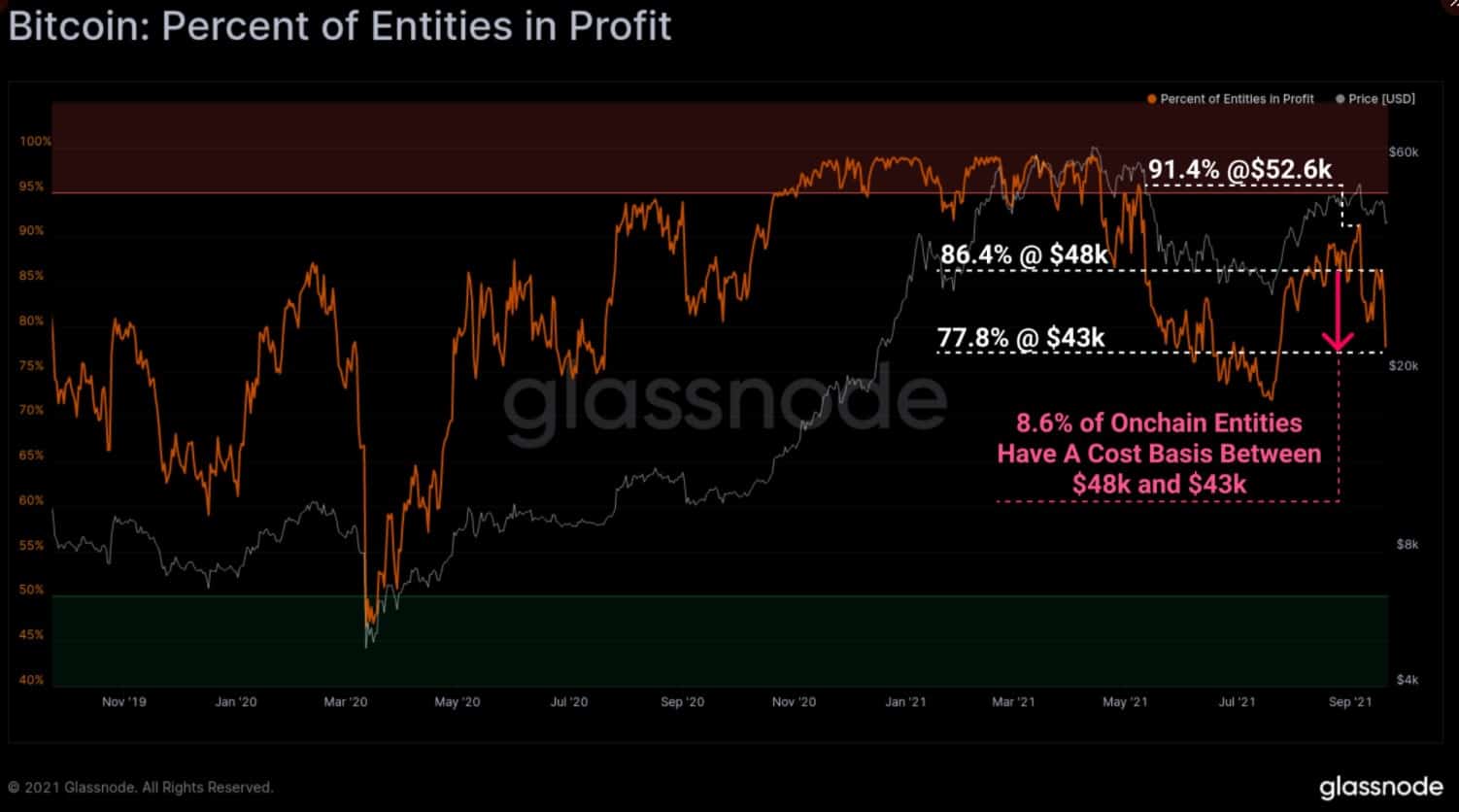