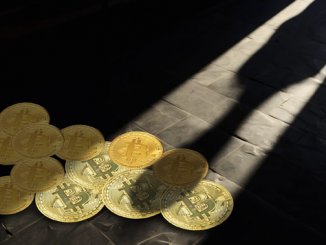 The Asian Time Bitcoin Crash came as a surprise to the investors. However, the Evergrande connection makes the fall appear to be more predictable. The Chinese Real Estate Giant, Evergrande was speculated to be the potential reason for the crash after getting banned from the US, in lieu of its $2 trillion debt.

According to Hong Kong’s Hang Seng Index, the stock market fell earlier today by 3.3% to close at 23,099.14, also seeing a shift in the bear sentiments, furthering towards the crypto. Furthermore, Evergrande Group Shares in Hong Kong nosedived 10.24%, after falling as much as 17% earlier.

Chinese Journalist, Colin Wu tweeted about the sudden and extreme plummeted in stock and crypto markets, “its biggest one-day drop in the past eight weeks. Among them, the two Evergrande bonds will usher in the interest payment date on Thursday, and the stock price plunged nearly 19% during intraday trading, setting a new low since June 2010.”

The 2021 stock market crash due to the real estate industry could be compared to the 2008 stock market and housing crash because of the anomalous growth of the subprime mortgage market beginning in 1999. Furthermore, the 2008 crash was speculated to be the reason behind Satoshi’s Bitcoin innovation.

September 2021 has been a historically bear month for crypto. While Bitcoin fell to the 44K-45K price bracket, many other cryptocurrencies and exchanges faced regulatory wrath. Following the Chinese crypto crackdown, regulators worldwide actively began shutting down unregistered crypto businesses and enforced multiple restrictions on the industry.

The US saw the controversial Crypto clause of the Bipartisan Infrastructure Bill. Since becoming public knowledge, the clause has seen considerable criticism, not just from the common man but also from members of the Senate Finance Committee and Republicans. The $1.2 trillion US infrastructure bill’s crypto clause is planned to radically increase crypto tax and raise nearly $28 billion from cryptocurrency tax enforcement measures.

Bitcoin Whales Derivative Accumulation Surges, Here’s Why it Could Send BTC Over $50K