Sushi Swap has been doing fairly well over the last week compared to other coins in its class. Prices are up nearly 13% compared to the majority of coins being down -5%. Sushi Swap hosts a very impressive decentralized app as it offers staking, farming, swapping along with many other services. This platform has been growing in popularity & users over the last month as decentralized finance continues to eat away at all the centralized systems.

As long as the market continues in a bullish fashion, we should expect SUSHI to continue rising in value.

Ever since SUSHI pumped off its low in late July, price has been holding above a mid term trend line very well. Price has bounced off this trend over 5 times which shows it can be relied upon as a strong support area. At the time of writing, SUSHI Is heading towards its last major support of $11.21 before price reaches this mid term trend. A bounce is likely at this trend as it also sits right next to the 400MA.

This MA has been acting as support for over a month now. Any break below this MA & the mid term trend line will result in a bearish trend. 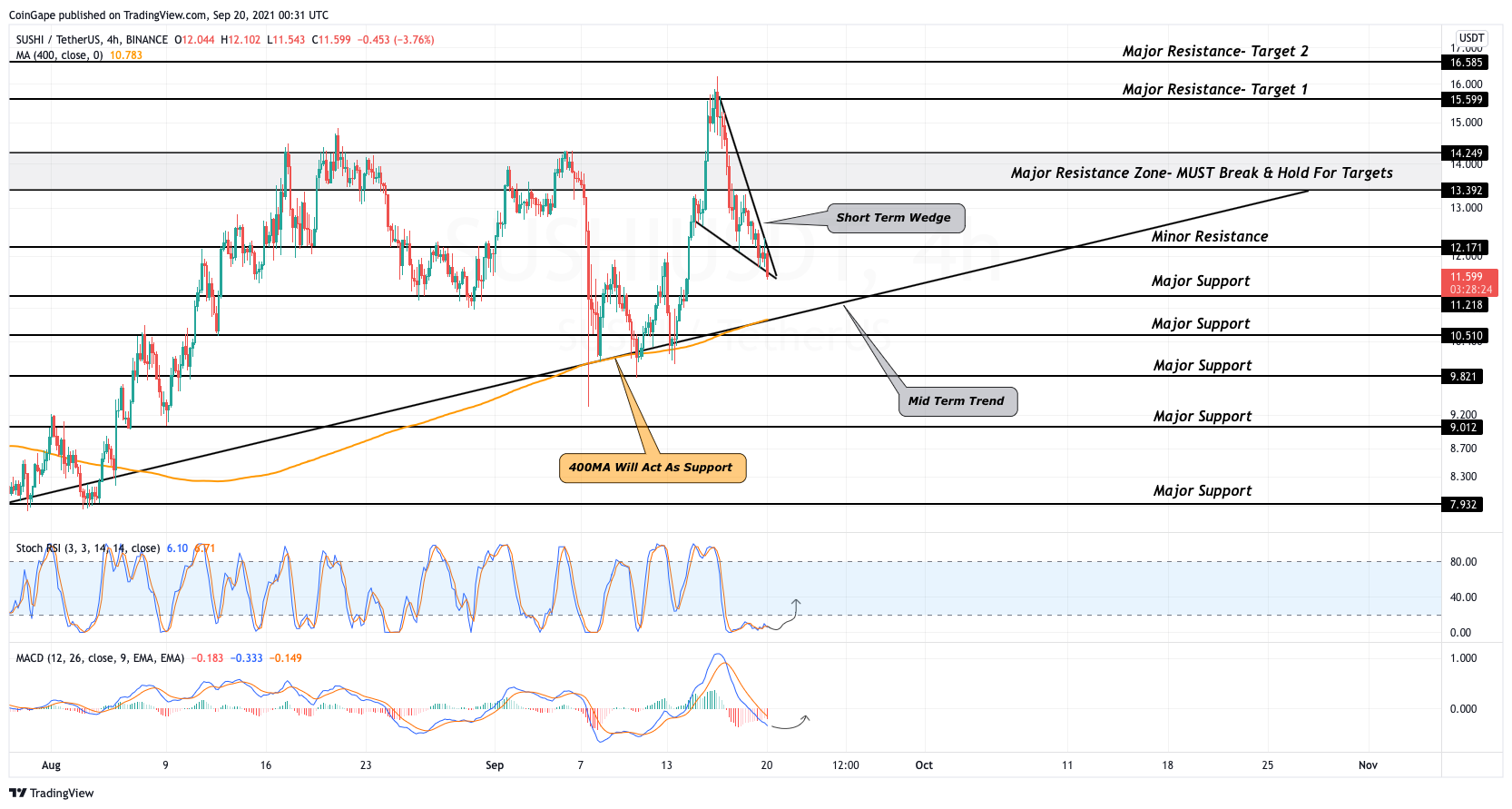 While looking at the Stochastic RSI, we can see strength just fully reset to the oversold region. If strength manages to gain its footing & bounce above the 20 value, SUSHI may be in position to pump out of the top of its wedge. The MACD recently broke the 0 value & is heading down into bearish territory. As long as the MA’s can cross bullish & bounce back above the 0 value, SUSHI will have a good shot at breaking its major resistance.