Aside from a brief price drop yesterday, bitcoin has continued its gradual price increase by exceeding $48,000. Most alternative coins are also in the green, with ETH leading the pack by surging 6% on the day and reclaiming $3,600.

After the relatively stable weekend in which BTC stood around $46,000, enhanced volatility reached the market on Monday. Fake reports claiming that Walmart will accept Litecoin payments for its online services sent bitcoin up by $1,500 in minutes before it crumbled by $3,000 less than an hour later.

The impact of the fake news and the most recent Chinese FUD, though, was short-lived. The bulls came back to play and started driving the cryptocurrency north again.

As such, bitcoin begun to reclaim round-numbered price tags in the following days, leading to yesterday’s surge above $47,000. It kept climbing and even tapped $48,000 briefly before it was rejected and driven back down by around $1,000.

However, the bulls kept the pressure on and ultimately pushed BTC up to around $48,500, which became the highest price line since last Monday. As of now, bitcoin has lost a few hundred dollars, but its market capitalization stands above $900 billion.

The second-largest cryptocurrency also dumped hard on Monday from a high of $3,400 to a low of $3,100. Similarly to BTC, ETH started recovering rather rapidly. Earlier today, the asset neared $3,700 for a new weekly high.

Despite retracing slightly, it still stands above $3,600 and is about 6% up on the day. Since Monday’s low, ETH has risen by almost 20%.

Cardano, Binance Coin, Ripple, Chainlink, and Litecoin have also charted some gains on a 24-hour scale. Uniswap and Avalanche have increased even more by 6% and 9%, respectively. In contrast, Solana, Polkadot, Dogecoin, and Terra have stalled since yesterday.

The crypto market cap has increased by roughly $60 billion in a day and has risen above $2.2 trillion. 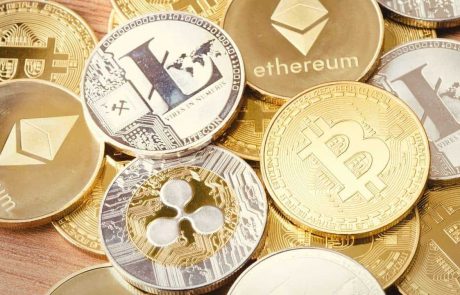