TIME’s 100 Most Influential People: Here Are Crypto Leaders That Made the List

TIME Magazine has published the list of the 100 Most Influential People of 2021 and some of the listed personalities have had a major influence on the digital currency ecosystem in the past year. The featured personalities include Vitalik Buterin, Ethereum’s co-founder, Elon Musk, the Chief Executive Officer of electric Automaker, Tesla Inc, and President Nayib Bukele of El Salvador. Each of these executives has shaped the growth of the digital currency ecosystem in their own way, a contribution that seems to be recognized by TIME magazine.

Vitalik is a Russian Canadian programmer whose works in the Ethereum blockchain ecosystem helped power the emergence of decentralized finance (DeFi) and the currently buzzing Non-Fungible Token (NFT) metaverse. The acclaimed developer was featured under the ‘Innovators’ section and the Ethereum digital currency he co-founded is currently worth $415.1 billion.

Vitalik and the Ethereum Foundation are currently actively involved in the development of the network, and he is leading the blockchain to switch from the current energy-inefficient Proof-of-Work (PoW) model to the scalable Proof-of-Stake (PoS) dubbed Ethereum 2.0. This massive technological switch is in its advanced stages and is billed to be launched by early 2022.

Elon Musk is an iconic figure in the digital currency ecosystem who on most occasions is known to share opinions that are known to swing investor reactions in the crypto world. For his role in building spaceships and zero-emission vehicles, Elon Musk was also featured as one of the most influential innovators this year.

Musk led Tesla to invest $1.5 billion into Bitcoin earlier in February, and this move solidified the institutional embrace of the premier digital coin across the board. While Musk helped push Bitcoin into the mainstream, the highly vocal inventor came under fire in the digital currency world when he stopped Tesla from accepting Bitcoin as a means of payment and stirring FUD in the space citing Bitcoin’s energy consumption during mining.

Musk’s influence in the broader tech space is noteworthy, a feat that is now recognized by TIME.

President Bukele was profiled as one of the most influential leaders by TIME. He became a popular figure lately when he pushed for Bitcoin to be adopted as a legal tender in his Central American nation of El Salvador. Through his persistence with the nation’s lawmakers, El Salvador made history by becoming the very first nation to trail this path. His contributions have reinstated the value proposition of the digital currency world, and through his leadership, other countries including Paraguay and Ukraine are now exploring the option of making Bitcoin legal. 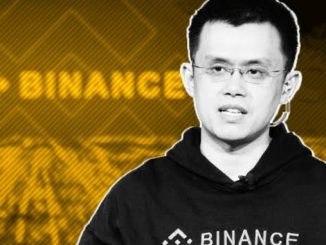 Is the Crypto Bull Run Eternal? Key Pointers Why Now Is Not the Right Time for Profit Booking!