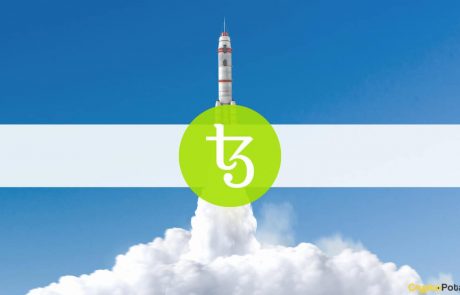 Bitcoin continued to consolidate in the past 24 hours as it failed to breach $47,000 decisively and is back to $46,000. Most alternative coins have retraced in the same timeframe. Tezos is among the few exceptions as the asset has surged by 25% in a day.

The past several days were highly volatile for the cryptocurrency space. Ethereum went from above $4,000 to just over $3,000 during the market crash on Tuesday. Since then, though, ETH has attempted to recover most of its value. It went over $3,500 yesterday, but a 3.5% decline has driven it back down to around $3,400.

Cardano, whose network is preparing for the upcoming hard fork, is down by a similar percentage in the past 24% and is beneath $2.5 now. More identical drops come from Ripple, Dogecoin, Chainlink, Bitcoin Cash, Uniswap, and Litecoin.

Interestingly, Solana, which went on to register yet another all-time high above $200 yesterday, has dumped by 13% in a day to $185.

Tezos is the most significant gainer since yesterday. XTZ has exploded by 27% and tapped $6 just a few hours ago. This became its highest price tag since mid-May.

The primary cryptocurrency went through a roller-coaster this week as well. It had gradually increased to $53,000 – a four-month high – before it suddenly dropped by $10,000 in hours and bottomed at $43,000 on Tuesday.

It bounced off and recovered several thousand dollars rather rapidly. As such, it remained around $46,000 during most of yesterday’s trading session. It attempted to challenge $47,000 and even briefly exceeded that level, but the bears returned and drove it south once more.

As of now, BTC still sits at a familiar level – just north of $46,000. Its market capitalization stands at $870 billion, while the dominance over the altcoins has increased slightly to 41.5%.