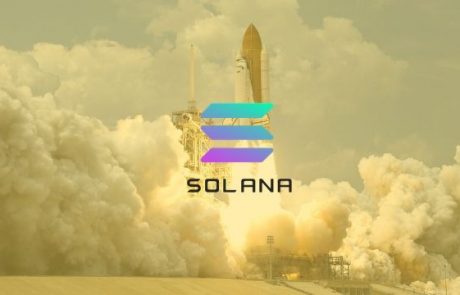 With the weekend approaching, traders are hoping that the bearish episode of the last few days will be quickly forgotten. In just one day – coincidentally when some least expected it – the overall cryptocurrency market lost more than 11% of its total capitalization, and the major coins in the ecosystem bled painfully.

Despite the struggles that most crypto projects face right now, Solana keeps growing and growing as it takes everything that comes in its way.

According to data from Coingecko, the promising blockchain has recorded the best price performance of the top 10 cryptocurrencies over the past 7 days, increasing its valuation by 86.9%.

This is enough for SOL, Solana’s token, to overtake XRP in the cryptocurrency ranking and claim the #6 spot on the list for the first time. 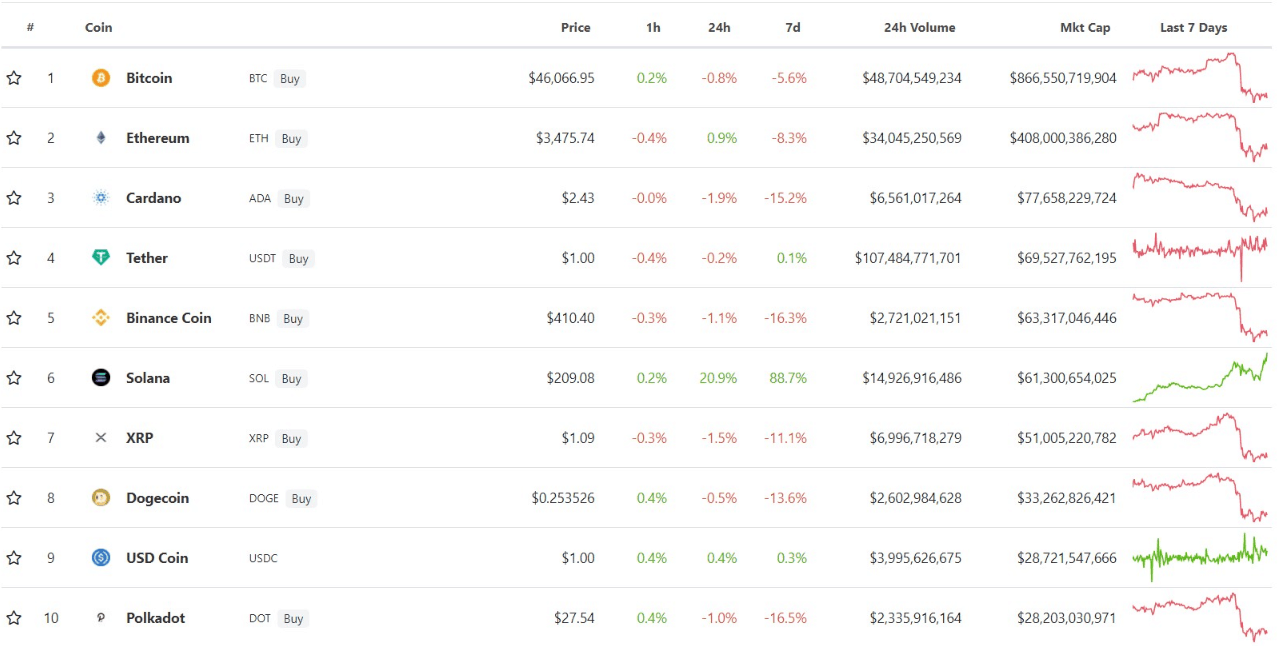 Solana: To The Moon And Beyond

Looking at the charts, Solana’s price is outperforming all expectations. Its rise is almost parabolic and with increasingly larger weekly candlesticks since the beginning of August.

The weekly candle (currently in formation) shows a rise of almost 48%. SOL started the week at $141, and right now, its price is already above $208. 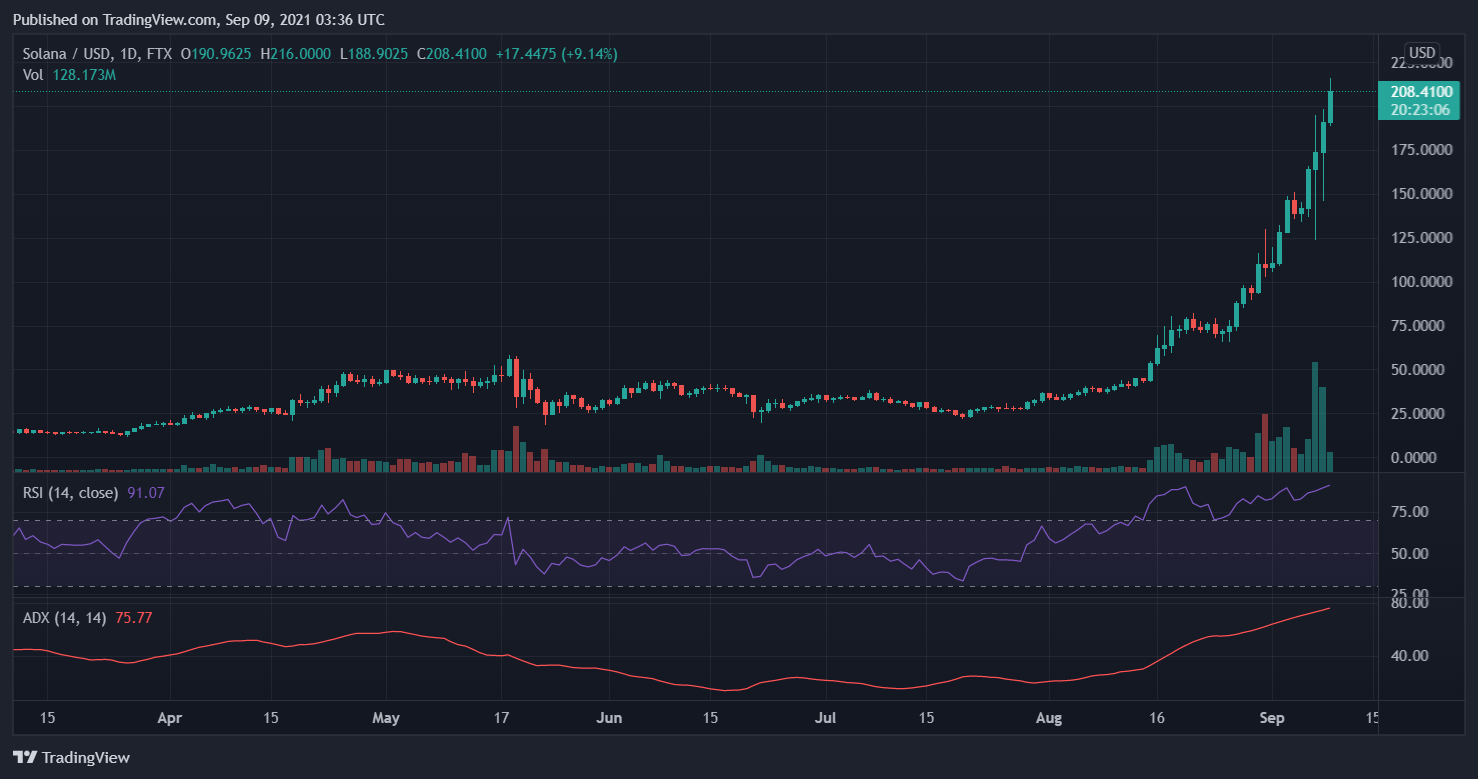 For its part, XRP has not performed well this week. In addition to moving under Bitcoin’s direction, the legal troubles have not played much in Ripple’s cryptocurrency’s favor. 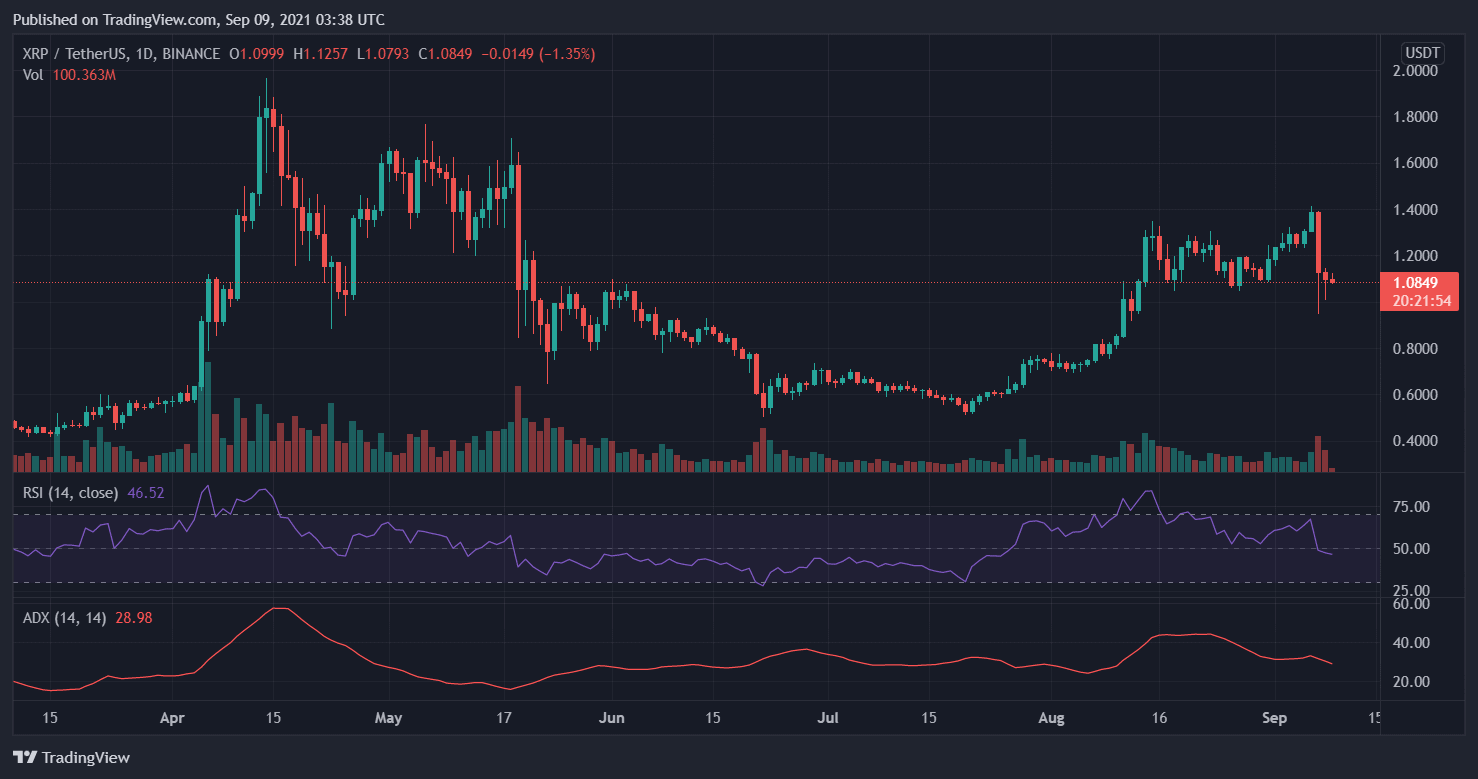 On September 7, 2021, XRP had its worst price drop since May, losing more than 18% of its price from 1.38 to 1.12. The following days have also been bearish, and currently, each XRP is trading on the order of one dollar per coin.

This crash contributed to the change of positions in the ranking of cryptocurrencies.

Just last week, Solana was able to flip Dogecoin, which was already meritorious considering it is a young project that only reached the Top 10 last month.

Strengthening its position above XRP is a significant milestone for Solana. The accelerated rise reflects the optimism of speculators and investors who are confident in a sustained appreciation of the token.

But the rise also reflects the blockchain’s excellent fundamentals. It is currently gaining popularity among top dApp developers for its high efficiency and scalability. NFT collections like Degenerate Ape Academy chose the blockchain over older competitors such as Ethereum. The TVL of DeFi platforms running on Solana exceeds $7.5B.

And because of its high processing power and minimal fees compared to its competitors, Solana is earning the title of Ethereum Killer on its own merit. 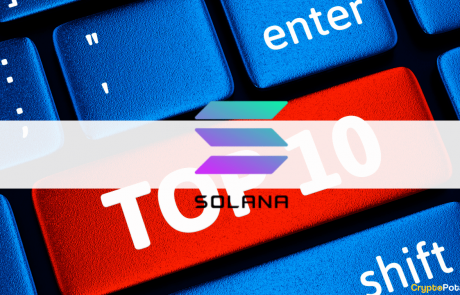 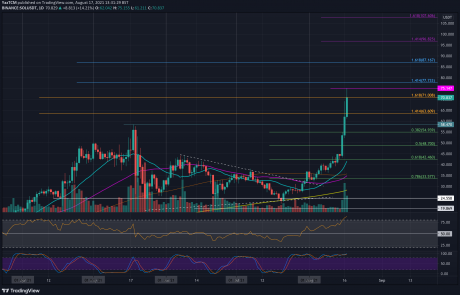 Solana Price Analysis: After Breaking Above $70, Those Are the Next Possible Targets for SOL 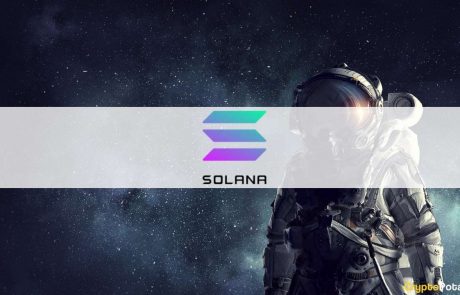