Bitcoin’s Day, as it was touted by many, turned into the bloodiest day since May 19th. Right as El Salvador became the very first country in the world to formally acknowledge BTC as legal tender, the cryptocurrency lost over $10K of its value in less than 24 hours.

Bitcoin’s Worst Day Since May 19th

As CryptoPotato reported yesterday, the law that turns Bitcoin into a legal tender in El Salvador went into effect. Many celebrated, calling this “Bitcoin’s Day.”

Unfortunately, the celebrations were short-lived as the markets turned red in a couple of violent hourly candles where BTC itself lost over $7K in less than two hours. This brought the total daily losses to more than $10,000, turning this into the worst day (price-wise) since May 19th. 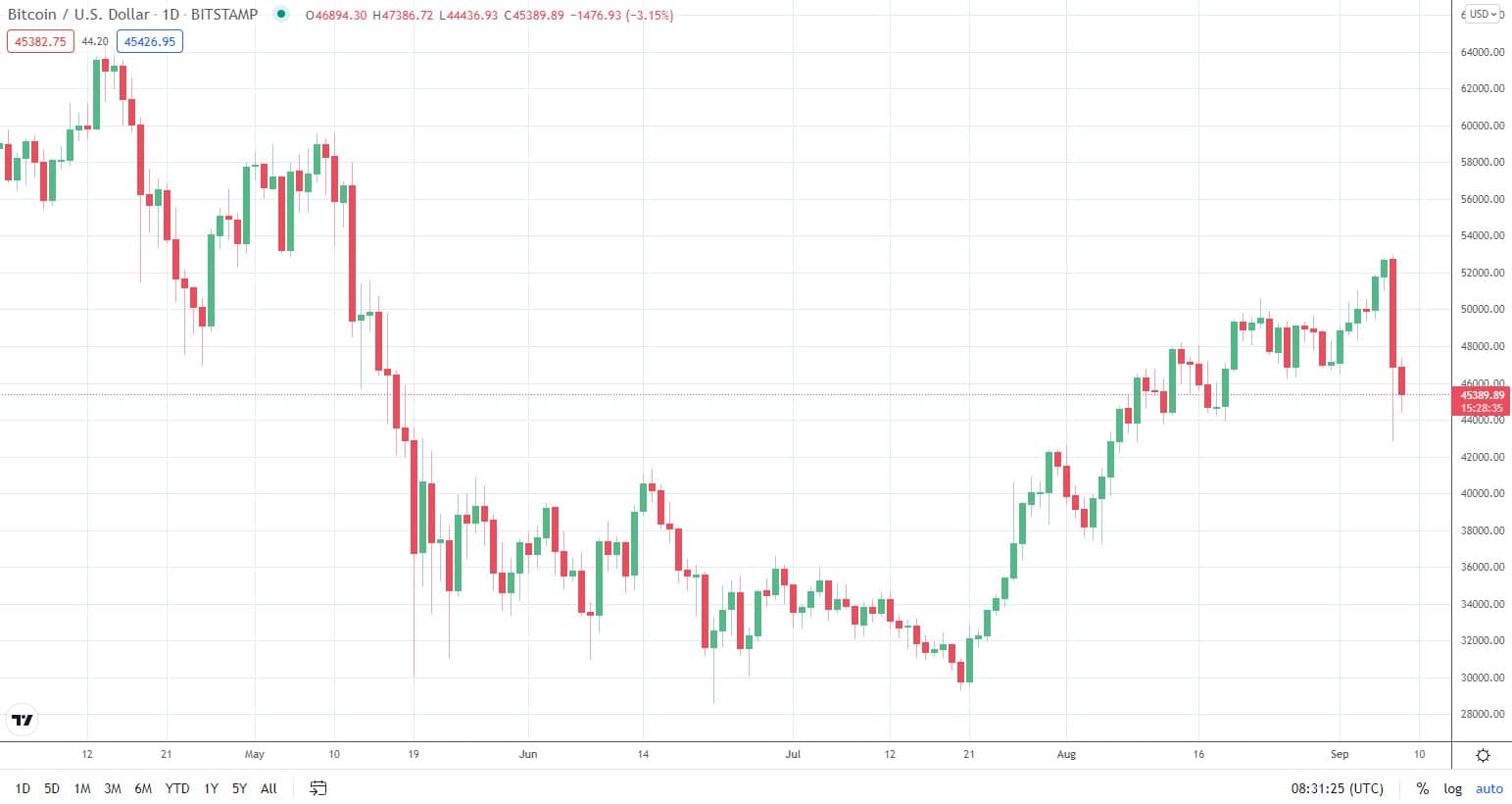 It’s also worth noting that the cryptocurrency staged somewhat of a recovery, although it currently trades at around $45K – still a massive loss from yesterday’s highs of around $53K. At the time of this writing, Bitcoin is trading below the key support level of $46K, although the daily close was above it. It remains important to follow the price action closely and see how it will perform in the following days.

As it’s almost always the case, the entire market tumbled following Bitcoin’s crash. This resulted in a loss of around $330 billion being completely wiped off the market capitalization.

Every single altcoin from the top 10 is currently in the red on the daily and weekly charts, with the exception of Solana, which is down in the past 24 hours but is still considerably up over the past week.

The coin that lost the most (from the top 100) is THETA – down about 31% on the daily. It’s followed by QTUM and Filecoin.

Despite yesterday’s bloodbath, some cryptocurrencies are holding their ground. In fact, ALGO is up 12%, while NEAR – 10%.

In any case, it remains very important to stay vigilant and be prepared for further volatility in the coming days.