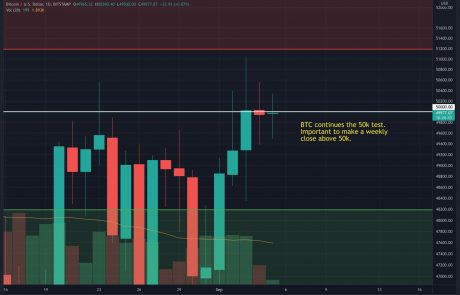 The battle for $50k continues as the bitcoin price is trading above and below the key level.

On Friday, September 3rd, 2021, Bitcoin successfully made the first daily close above the $50k mark since May, a sign of strength for the bulls. Trading volume came in 36% above average on Coinbase, indicative of strong spot buying. In addition, BTC short liquidations came in below average, indicating the recent price rally was spot-driven rather than short covering. 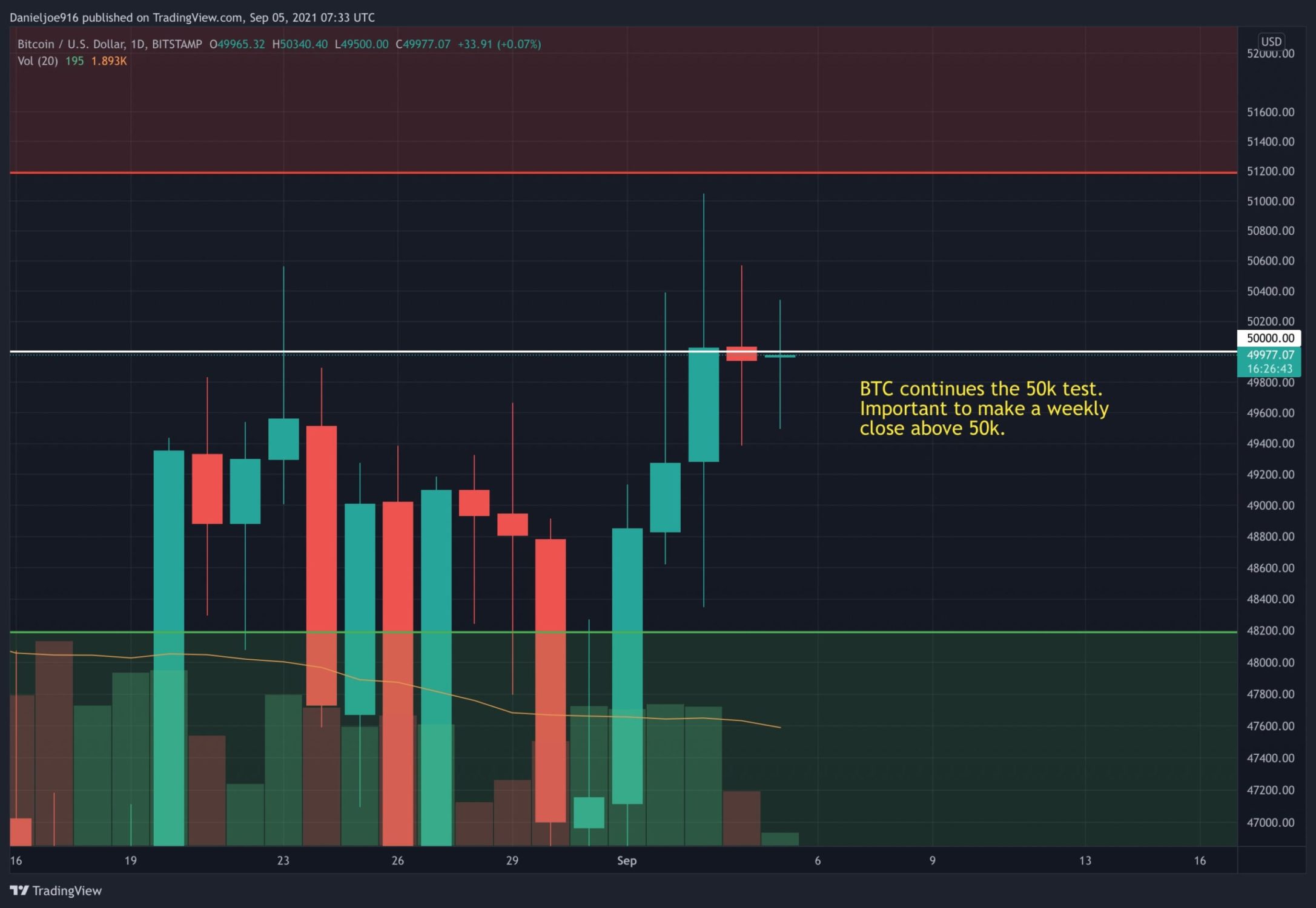 BTC printed a bullish engulfing candle on the above 3-day chart with a close above $50k, breaking out of the green zone of support between $46k to $48.1k. Since the engulfing candle was printed, the bitcoin price remained around the $50k level consolidating during the ongoing weekend trading.

The aggregate on-chain data remains bullish, strongly suggesting further upside for September. Spot exchange reserves remain at multi-year lows. Miners continue to accumulate with minimal outflows to exchanges and falling transaction count outflows, while aging groups of coins that realized profit during parts of the recent rally are back in accumulation.

CryptoQuant on-chain analysts Gaah Cordeiro and I, Daniel Joe, recently covered the UTXO Age Distribution metric, to analyze how the aging groups of long-term and short-term holders are behaving.

In late July 2021, throughout the rally from $29.2k to $42k, the age distribution metric shows holder of coins around 3 to 5 years old taking a profit. As this group continued to age, we can see that selling cooled off, and accumulation resumed within August. 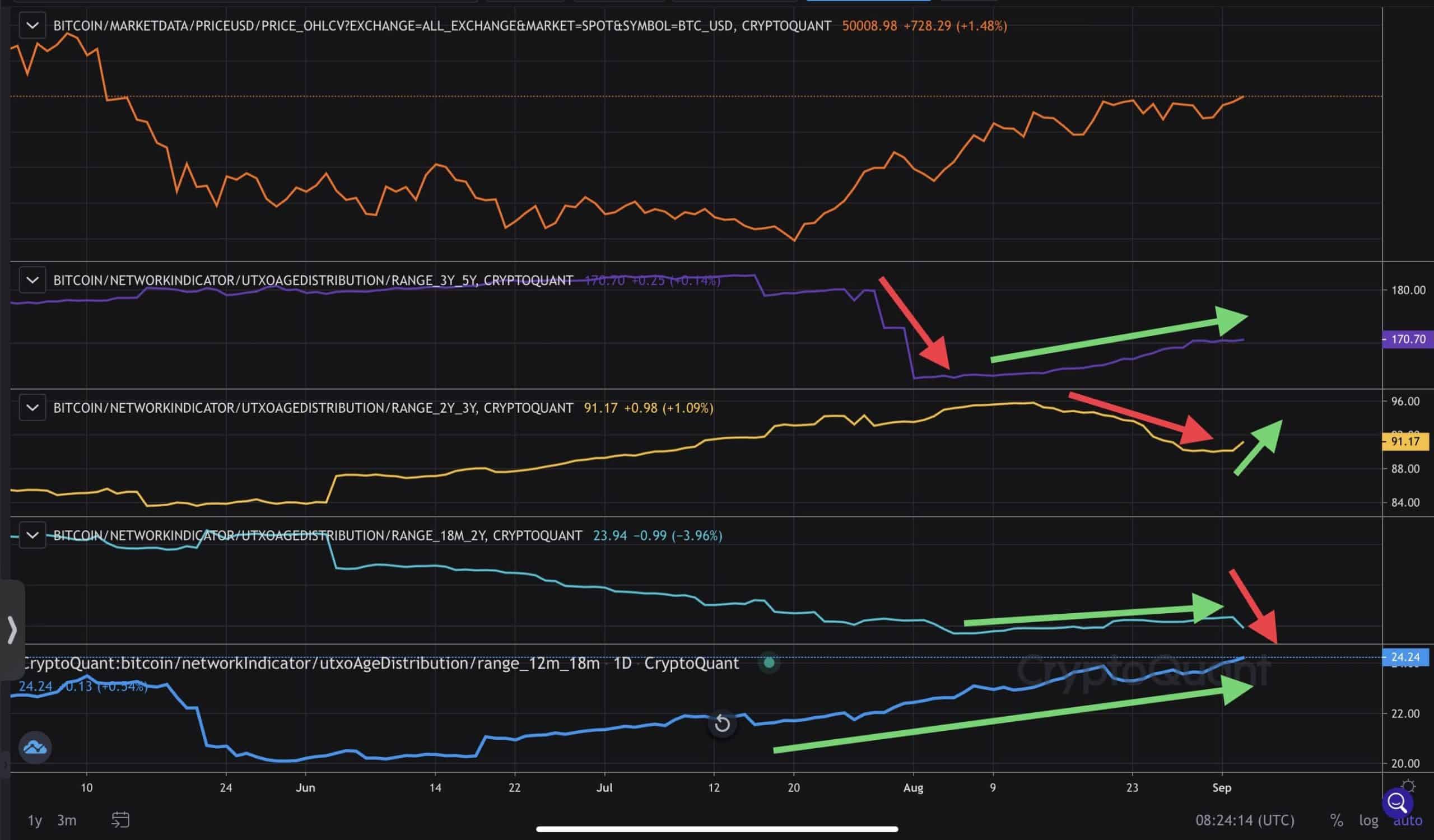 During August, 2 to 3-year-old coins slowly took profit as BTC tested $50k. Recently, as aging continues, this cohort now appears to be back in accumulation with a slight uptick shown in the chart.

The 12 months to 18-month-old coins showed interesting activity as this group appears to have sold the initial leg down when BTC was falling back in May 2021.

A portion of this particular group of coins was accumulated during the March 2020 crash, where BTC fell from $10k to $3.8k as global markets faced the March 13, 2020 liquidity crisis. It is possible this cohort could have been worried about another March 2020 event and panic sold.

After the May 2021 plunge to $30k, the 12-18 months old coins aged and steadily showed accumulation as BTC consolidated between $30k to $40k and pushed higher towards today’s prices of around $50k.

Looking at short-term holders, the chart below shows 1 month to 6-month-old coins were selling while BTC was consolidating between $30k to $40k as larger entities accumulated. This group of holders accumulated during the huge rally up to $64.8k and panic sold near the bottom at a loss. 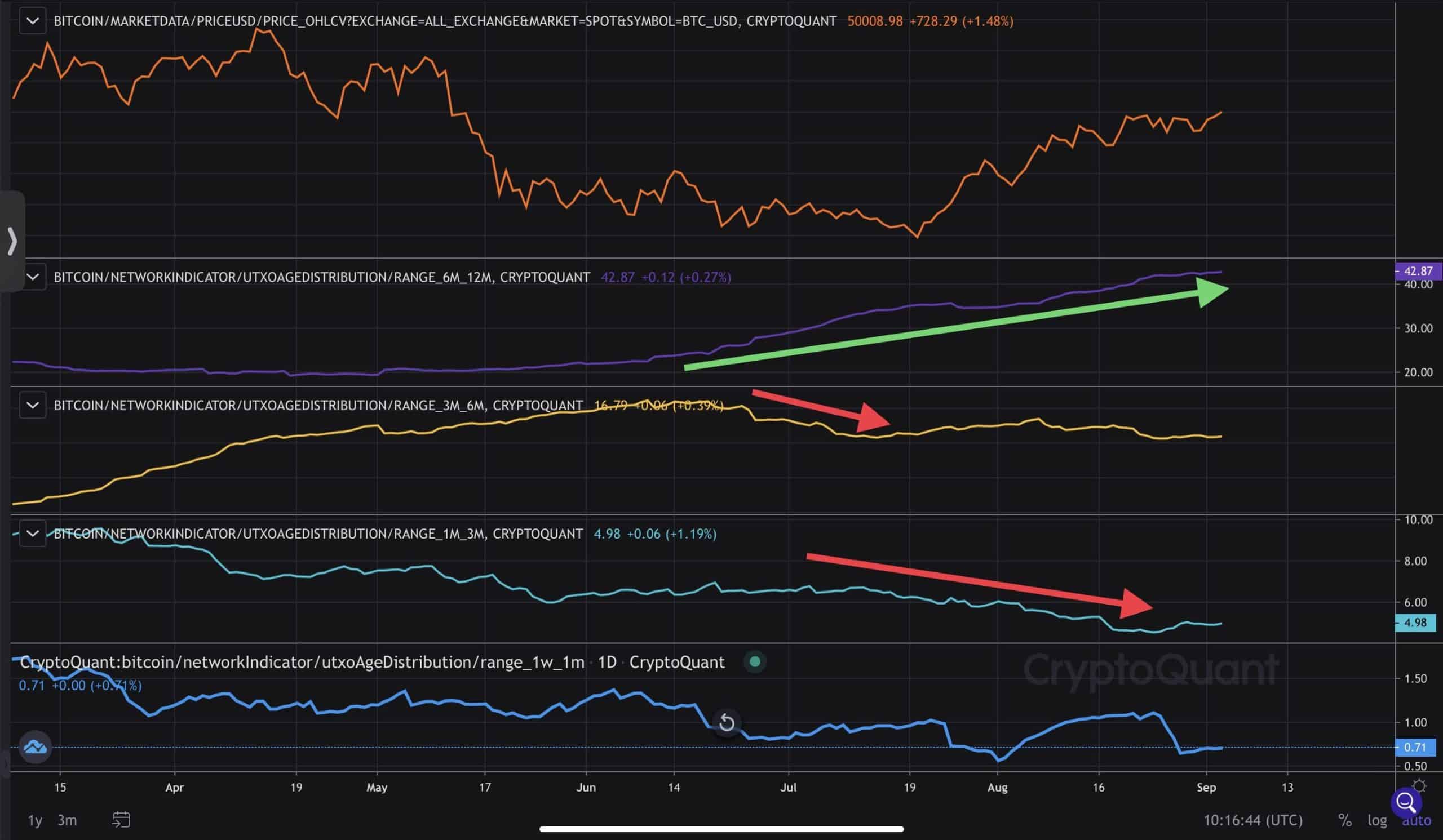 Going forward, it will be important to watch the 3 to 6-month cohort closely as these coins are slowly aging, which will start to include the BTC accumulated in the $30k to $40k range.

Overall, it is bullish to see the selling from coins older than 12 months cool off with a return to accumulation. This behavior can be verified by the temporary spike in age spent output bands, a metric tracking the age of coins being moved. So far, the data show no signs of major whale selling turning into a trend, which further invalidates the BTC bears call of a bull trap.

With the weekly close coming up, market participants will closely watch to see if BTC can weekly-close above $50k, marking another major step forward in bull market continuation. 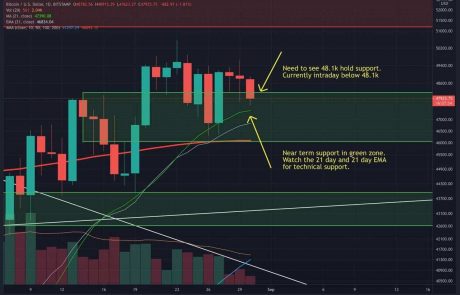 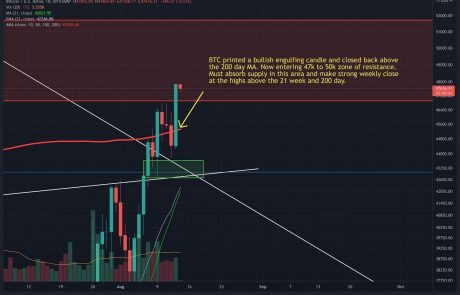