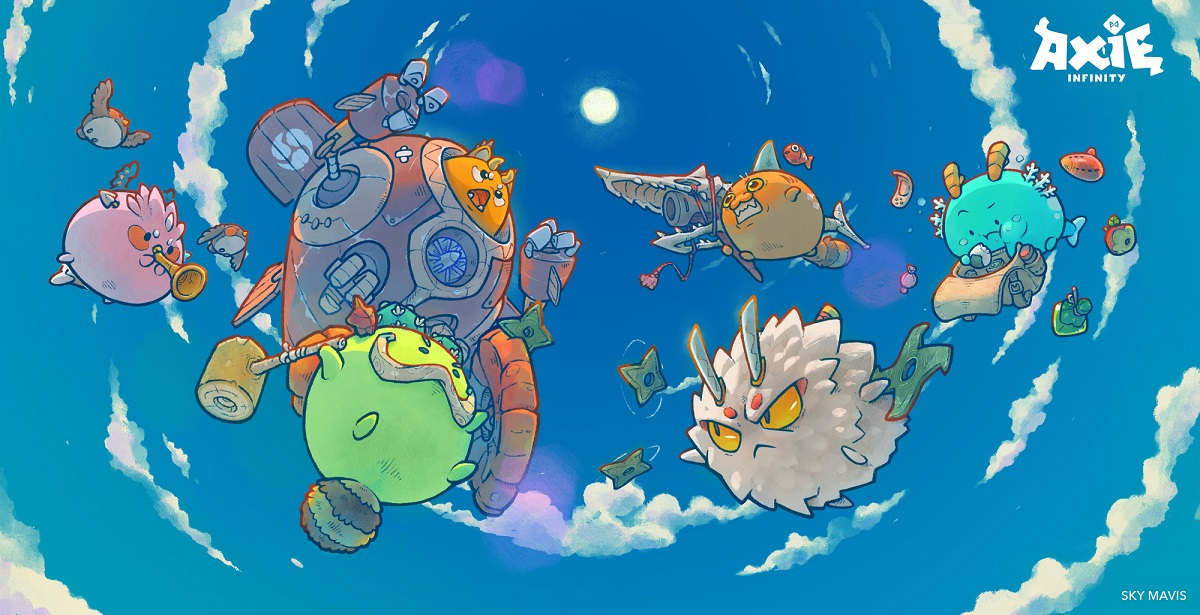 Over the past 6 weeks, AXS price has been holding a trend line that bulls have defended very well. Just over the past two days, AXS broke below this trend line & seems to have confirmed it as resistance. This is a bearish scenario as long as AXS doesn’t regain this trend line. Ever since AXS broke over $65 a few weeks ago, it has been held as support.

Along with AXS holding this as support, price has formed a pennant. This pennant is usually a bullish one, but in this case it seems AXS is more likely to break to the downside of this pennant. 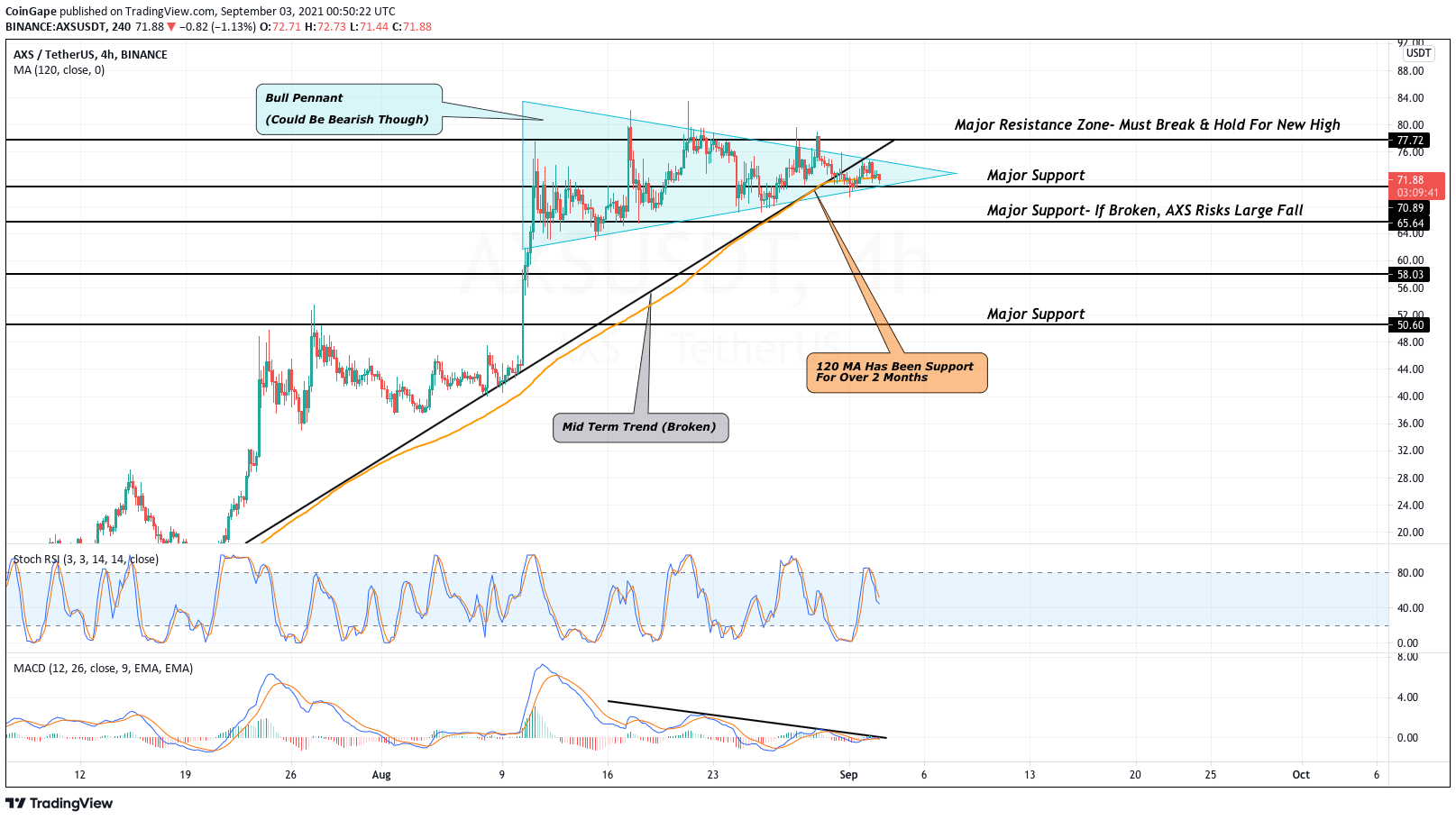 If bulls fail to hold the current support of $70.89, price will then break to the downside of its pennant. This will be a bearish scenario & will land AXS at $65 minimum. If bulls fail to provide a bounce there, AXS is in for a large fall to potentially the $50 range. At the time of writing, AXS price is flirting with the 120 MA which has held as support for over 2 months. If AXS breaks below this MA, we can then confirm it is in a downtrend. For AXS price to go for another high, it must break to the upside of its pennant & hold the major resistance zone of $77.