Survey: 70% of El Salvadorans Not Happy With the New Bitcoin Law 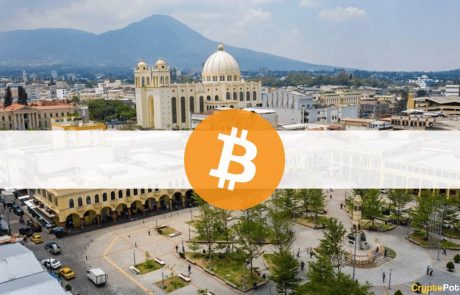 With just 5 days to go before El Salvador passes its controversial Bitcoin law, there is still resistance to it, according to a recent survey.

A poll by the José Simeón Cañas Central American University (UCA) has revealed that 7 out of 10 El Salvadorans would like lawmakers to repeal the Bitcoin legislation that will make the digital currency legal tender on September 7.

The results also found that 2 out of 10 surveyed said that they “do not trust Bitcoin.” 43% of Salvadorans polled believe that the country’s economy will worsen with the legalization of Bitcoin as currency, and just 17% said it would improve.

University for social change Principal Andreu Oliva noted that “what stands out is the misinformation the population has regarding Bitcoin.”

Salvadorans were asked if the use of Bitcoin should be mandatory or voluntary for the population. An overwhelming 96% said that it should be voluntary.

6 out of 10 of those polled disagreed or strongly disagreed with the government’s decision to spend public money to use Bitcoin in the country. Just over half of those surveyed thought that the price of groceries would increase after the implementation of the Bitcoin law.

Secretary of the Union of Judicial Employees, Stanley Quinteros, said that the law will not benefit the people:

“We believe that the implementation of this law, which involves more than $203 million, could have strengthened other entities such as security, health, and education. This law, instead of benefiting the Salvadoran people, will bring economic damage.”

Just 1,281 people were surveyed in the poll that took place between August 13 and 20, so it is hardly reflective of the entire 6.5 million population of the Central American nation.

In June, The World Bank stated that it could not assist El Salvador’s Bitcoin implementation due to environmental concerns and transparency drawbacks. Late last month, protestors took to the streets to voice their opposition to the new law.