Cardano (ADA), the third-largest cryptocurrency by market cap posted a new ATH of $3.10 crossing the $3 barrier for the first time. The altcoin surged over 12% in the past 24-hours and has weekly gains of over 18%. The new ATH also came just a day after Cardano launched the final testnet before the scheduled Alonzo hard fork on September 12.

Cardano has built a bullish momentum throughout August and the smart contract upgrade date only helped the bulls climb to new price highs. The altcoin also saw a key breakthrough against Bitcoin as the ADA/BTC pair broke out of a long-held range. The altcoin is now in a price discovery mode and the next target seems to be at $3.5 before ahead.

The altcoin has nearly tripled its price since August rising from under $1.20 at the start of august to reach a new ATH of $3.10. With the final upgrade just 10-day away Cardano has surprised many critics and has even won a couple of bets against it.

Cardano’s smart contract upgrade is seen as the biggest network upgrade since its inception giving it the ability to host Dapps and enter the heavily crowded metaverse. It will put Cardano in the league of smart-contract blockchains such as Polkadot, Ethereum, and Solana. But more importantly, Cardano has managed to execute every small change well on time.

Earlier, PolyNetwork as well as Polygon founder had bet against the smart contract integration which they lost with the Alonzo purple testnet launch. Later, Polynetwork also bet against the price discovery claiming ADA won’t reach $3 in 2021. Now that the altcoin has surpassed the said amount, Hoskinson was quick to take a dig at the critics.

Hoskinson is known for not shying away from criticism and the recent slew of developments on the platform has only made him more confident about the platform. Cardano can very soon touch $10 from here once it gets into the price discovery mode and having nearly tripled its price last month. 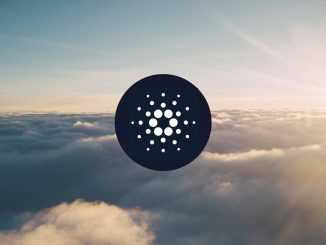 Here’s Why Cardano ($ADA) Can Touch $3 Before September 12