Many are asking why this is happening but we can assume it’s likely because of the lack of developments & hype surrounding the LTC blockchain. If BTC breaks to the upside over the next week, we should expect LTC to show some movement as well.

Ever since the 10th of August, LTC price has been holding above its major support zone of $161-$166. Over the last few weeks, price has been consolidating as it attempts to break above its major resistance zone. This price action has formed a symmetrical triangle pattern which says a breakout will occur within the next 4 days.

The bottom trend of this pattern has held price for many weeks & it must continue to or else LTC is in for a fall. LTC must break & hold the major resistance of $172 to be in position for a bullish run. 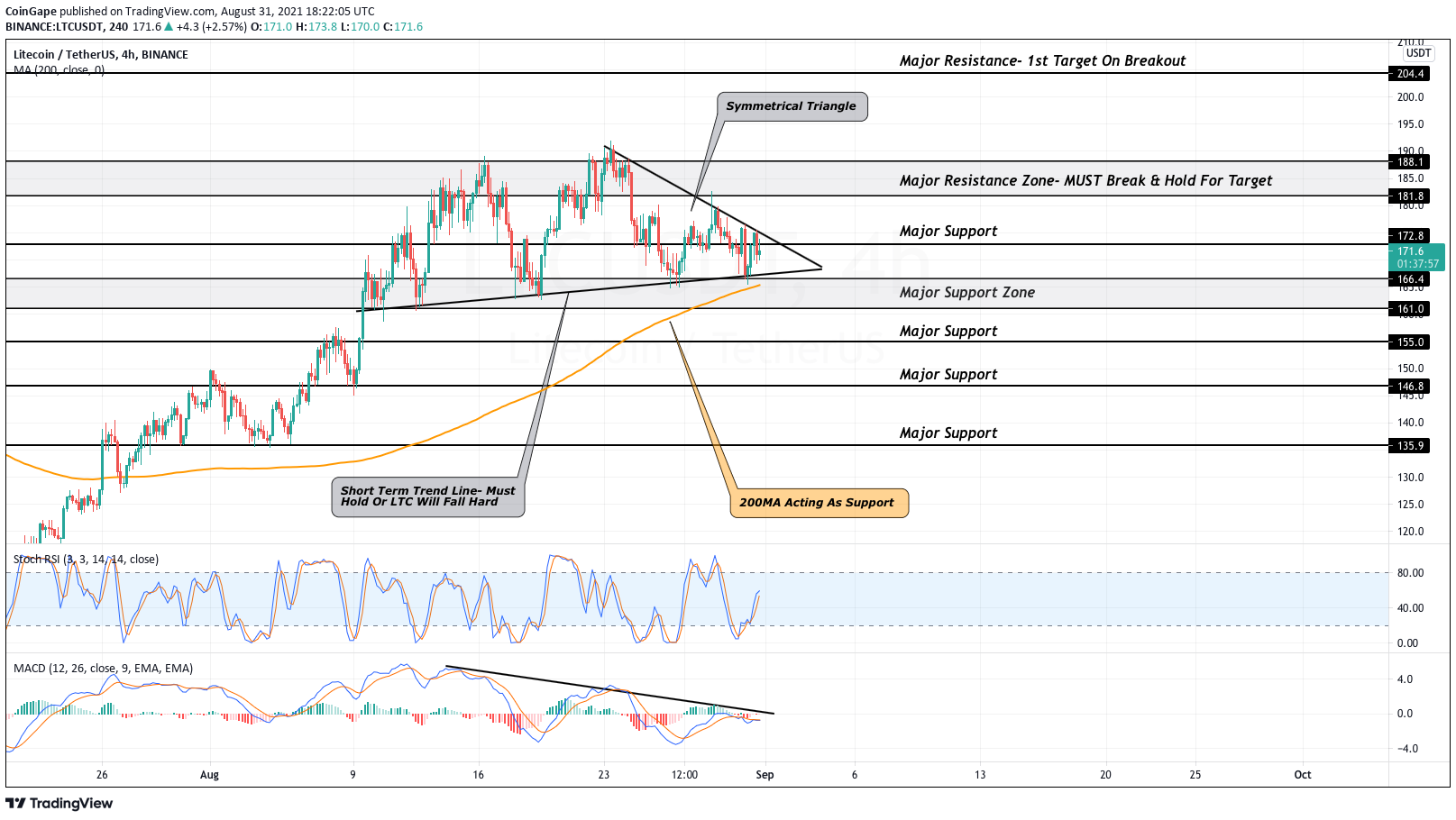 As LTC price nears the end of its pattern, traders must wait patiently for a breakout of either trend to occur. If LTC manages to break above its top trend line, the true test for bulls lies at the major resistance zone from $181-$188. If bulls manage to clear this mark, LTC price will be on its way above $200. In the case LTC breaks to the downside of its pattern, the first support will be found at $161. Before price can touch this mark, bears must pull LTC below the 200MA which has held as support for over a month. If both of these marks break down, we should expect a fall to $155 at minimum.