Following the latest dump below $47,000, bitcoin has actually regrouped and added more than $1,000 in value. Nevertheless, some alternative coins continue to outperform BTC, including SOL, with its latest record, and ETH, which pumped by 5% in a day.

While most altcoins have been stalling lately, Solana has taken the spotlight all for itself. SOL’s performance in the past few weeks has been nothing short of spectacular.

Consecutive all-time highs and breaking above certain milestones is something the cryptocurrency community has grown accustomed to. The 24 hours didn’t disappoint. After conquering $100 yesterday, it only kept climbing and tapped $120 for the latest record.

Ethereum has also performed well since yesterday as it added more than 6% of value and came close to $3,400.

Polkadot (11%) and Uniswap (6.5%) are also well in the green, while Cardano, Binance Coin, Dogecoin, and Bitcoin Cash have marked minor losses.

Celo is the most significant gainer yet again, with a 70% surge to $7. This comes after a recent announcement about a $100 million adoption initiative spearheaded by the project.

Consequently, the cumulative market cap has added around $50 billion in a day and is just shy of $2.1 trillion.

While some of the alternative coins are charting fresh records, the primary cryptocurrency has struggled lately. It failed to remain above $49,000 during the weekend, and the bears took advantage to push it south again.

Since then, though, the situation changed to a large extent, and bitcoin spiked by more than $1,000. As a result, it came close to $48,000, but so far has failed to overcome it.

Its market capitalization is still stuck at $900 billion, but the dominance over the altcoins keeps decreasing and is below 43% as of writing these lines. 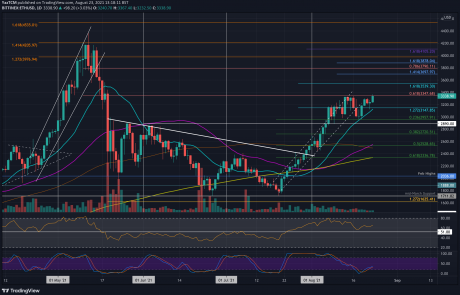 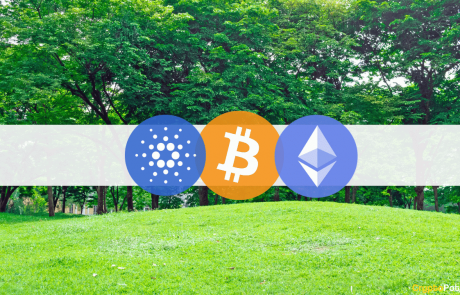