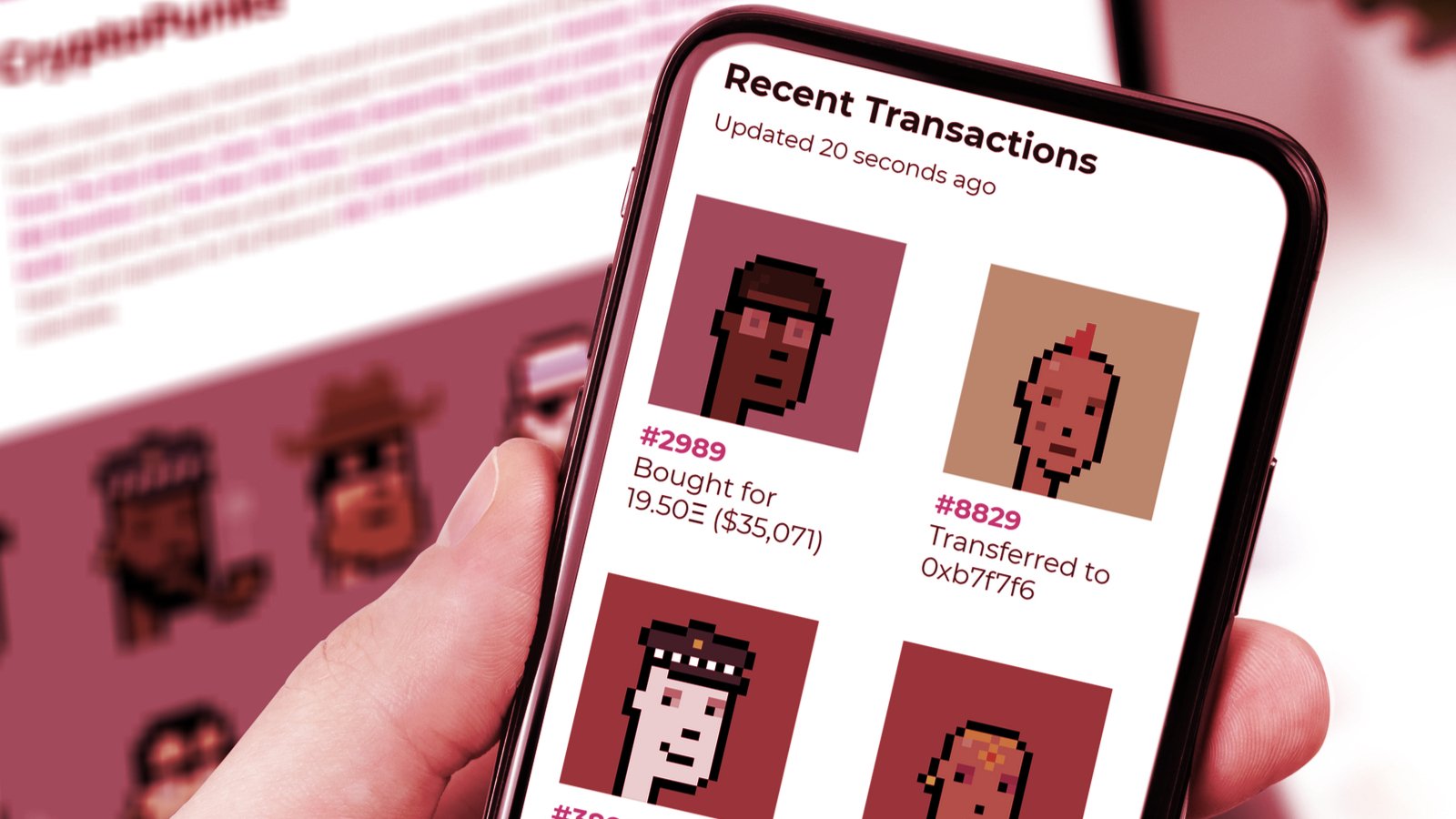 That makes CryptoPunks the second NFT project to hit the billion-dollar mark after NFT game Axie Infinity surpassed that level on August 8. The game has amassed a total trading volume of $1.6 billion so far.

The Punks are now so valuable that the cheapest one sells for $445,000. And prices are rising, fast: just yesterday, the floor price for a single CryptoPunk was $345,000.

Some Punks are rarer than others, and each commands different prices; the algorithm that generated the collection four years ago assigned different attributes to each Punk. For instance, some smoke cigarettes, some are zombies and others are aliens.

The Punks were created in 2017 by Larva Labs, a software company run by Brooklyn-based developers Matt Hall and John Watkinson. The pair initially intended for the Punks to be used as part of a videogame but released them as NFTs instead.

Hall and Watkinson claimed 1,000 Punks for themselves and let the community claim the rest for free. In the years since, the Punks have soared in value, in part because they’re one of the oldest collections of their kind.

Trading surged to new heights late last month, pushing CryptoPunks’s daily volume up from $1.8 million to $41.5 million within a week.

Things got even hotter this week. On Monday, CryptoPunks hit a daily sales record of $101 million when Visa bought one of the Punks, and the project’s total trading volume increased by 716% in the past week, according to data from CryptoSlam.

Today is set to be another record-breaker: as of 5pm UTC, sales have already hit $98 million.

Other NFT projects have sought to capitalize on CryptoPunks’s idea. Bored Ape Yacht Club, a collection of 10,000 tired-looking primates released in April, is the most popular; it hit $320 million in all-time sales.

Today, just as NBA star Stephen Curry bought an Ape, and hours before the project is due to release a breeding feature, $36 million of the Bored Apes sold—a new record.