Dogecoin (DOGE) has been overall silent over the last month as many coins have went parabolic. The meme hype has surely died down over the last few months and so have the many Doge Coin influencers. Many are questioning why DOGE is not back above $0.40 at minimum, as DOGEs ATH was in the mid $0.70s. Overall, a good reasoning as to why Dogecoin has not experienced a strong surge compared to others is because of how much it has already risen the past year and a half. Since the bottom in March of 2020, DOGE price is still up nearly 25,000%. With that being said, it does not mean it can’t go higher. If bulls manage the bullish breakout of the pennant, another leg up will occur.

Ever since DOGE price broke above $0.25, it has been holding a bottom trend line. This trend line is nearly 3 weeks old & price has yet to break below. This trend has also formed the bottom part of the bull pennant, which is shown in light blue. DOGE is nearing the peak of this triangle & a breakout will soon occur. 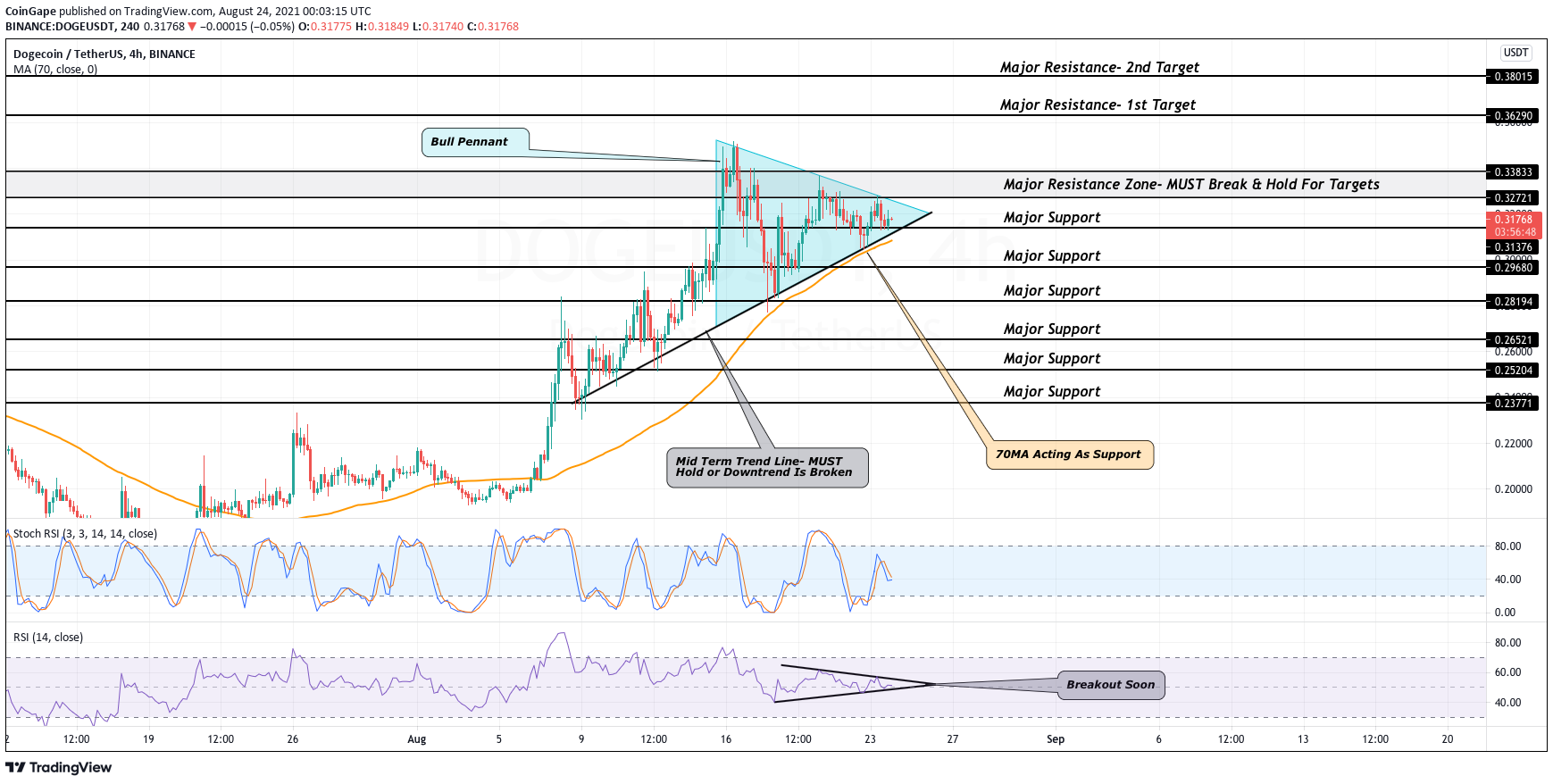 Most of the time a bull pennant forms, it has an 80% accuracy rate of breaking to the upside. In the case that bulls fail to break to the upside & break below the bottom of the pennant, we should expect a drop to $0.296 to occur. Before this can happen, bears must push DOGE price below the 70MA which has held price up ever since the start of August. If price breaks below the mid term trend along with this MA, a downtrend is likely to occur. Support will be found at $0.296, $0.281 and $0.265.

While looking at the Stochastic RSI, we can see its been swinging right around the middle value of 50. This shows a breakout is soon to occur as bulls & bears are fighting for strength. The regular RSI also confirms this view as a pennant formation has shown over the last week. Once strength breaks to either side, price will be right along with it.