Despite falling by a few thousand dollars after breaking above $50,000, bitcoin has recovered most losses and currently stands near that particular level. Most altcoins have also stalled after the notable gains charted yesterday, except for Terra. LUNA is close to the top 10 coins after painting a fresh all-time high hours ago.

Ever since the Friday drop to $46,000, the bitcoin bulls have had a strong grip on the market. They pushed the cryptocurrency north during the weekend, and BTC came less than $200 away from reaching the coveted $50,000 price mark.

While unsuccessful at first, the bulls kept the initiative going, and $50,000 eventually fell. As reported yesterday, bitcoin reclaimed that level and went to a new three-month high of over $50,400.

It stayed there for a while, but the bears came to play at one point and drove the asset south. In a matter of hours, BTC lost about $1,600 of its value and dumped below $49,000.

Nevertheless, it has bounced off rather nicely and currently stands just shy of $50,000 once more. Thus, its market capitalization has remained close to $950 billion, but its dominance over the altcoins has further declined to just above 43%.

It’s worth noting that Bitcoin investors used the Monday gains to move a lot of coins. Santiment data shows that the on and off exchange transactions went to a 17-month high. 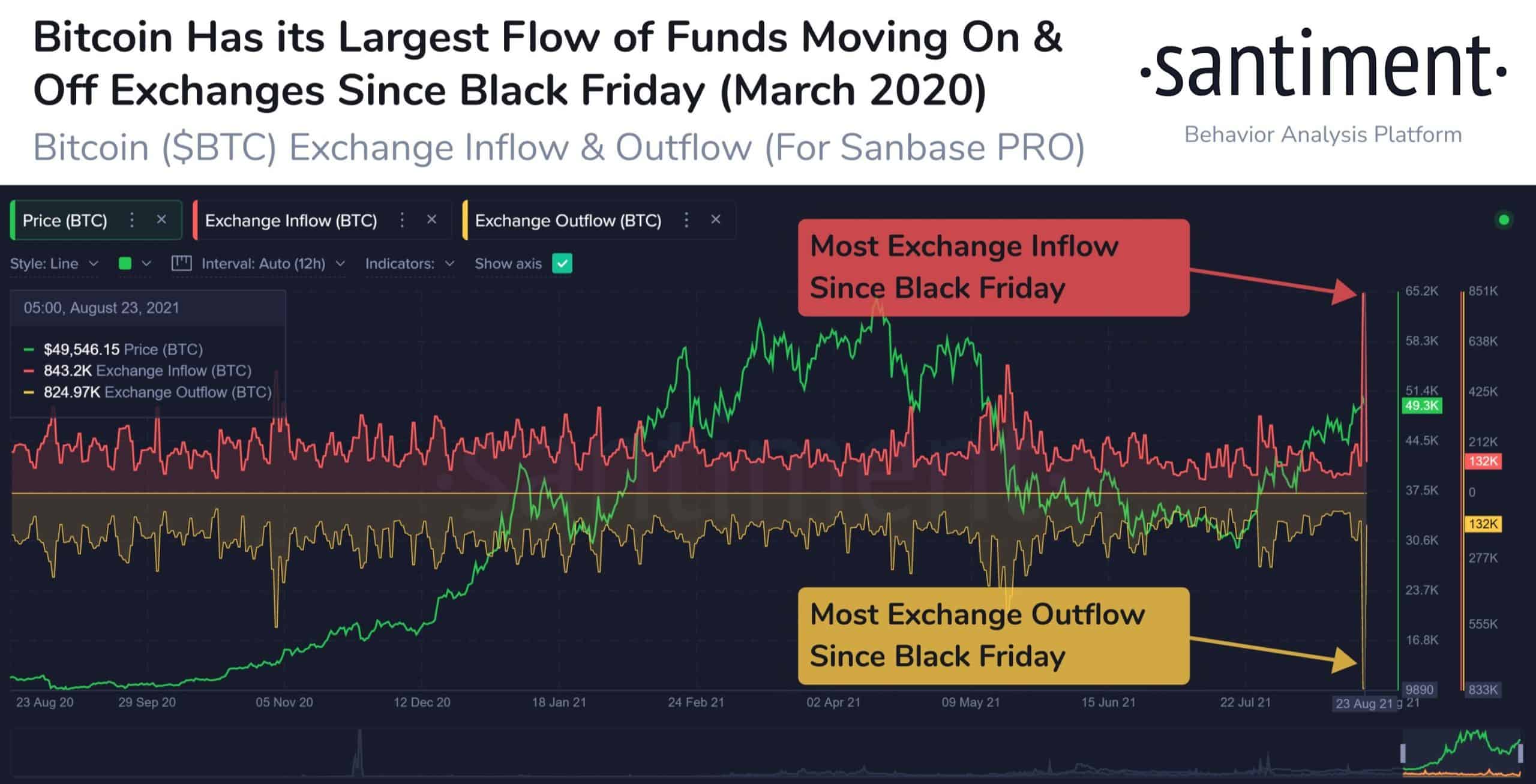 The alternative coins were riding high yesterday as well. Most, though, have calmed now. Ethereum’s price has remained rather stagnant on a 24-hour scale at over $3,300. Cardano, which went to a consecutive all-time high yesterday, is also slightly in the green above $2.9.

Binance Coin, which has remained slightly in the dark after it lost its position as the third-largest digital asset, went on a tear yesterday. It pumped above $500 for the first time in three months as well but is now trading just below that level.

However, Terra has been the most significant gainer from the larger cap alts. LUNA has exploded by 15% in a day and about 300% in a month. It painted an ATH record hours ago at around $35 and has neared the top 10 coins by market cap.

Ultimately, the cumulative market cap of all cryptocurrency assets has remained above $2.150 trillion.