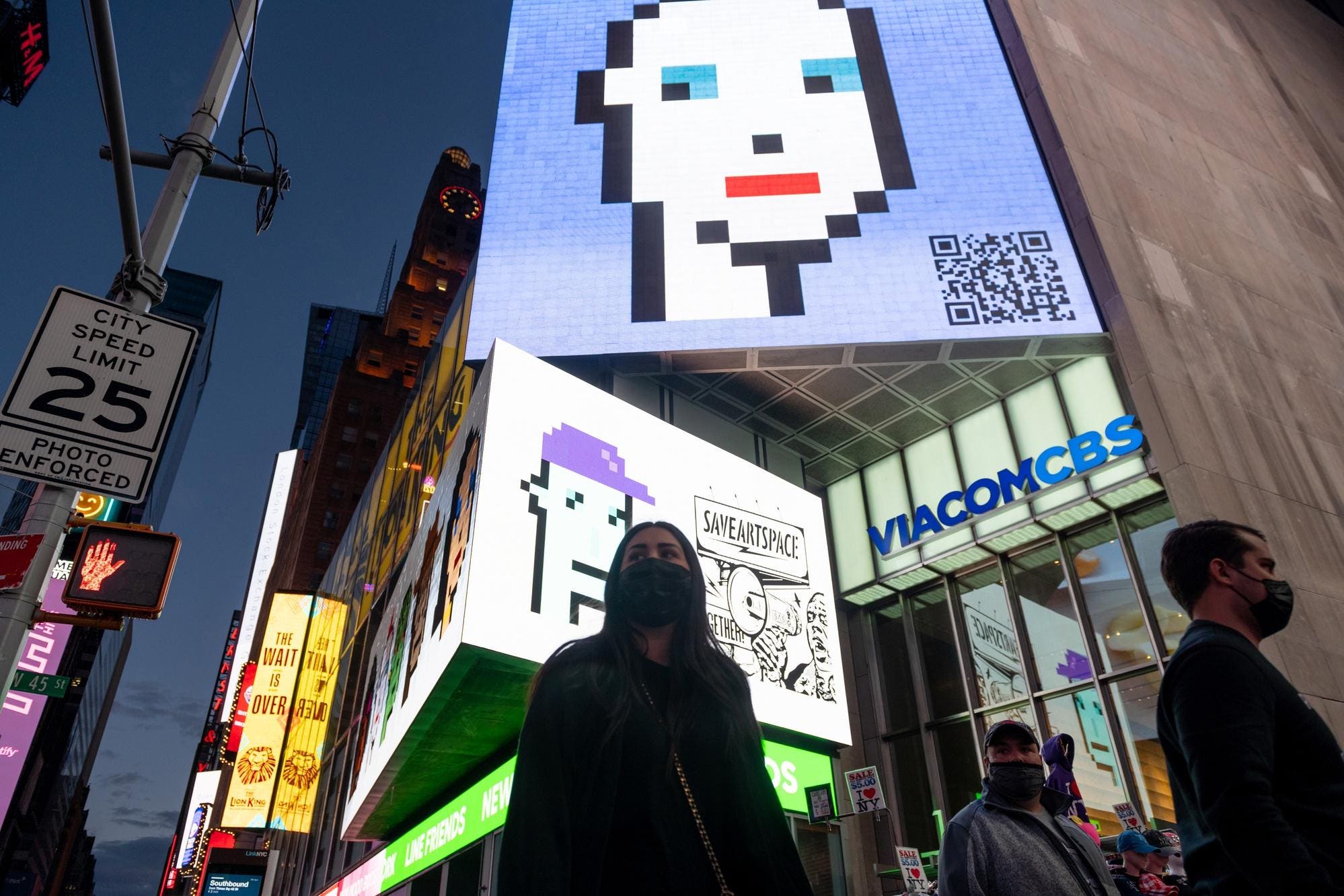 On August 18, digital payments giant Visa spent $150,000 to buy a unique work of art, and in so doing quietly took its first step into the metaverse, a nascent online world that promises to transform the internet into a virtual reality.

Instead of canvas or marble, the pixelated artwork, named CryptoPunk 7610, is what’s known as a non-fungible token (NFT), a unique digital asset which, similarly to bitcoin, certifies the authenticity, ownership and provenance of any digital object written to a blockchain. One of the 10,000 24x24 pixel images of the CryptoPunk collection, generated algorithmically, Visa’s first NFT is an avatar of a female character, distinguishable by a mohawk, large green eyes and bright red lipstick.

However, the company didn’t actually custody the 49.5 ETH, paid for the token, or the asset itself. Instead, newly licensed bank, Anchorage, has helped facilitate the deal, and importantly became the first known U.S. bank to custody one of these novel assets.

As a growing number of crypto enthusiasts, gamers, founders and investors rush to stake their claim in the all-encompassing world of virtual experiences, digital assets and avatars, the seemingly simple transaction blazes a new trail for the kinds of services payments companies and banks may need to offer in the future.

“We think that NFTs are going to play a really important role in the future of retail and social media, entertainment and commerce,'' says Cuy Sheffield, head of crypto at Visa, who is an avid NFT collector himself. “So we wanted to understand firsthand what it takes to acquire, custody and interact with an NFT. We’ve worked with Anchorage to do this so that we can build the expertise and be better positioned to help clients navigate this space.”

If the metaverse merchants are bound to transform the economy, Visa sees its role in being the engine of that revolution. “We envision there could be a future where your crypto address becomes as important as your mailing address,” Sheffield says. “In the same way Visa’s been here through shifts of commerce before, we're really excited to help drive this new shift of commerce in the future.” The company also plans to purchase more NFTs.

According to the information shared exclusively with Forbes ahead of the announcement, the transaction, involving an undisclosed third party seller, was executed via an Ethereum smart contract, decentralized software running on the blockchain, and conducted primarily by Anchorage. Its details can be viewed on the website of CryptoPunks developer Larva Labs. 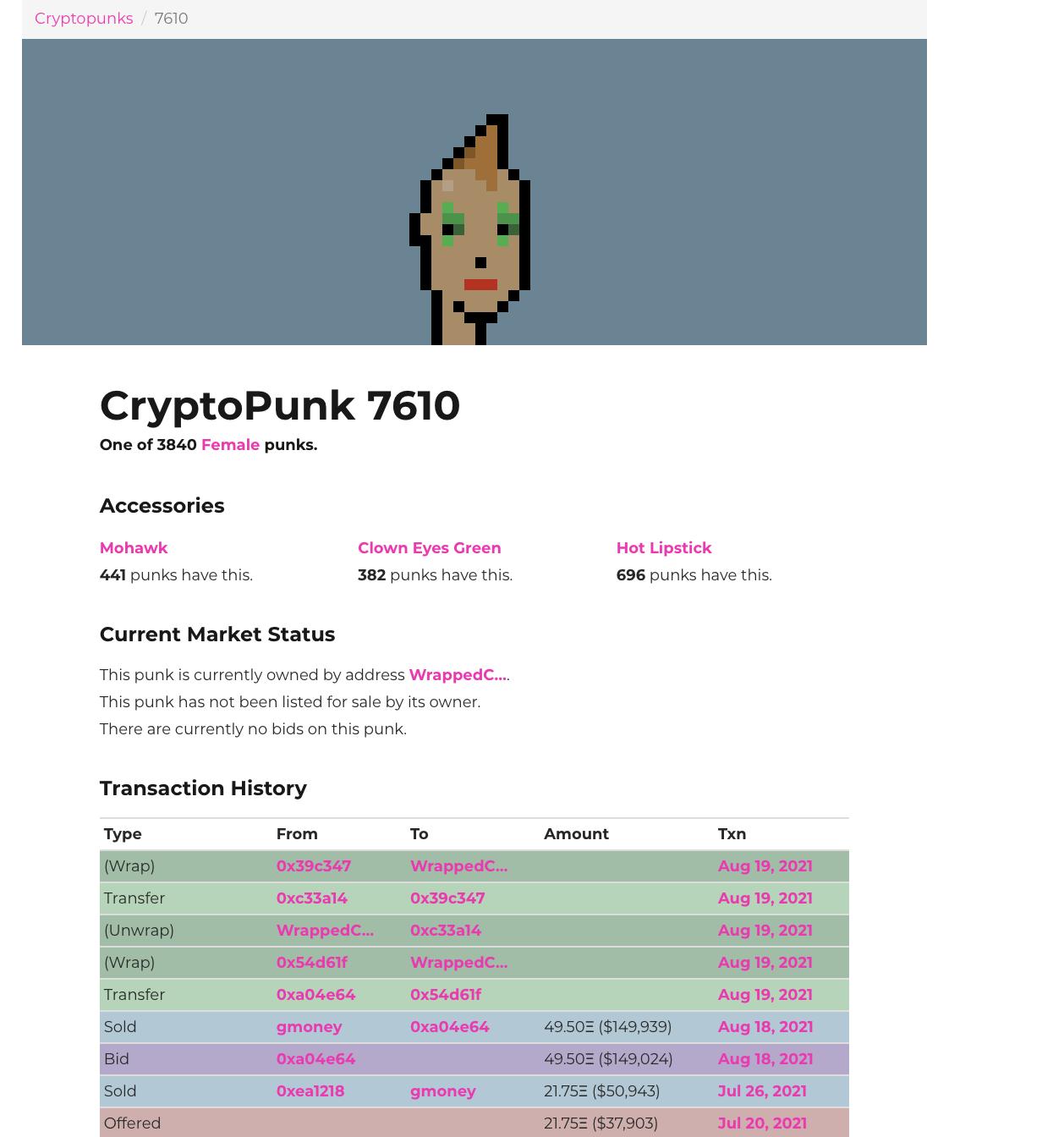 Anchorage then stored the purchased NFT in Visa’s digital vault, accessible with Visa’s private key. “Instead of a traditional bank with an actual vault behind one of those very heavy blinded doors, it is stored behind a very heavily blinded digital door, which is the security that Anchorage guarantees,” explains Diogo Monica, co-founder and president of Anchorage Digital.

While the bank wasn’t required to go through a full KYC (know-your-customer) process to vet and verify the seller, Anchorage made sure to still check that box, understanding that this could provide a blueprint for other corporate and banking giants willing to take part in the burgeoning economy.

The virtual world of the metaverse is already giving rise to multi-billion dollar marketplaces and opportunities. Blue-chip NFT collections like CryptoPunks, ​​with a sales volume of $752 million, or the $661 million NBA Top Shot, have surged in value this year. Play-to-earn games, such as Axie Infinity, are taking off thanks in part to a swath of users looking for alternative sources of income, especially in countries hard hit by the pandemic. Earlier this month, Axie became the first NFT game to hit $1 billion in sales. There is so much money involved that some experts fear NFTs could become a rife opportunity for bad actors engaged in illegal practices such as money laundering. Still, with other corporate giants, like Facebook, looking to capitalize on the thriving novel sector, the metaverse seems to be poised for further growth.

To that end, together with the CryptoPunk purchase announcement Visa has also published an NFT whitepaper, with the aim to help brands and businesses better understand NFTs and their potential.

“This is just the beginning of our work in this space,” says Sheffield. “We're really excited to see what developers build and how we can help merchants, brands and platforms connect and interact with NFT commerce.” 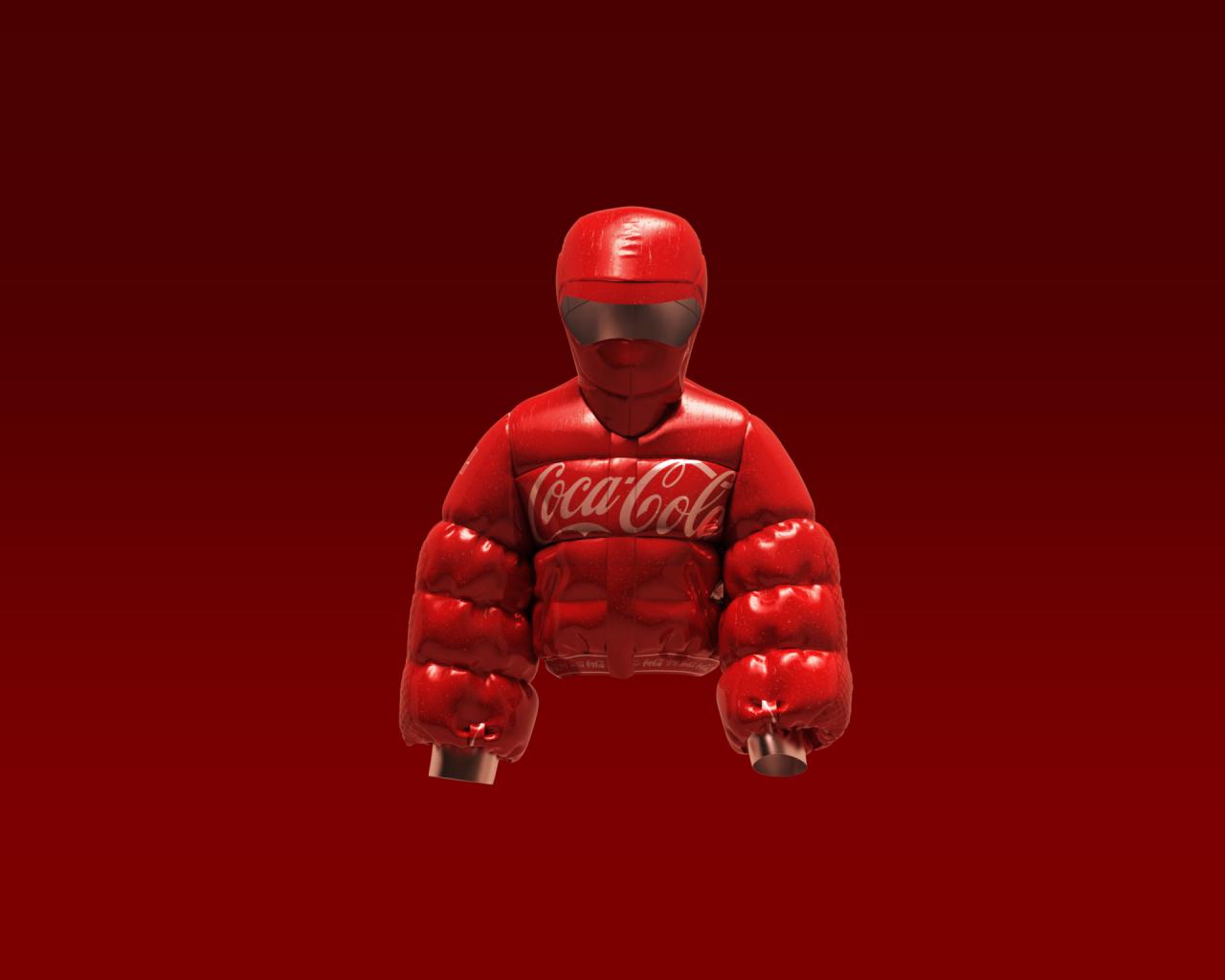 As Coca-Cola Auctions Its First NFT, More Brands Are Entering The Metaverse 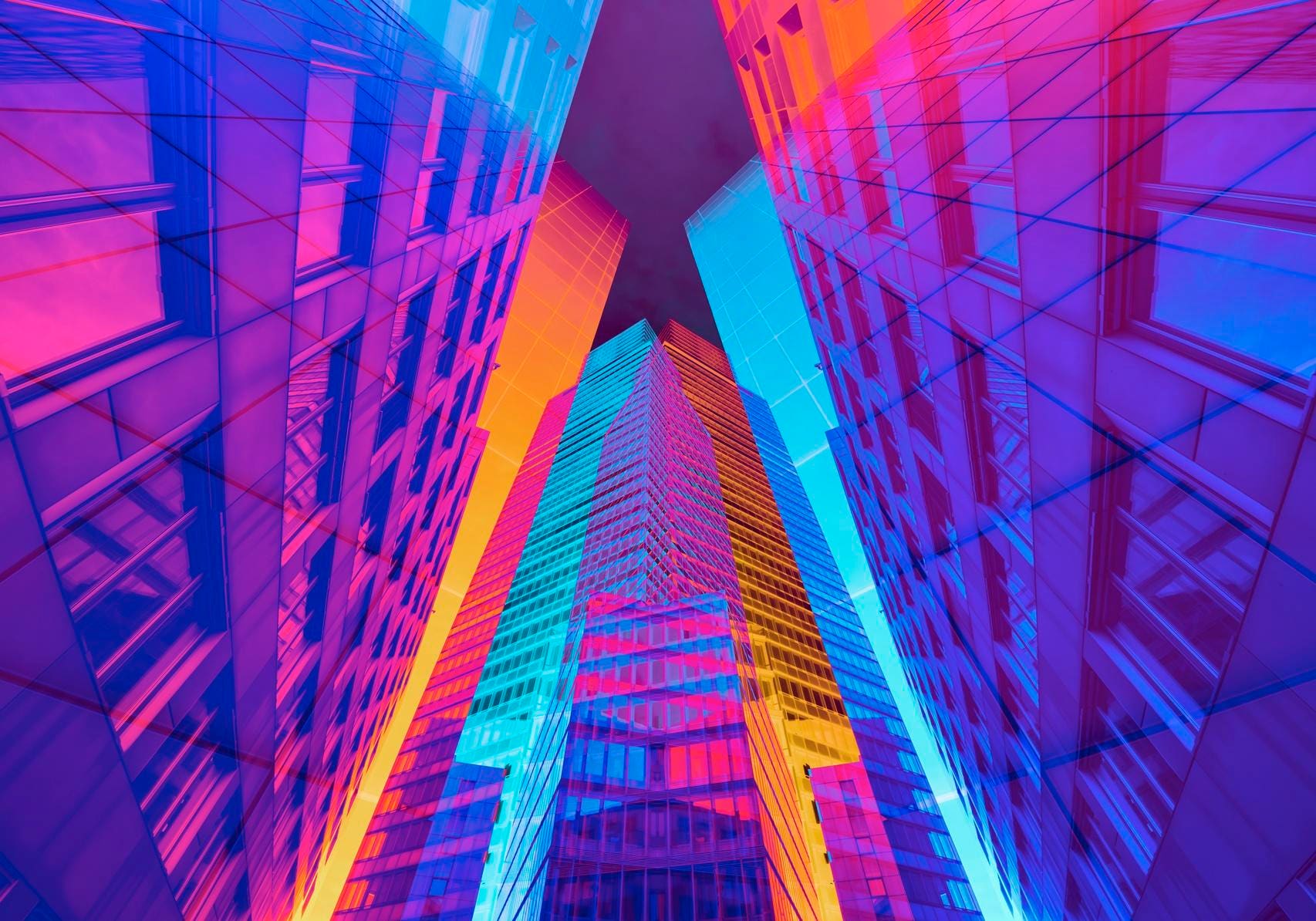 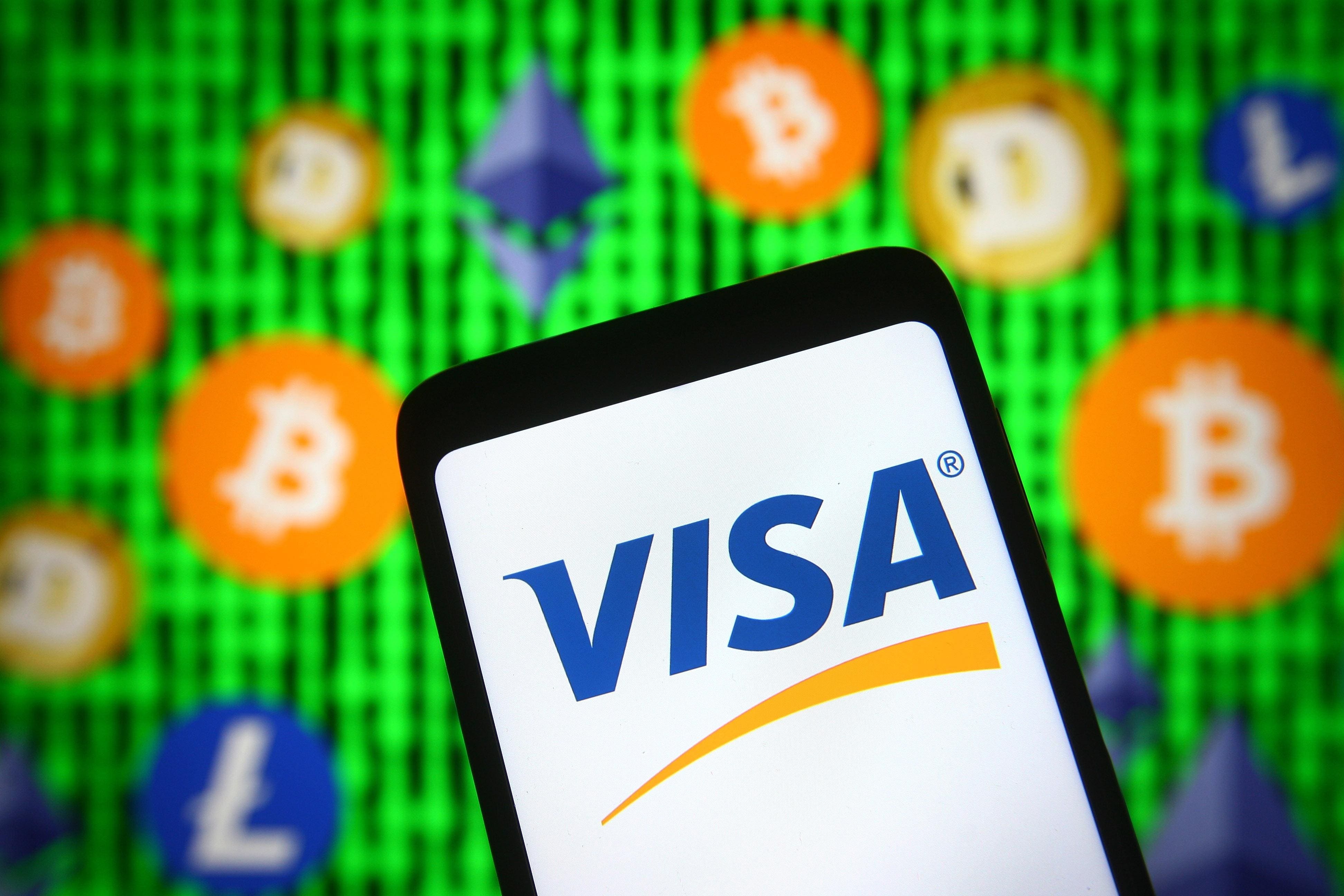