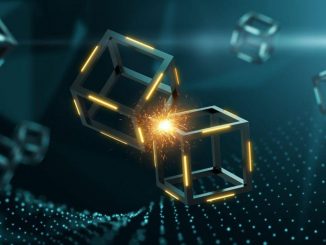 aelf (ELF), one of the world’s leading blockchain ecosystem, revealed Friday that it has become the first public blockchain developer to receive all three accreditation – Function, Performance, and Reliability from the China Institute of Electronics Technology Standardization, CESI.

The accreditation scheme run by CESI is a part of the Chinese Ministry of Industry and Information Technology (MIIT). This comes out as a strong effort by the nation to ensure complete transparency, security and functioning of blockchain systems. To be noted, the company has passed its third certification test, ‘blockchain reliability’ today, displaying exceptionally great performance.

The clamor on blockchain technology and its potentials is growing around the world today. Gradually more and more countries have adopted the distributed ledger technology for the betterment of their existing traditional centralised systems. By far, China is seen as an emerging blockchain leader. The country pinpoints blockchain to be an imperative national strategy and is vigorously promoting its application.

Earlier in May, China adopted aelf Enterprise, its first major blockchain infrastructure platform to meet the needs of future blockchain applications in Tianjin. Since then, the firm is actively struggling to pass all three accreditation by the CESI. While elf already obtained a distinction in transaction reliability and system recoverability, it has proven itself super-efficient by scoring a hundred in the reliability test too.

Haobo Ma, aelf CEO noted that “aelf has cultivated the most trusted blockchain for users that will protect them from any kind of financial or cyber-attacks. And, this certification is just another proof, indicating the integrity and core capacity of our blockchain platform.”

To be noted, the blockchain reliability test was conducted on-site by technical experts who assessed the blockchain infrastructure from five key perspectives: system fault tolerance, ease of recovery, transaction reliability, completeness and stability.

aelf Enterprise is also laying the groundwork for aelf mainnet token swap in September. Per the company, the capacity of aelf will be of great importance, when users start moving to company mainnet via mainnet token swap.

aelf will Initiate its Official Mainnet Token Swap in September 2021. In line with the project roadmap, aelf will start its mainnet swap on a random day between Sep. 1st and Sep. 15th，2021. Stay tuned.#aelf #Mainnet https://t.co/DFRCARcnfV— ælf (@aelfblockchain) August 17, 2021

Experts infer that since the mainnet went live in 2020 December, the company is striving to improve and expand its services. To which, Haobo Ma proclaimed, “We have done great struggle to make aelf mainnet the best one. And the world will soon know it in our mainnet token swap.”