Bitcoin and Ethereum are always competing with each other. Well, that’s the opinion of their respective crypto-communities. Now, while both assets are among the industry’s most significant, their market cap, valuations, and functionalities remain widely different.

However, their momentum can be best analyzed with respect to ATH-recovering abilities. The following article might help provide more clarity as to which asset has the likely upper hand right now. 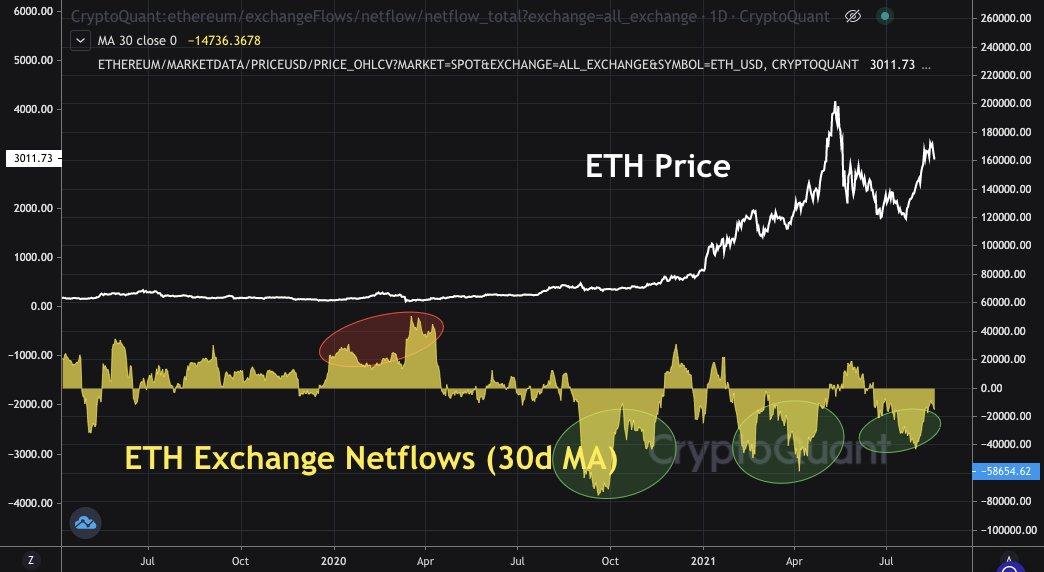 Collectively, both assets are facing high demand post-recovery as their prices are holding higher levels. However, Ether is likely facilitating a little higher demand, and their supply has also slowed down.

According to CryptoQuant CEO Ki-Young Ju, Ethereum’s sell-side liquidity crisis is still intense. Ethereum’s exchange NetFlow has remained in the negative. On the contrary, exchange reserves’ southbound movement for Bitcoin came to a halt back in May. It means that the amount of Ethereum existing on exchanges has risen, while it has been the same for Bitcoin.

Drawing an inference from the aforementioned data, Young Ju suggested that there is a greater possibility of Ethereum hitting its ATH levels again first.

Or is Bitcoin still on level footing?

Statistically, Bitcoin has lagged behind Ethereum in terms of recovery with a figure of 52.67%, at press time. In comparison, Ethereum recorded a figure of 76.68%. While numbers do favor Ether, it can be clearly observed that Bitcoin and Ethereum have maintained a strong structural correlation post 19 May.

The daily charts are strongly identical and both assets breached their major resistances on the same day. For instance, Bitcoin breached $42,000 in the early hours of 7 August. Ethereum, for its part, took a position above $3000 a few hours later on the same date.

Yet, Ethereum has a volatility advantage Now, momentum-wise, derivative traders have been expecting Ethereum to move faster over the next few days. According to Skew, the Ethereum-Bitcoin 6M Volatility spread is rising. What this means is that ETH can be expected to be more volatile. While a higher volatility expectancy can also lead to stronger corrections, in the long term, Ethereum might have a minor advantage if the trend remains bullish.

Hence, the odds are presently favoring Ethereum hitting $4356, well before Bitcoin touches $64,804. Alas, only time will tell if the momentum will remain the same in the coming weeks.