According to data from DappRadar, OpenSea has processed over 385,500 ETH worth $1.2 billion in trading volume in the last 30 days. This figure signals an astronomical increase of 932.68%.

Indeed, the $1 billion mark recorded on OpenSea is an indication of the growing use and adoption of NFTs. Celebrities, artists, sports clubs, musicians, among others continue to tap into the nascent industry by launching their various digital arts.

As reported by CryptoPotato earlier in August, New York-based American entertainment giant Marvel Entertainment unveiled the first set of NFTs of one of its comic superheroes, Spiderman, which sold out in under 24 hours. The company later launched the Captain America digital collection series.

The NFT Market is at the Embryonic Stage

Meanwhile, OpenSea’s CEO believes that the sector is still relatively new, with Finzer earlier stating that NFTs could become the new internet.

Part of his recent tweet said, “it’s still day 0 for NFTs”. If non-fungible tokens are still indeed at day 0, then OpenSea’s significant trading volume is perhaps a precursor to even more astronomical activity once their mainstream penetration reaches node lambda.

A combination of viral memetic appeal and the novelty of decentralization could push platforms like OpenSea to record even greater success.

The NFT marketplace giant earlier raised $100 million in a Series B funding round led by Andreessen Horowitz. Coupled with previous funds raised, the company’s market valuation stands at $1.5 billion.

OpenSea is also looking to add support for multiple blockchains, which would make it the first cross-blockchain NFT marketplace. 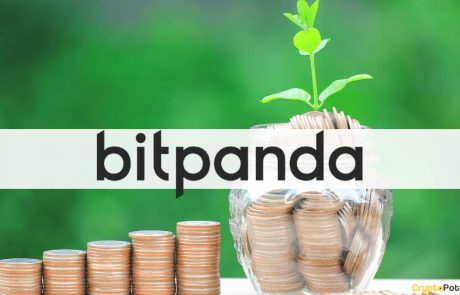 Bitpanda Now Valued at $4.1 Billion After a Funding Round Led by Peter Thiel’s Valar Ventures