New York-based blockchain data platform Chainalysis revealed on Tuesday that investors are adopting the meme coin, Dogecoin, at a level not seen since the late 2017 bull run. While long-term Doge holders have reduced their stake, new investors have increased their stake in the supply from 9% in July 2020 to 25% in August 2021.

As posted by Philip Gradwell, Chief Economist at Chainalysis, Dogecoin ownership is highly concentrated. About 106 billion DOGE, or 82% of the supply, is held by 535 entities, each occupying more than 10 million doge, or 0.01% of entities. Currently there are 4 million on-chain holders of the coin.

Doge is the most traded cryptocurrency so far in 2021. Its price rose from $0.005685 at the start of the year to a peak of 69 cents on May 7. This price hike was so significant that a Goldman Sachs executive made millions and later quit his job at the firm. Chainalysis report speculates that the Reddit community, attention of Elon Musk on-chain activity, rising trading volumes on top exchanges are some major reasons behind the coin’s popularity surge this year.

Correlation is not causation: spikes in active users and price coincide with Doge-related social media, from Reddit activity to Elon Musk tweets. But an increase in on-chain activity around these events indicates the strength of the response.— Philip Gradwell (@philip_gradwell) August 16, 2021

Just saw the $DOGE volume on Coinbase the past week and my god There have been some massive buyers 200m USD a day of Doge in volume on CB alone (DIrect fiat on ramp) starting a week ago While I'm not trading it to $1+ I do think it will get there. My goal is .40-.45 pic.twitter.com/VBtdAWtdjk— Pentoshi 🐧 Wont DM You (@Pentosh1) August 15, 2021

As previously reported by CoinGape, Coinbase is the largest crypto exchange of the United States and this volume spike may have analysts convinced that DOGE is turning bullish again and that the retail investors are piling back into the coin. Market influencers like Elon Musk and Mark Cuban have also largely influenced the general mass in building up a bullish sentiment surrounding the coin.

I don't shill Doge. I shill the prods & services of my companies. Where we allow people to pay in ANY crypto, 95% of the sales are in DOGE. Customers CHOOSE to use DOGE. We can argue everything and anything re BTC, but right now DOGE is the people's way to pay. #DOGEFACTS https://t.co/59HbSIWh8w— Mark Cuban (@mcuban) August 15, 2021

As per Gradwell, meme coin Dogecoin is directly linked with the craziness and creativity of the internet. Its price surge indicates that cryptocurrencies are being largely utilized in branding for financial assets. Although the demand and price of the coin is driven by social media, the coin is similar to all the other existing assets.

Dogecoin was trading at $0.3156 after losing 1.32% in the past 24-hours. The meme coin has managed to gain 42% over the past week and it is looking forward to making further price leaps. 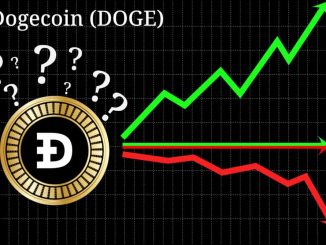 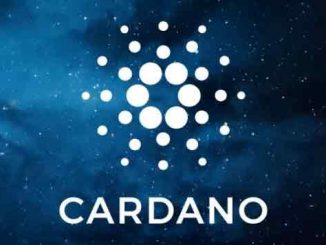