Bitcoin price has finally broken out of its near 2 month range below $40,000. After nearly 3 months of boring downtrend, the bulls have awoken from their slumber & pushed BTC to nearly $50,000. The overall market has followed BTC’s lead as some alt coins have surged nearly 300% from their lows. After an $18,000 pump in 3 weeks, traders are wondering when a pullback will occur. It seems as if price has been losing steam the last few days which may indicate a short term pullback is near. This will allow BTC to continue rising in a healthy manner.

Ever since the low of $29,000 was set, Bitcoin has surged nearly 70% to $48,000. The BTC price action over the last week has formed a rising wedge, which is shown in light blue. This is a bearish pattern & will activate once price breaks the bottom trend of the pattern.

At the time of writing, BTC price has stalled at its major resistance zone found from $48,000- $50,000. For BTC to negate this bearish pattern it must break & hold this resistance zone. If this occurs , price will likely break the top trend of its rising wedge & potentially go on to surge past $50,000. 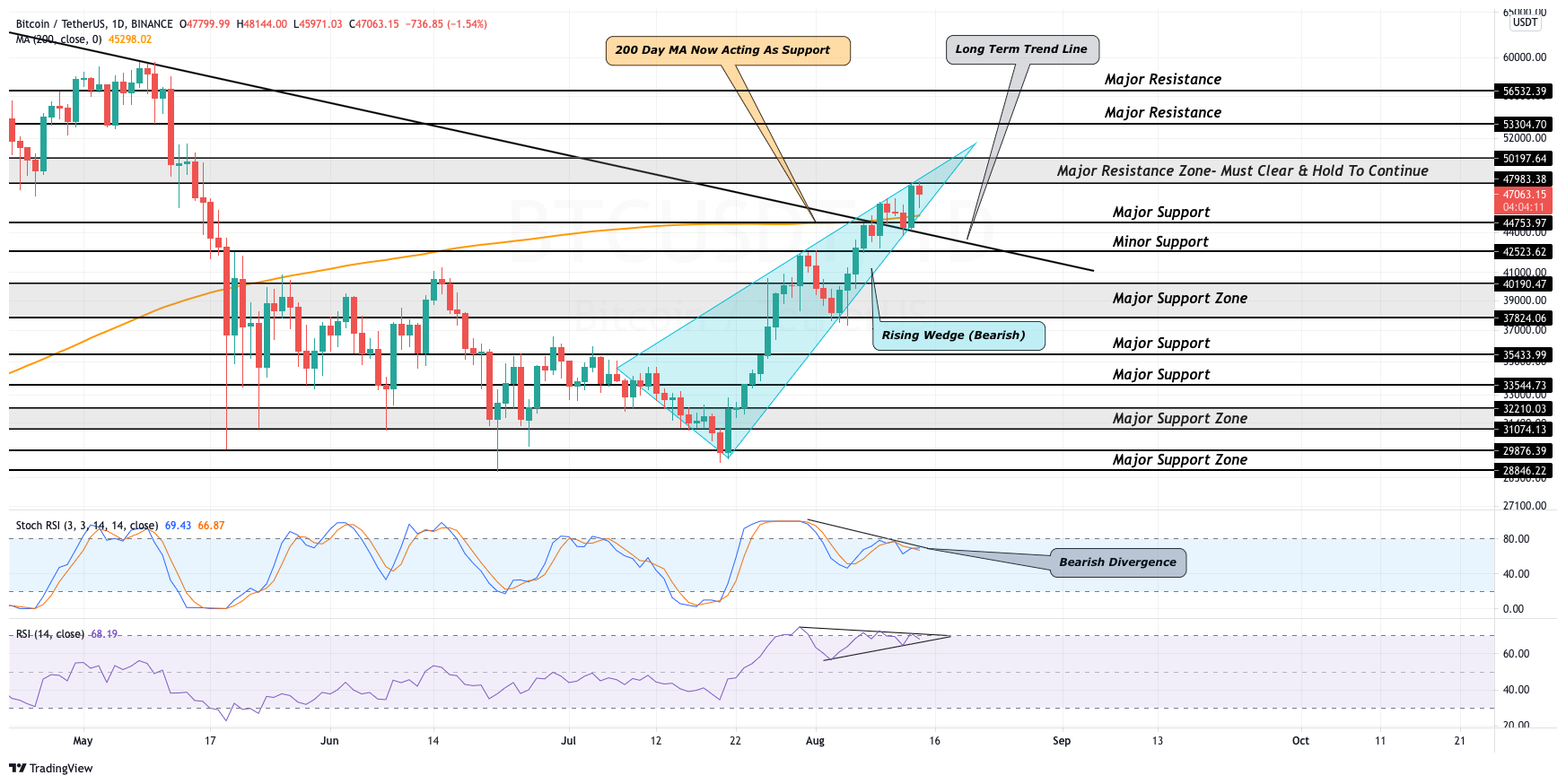 Just over the past week, bulls have managed to break two very important marks. The first being a long term trend line & the second being the 200MA which has acted as resistance for nearly 3 months. In the likely case that BTC fails to break over its major resistance zone, price will have support at $44,700, the long term trend line & the 200MA. All of these marks are in the same general area & breaking below these will cause a cascade of selling back to at minimum the minor support found at $42,500. The healthiest scenario would be for BTC to retrace back to the major support zone found at $38,000-$40,100. This would retest the previous two month resistance as support and will pave the way for $50,000+.